Sensible, rational discussion of important issues will achieve far more progress than conflict and a retreat to stereotypes. 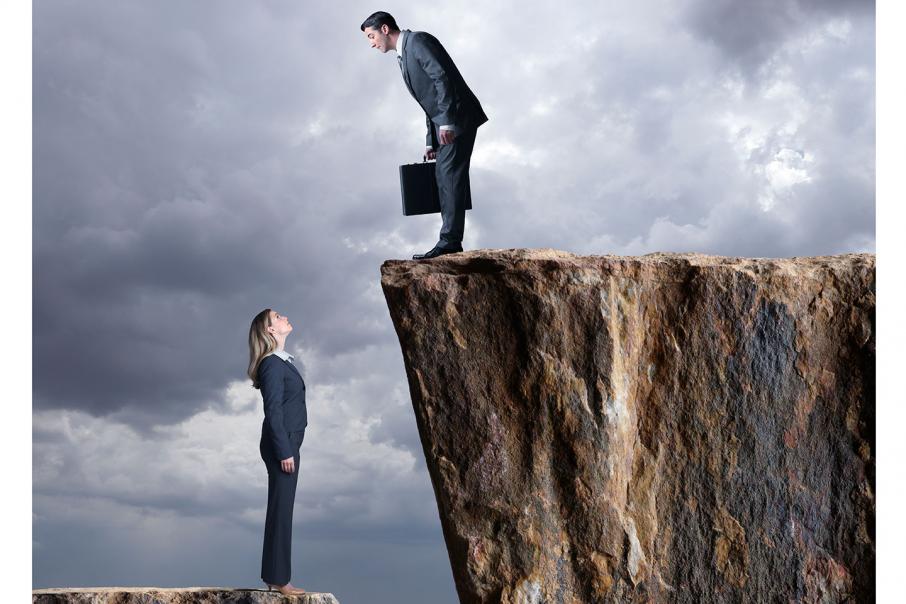 Sensible, rational discussion of important issues will achieve far more progress than conflict and a retreat to stereotypes.

One of the unexpected advantages of this supersized election campaign we’re all living through is my seven-year-old son’s interest in politics.

There’s so much campaigning it’s even managed to make itself heard above the noise of ninjas, Lego, sharks, outer space and all the other things that fill a little boy’s head.

His grasp of the election process may be a bit shaky, yet his key takeaway really surprised with its maturity.

Granted, there may be a degree of flow-through from overheard parental discussions in his answer, but when I asked what the most important issue was for the new prime minster, he said: “Making sure girls get paid as much as boys.”

It was proud moment for me, and his take on gender equity cut to the quick in a week when the business press was dominated by little story about a bank, a stockbroker, and a chief financial officer.

My first thought when I read the breaking news on Angus Aitken’s departure from Bell Potter was that I’d misunderstood the story or missed some vital element that would fit with the shrill headlines and accusations of sexism.

The furore arose after Mr Aitken took a shot at ANZ’s incoming chief financial officer, Michelle Jablko, with claims that she was “one of the dumber appointments … another reason not to own this stock”.

Mr Aitken went on to say that former investment bankers were “pretty crap” at most things in the listed world.

This provoked ANZ’s head of corporate affairs, Paul Edwards, to tweet that sexism was “alive and well in stockbroking”.

This seems entirely possible, but Mr Aitken’s comments on Ms Jablko’s suitability to her new post were not sexist.

I might be wrong, but for the life of me I can’t see how it’s sexist.

And was it unfair to point out that her most recent deal was advising Slater and Gordon on its disastrous investment in UK professional services firm Quindell?

It’s not discriminatory; it might be pejorative and the bank has the right to disagree with Mr Aitken’s seemingly off-the-cuff analysis and defend its leadership team, but this is not a gender issue.

I’ve got no idea whether Mr Aitken is sexist or what his attitude to women is and I have no intention of trying to intuit this from a client note.

Mr Edwards has done women in finance a great disservice, not to mention women working in financial services, engineering, media, medicine, education, manufacturing, childcare, horticulture … I think you probably get my drift.

And it’s maddening because I’m sure there are dozens of examples of gender inequality in finance.

Inequality that’s built-in, concreted into systems across many industries, including my corner of the world.

Mr Edwards and his ilk do for women in the workforce is reducing them to a special interest group.

This is one of the key reasons women and men are wary of moves to introduce mechanisms such as gender quotas.

The fear is that these sorts of campaigns further marginalise women rather than forging real change.

It was the women at my table at a recent women in management dinner who audibly drew breath when the federal sex discrimination commissioner, Kate Jenkins, spoke about ANZ’s move to pay superannuation to staff members during parental leave.

Ms Jenkins spoke of Australia’s inability to let go of traditional gender roles and the work being done to better understand the genesis of these beliefs.

She recasts moves to eradicate gender inequality in the workplace as an end to the ‘leg-up’ men have enjoyed for generations, rather than creating special conditions for women.

Ms Jenkins pointed out that we’ve had anti-discrimination legislation and sexual discrimination laws for decades, and yet there’s still a pay gap and a more alarming gulf between the average superannuation savings of women and men.

What I don’t want (and I’m pretty confident no women wants or deserves) is men and women dressing up conflict or debate as sexism.

Absent among the shrill headlines was any comment from Ms Jablko.

Her silence speaks volumes, and I reckon even my seven year old could explain why.