Back to basics at school

The current school curriculum seems to have strayed a long way from the basics. 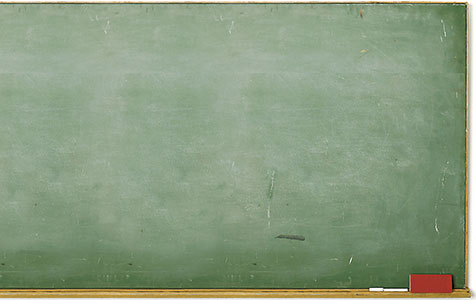 BASICS: Academic discipline, hard work and a positive attitude to learning need to be encouraged in the students of today.

Harold Bailey is one of my Western Australian heroes, although I’m sure very few readers will have heard of him.

Bailey was an acclaimed scholar of Khotanes, Sanskrit, and Iranian languages.

Although born in England, from the age of 10 he lived in WA’s central Wheatbelt, without formal education.

During those rustic years, however, Bailey learned, from books he managed to acquire, the following languages – German, Italian, Spanish, Latin and Greek.

He added Russian by borrowing books from a neighbour.

According to his Wikipedia entry: “After he grew interested in the lettering on tea-chests from India, he acquired a book of Bible selections translated into languages with non-European scripts, including Tamil, Arabic, and Japanese.

“By the time he had left home, he was reading Averstan as well.”

Not surprisingly, in the 1920s Bailey attended the state’s then only tertiary institution, the University of Western Australia, located at that time on Irwin Street in the city.

On completing his masters on “the religious views of Euripides as exemplified in his dramas” in 1927, he won a Hackett studentship to Oxford University.

From here on he rose to scholarly heights, including teaching at London School of Oriental Studies and Queen’s College, Cambridge.

Bailey, who died in 1996, was knighted for services to Oriental studies in 1960.

Why relate these outstanding achievements of the late Sir Harold, who’s fairly described as a long-forgotten former Wheatbelt lad?

Why focus upon someone who had the educational odds stacked well and truly against him, yet became a gold medal scholar?

Because I’ve long believed accomplished learning doesn’t depend upon the education sector being awash with funding, something politicians go on about, primarily, if not solely, to attract votes with little thought for real educational achievements and standards.

True, facilities such as classrooms, libraries and limited ancillary extras are needed.

But what’s surplus to needs is the huge and costly bureaucracy – especially in Canberra – that invariably promotes faddish, generally green-leftist oriented curriculums, and movement away from basic tried-and-tested traditional course work.

Does any of this ideologically motivated paraphernalia result in improved outcomes or diminished returns?

Billions of dollars, especially from Canberra, have flowed into efforts to improve education standards in recent years.

And Australian Council for Educational Research analyst John Ainley has shown performance – according to several international assessments – of Australian 15 year olds has declined in reading and maths since 1992.

That clearly shows that ever-more money isn’t the answer, and in fact has brought about regression.

Last year, I attended the centenary dinner to commemorate the 1913 arrival of the Marist brothers in WA to begin teaching at New Norcia’s St Ildephonsus’ College.

The dinner’s keynote address was by Nobel Prize laureate Barry Marshall, a Subiaco Marist College alumnus whose praise highlighted Marist teachers he’d encountered for their creation of an intellectually inquiring milieu at his modestly endowed school.

He even recalled individual unsalaried brothers, some who had earlier taught me at New Norcia, where they’d similarly promoted learning.

The account of his Subi school days was an insightful reminder of my own experiences.

That, plus my parents’ constant urgings to study hard, was the crucial ingredient in my limited educational successes, which, regrettably, don’t match Sir Harold’s or those of Professor Marshall.

But apart from the school fees – low by today’s standards – and St Ildephonsus’ modest facilities, those achievements came without today’s ever-increasing paraphernalia and theorising by growing cohorts of distant bureaucrats.

Of course, not everyone can or needs be a multi-linguist.

And of course not everyone needs to attend university.

But aspiring toward high intellectual endeavour is the bedrock of all true learning, and thus successful and fulfilling careers – be this academically oriented of technically or craft based.

What’s needed today is costless encouragement and motivating of our young, like Harold Bailey in his formative years.

The key to this is the inspiring of students by parents, relatives, family friends, and teachers.

Without that all the greenbacks in the US Federal Reserve won’t enhance learning.

Cultivating motivation and old-fashioned disciplined study practices in our young are the determining ingredients that cost nothing; something few if any of our big spending politicians appear to appreciate.