Shares in Azumah Resources have jumped by more than 50% on spectacular gold hits from its Wa project in Ghana, including 44m at 5.37 g/t gold. The West African-focused explorer believes a new geological model has led it to a high-grade oreshoot that could plunge to extensive depths and may lead to a material upgrade in resources. The company has enough funding to find out too. 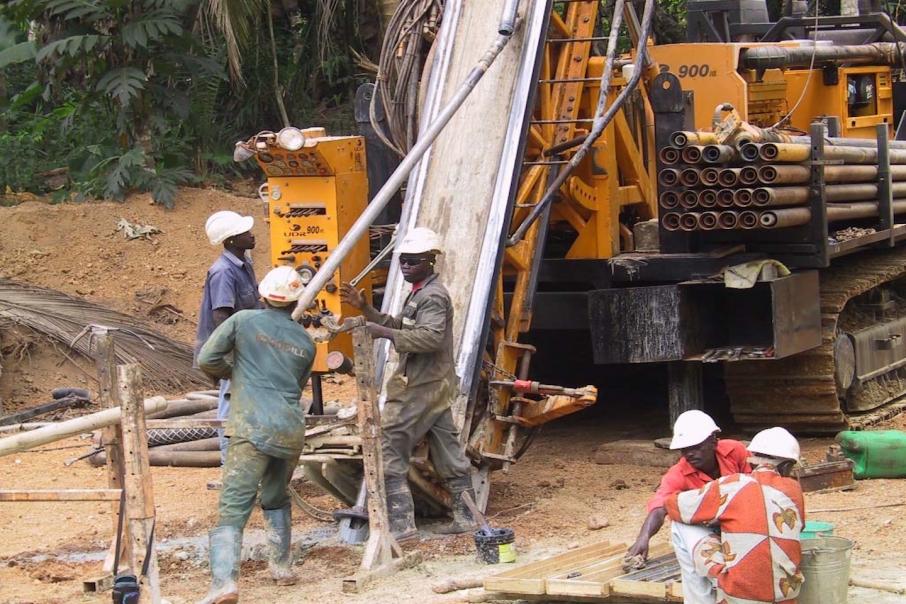 Azumah Resources shares have soared on news of a spectacular drill hit at its Wa gold project in Ghana, based on a new geological model that appears to have delivered a breakthrough.

The West Africa-focused gold explorer nailed its latest round of drilling at the Kunche prospect that included a game changing 44m intercept averaging 5.37 g/t from 99m down-hole.

The results sent the company’s shares up 56 per cent to 3.6 cents by the close of trade yesterday.

Azumah said the latest drilling appeared to have stumbled across a new high-grade shoot that is possibly a primary feeder zone likely to have extensive depth.

The newly defined zone was confirmed by two other drillholes, which produced best results of 27m at 2.43 g/t and 9m at 3.9 g/t, with both intercepts containing significant high-grade intervals.

Interestingly, the latest drilling campaign was based on a new geological model that is now looking positively inspiring. The exceptional high-grade results suggest the company is now on the right path to building its reserve base in West Africa to a level that can support a stand-alone project.

The Wa project already has a mineral resource of 2.1 million ounces of gold and a 624,000-ounce ore reserve at an average grade of 2.14 g/t.

Private equity group Ibaera is carrying exploration costs as part of a $17.5 million farm-in agreement under which it can earn up to 47.5 per cent of the project.

Azumah managing director, Stephen Stone, said: “These excellent intercepts are a genuine game-changer for the Wa gold project and increase our confidence that we can materially boost mineral resources and ore reserves.”

Ibaera’s General Manager of Geology, Paul L’Herpiniere, said: “These drill results dramatically open up the possibility that mineralisation at Kunche could extend to considerable depth – consistent with similar-style gold deposits around the world. We consider this validation of our new targeting model to be an important breakthrough for the project and are extremely confident that the true potential of the project is now emerging.”

Investors will not be left wondering for very long either. The joint venture partners are at the early stages of a massive 47,000m program of RC, diamond, aircore and augur drilling that will produce a flood of results right through until August.

Things are starting to look very interesting for Azumah. With a reasonably shallow reserve of 600,000 ounces going over 2 grams a tonne already and a few crazy drill holes regularly popping up, the magical million ounce reserve might not be out of the question.