Azumah Resources has advised shareholders to ignore a 2.8c a share takeover bid from Ibaera Capital, its private equity partner in the Wa gold project in Ghana, saying the offer appears opportunistic given the recent strengthening in gold prices and it overlooks the upside potential of the recent Bepkong underground deposit discovery. Azumah says that Ibaera has paid up to 3.7c a share in the past for its stock. 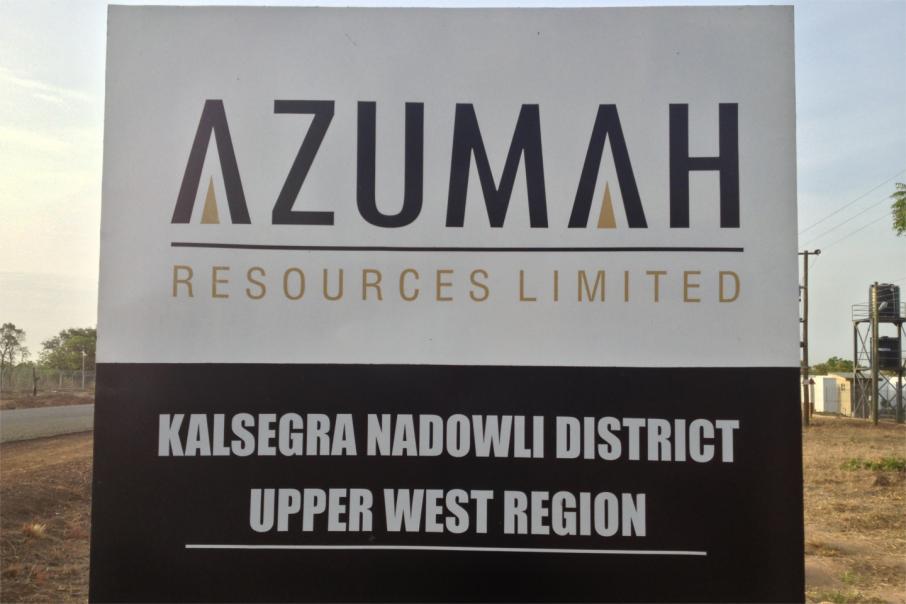 The directors of West African focussed gold developer, Azumah Resources, say that this week’s unsolicited takeover offer from large shareholder and private equity partner, Ibaera Capital, appears opportunistic given that the group initially paid up to 3.7 cents per Azumah share to acquire its current holding in the company.

The off-market, all cash takeover offer of 2.8 cents per share, is for all of the shares in Azumah that Ibaera does not already own. Azumah currently owns just shy of 58% of the Wa gold project with Ibaera holding the balance.

The deal would come gift-wrapped for Ibaera however, as it would also get its hands on Azumah’s approximately $3m in cash and share investments if it were ultimately successful in its takeover bid.

The offer came via a Bidder’s Statement from Ibaera Capital earlier this week, with Azumah now busy drafting its own right of reply in a Target’s Statement that will be overseen by heavyweight Perth-based corporate advisor, Azure Capital.

A ballooning gold price of USD$1,500 an ounce, has added considerable gloss to Azumah’s already attractive looking Wa gold project, which is well on its way towards a feasibility study in early 2020, with a decision on the project’s potential push into production due shortly thereafter.

According to Azumah, at an assumed gold price of USD$1,500 per ounce, Wa is expected to spit out free cash of around USD$448 million over 11 years on a pre-tax but post-royalty basis, at an impressive internal rate of return, or “IRR”, of about 54%.

This compares to the previous scoping study cash flow numbers completed back in January at a more depressed gold price of USD$1,300 per ounce, which showed USD$270 million in free cash at an IRR of 35%.

While this appears to be a robust result in its own right, the numbers specifically exclude any further upside from the potential development of the Bepkong underground deposit and incremental ore reserve upgrades located within a suitable trucking distance of the proposed 1.8 million tonne per annum processing facility near the large Kunche deposit.

The Bepkong underground deposit already boasts a mineral resource estimate of about 280,000 ounces of gold.

Speaking recently about the Wa gold project, Managing Director Steve Stone said: “It’s a particularly exciting time right now for Azumah and the Wa gold project as we are on the home straight to deliver an economically robust, long-life gold mine development for Ghana’s Upper West region, fully supported by the local community and Ghanaian government at all levels.”

With the gold price getting all stratospheric lately, there has been a flurry of activity in the gold space with companies easily raising capital and takeover bids becoming commonplace, with some failing and some getting the nod of approval.

One that appears to be a little more friendly than the Ibaera/Azumah bid is the $242.6m takeover of Echo Resources by gold trojan, Northern Star, who is looking to get its foot on Echo’s 1.76 million ounce resource Yandal gold project in Western Australia, that also holds 820,000 ounces in reserve.

That deal valued Echo’s in ground reserves at $275 an ounce and its resources at $128 an ounce. Echo’s project comes with a mothballed processing facility, about $16.8m in cash and proximity to Northern Star’s existing operations.

The Ibaera offer effectively values Azumah at $27.4m, which includes its 57.5% holding in the Wa project and its $3m in cash and investments.

Wa looks to be a solid asset with Azumah’s latest predictions based on a gold price of USD$1,500 an ounce showing annual free cash amounts of just under AUD$60m per annum for 11 years loaded to the kitty before tax.