ASX listed Azumah Resources has announced some impressive gold intersections from its maiden drilling program at the Butele North target in Ghana. Results include a 6m intersection grading 1.86 g/t gold from the southernmost line. Private equity firm Ibaera Capital has agreed to plough $17.5m into the project for a 47.5% interest even though Azumah’s entire market cap is only $17.5m. 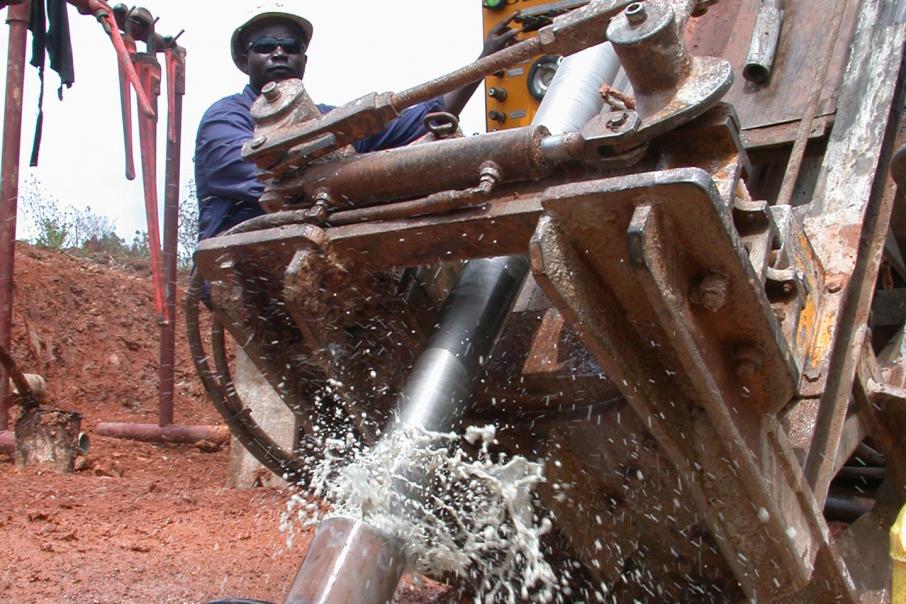 Azumah Resources has hit an encouraging drill intersection in its first pass at a new target identified from geochemical analysis of samples taken just below the transported cover at the Butele North prospect.

Butele North is part of Azumah’s expansive “Wa” Gold project located in the northwest of Ghana in West Africa.

The wider project area at Wa contains an impressive ore reserve of 624,000 oz of gold at a grade of 2.14 grams per tonne within a broader JORC compliant mineral resource of 41.5 million tonnes grading 1.5 g/t gold for 2.06 million ounces.

This project appears to have largely flown under the radar to-date, however late last year it received a golden shot in the arm when the company executed a transformative “Earn-in and Shareholders Agreement” with private equity group Ibaera Capital.

Under the terms of the agreement, Ibaera can earn a 47.5% direct interest in Azumah’s Wa project by spending A$17.5M. on it over two years.

In addition to the cash injection, Ibaera also brings an experienced, multi-disciplinary technical team, the core of whom were key members of the business development team at Fortescue Metals Group in the years before production commenced at FMG’s operations in the Pilbara in 2008.

James Wallbank, Ibaera’s Managing Partner said: “Azumah’s Wa Gold Project ticks all of Ibaera’s demanding criteria for investment and our commitment comes after considering many projects and a rigorous due diligence.”

A high level activity and news flow from Azumah is now expected in 2018, with 47,000 metres of combined auger, aircore, RC and diamond drilling for ~US$4.6M already planned.

The latest set of results reinforce Azumah’s intuition that the Wa project may well have the potential to produce a million ounce gold ore reserve across its 2400km2 tenement portfolio.

Gold mineralisation is obscured by shallow cover in this region and hence, few historical or artisanal workings are evident. Azumah has successfully traversed this “blind” mineralisation with a combination of geophysical and geochemical exploration techniques, followed by extensive drilling programs.

Over 10,000 drill holes for a combined length of 500km have been completed at the Wa Gold project since the company listed in 2006.

Numerous similar auger gold anomalies still remain untested at Wa and Azumah is spoilt for choice when determining its targets.

Azumah Managing Director, Stephen Stone said: “Obtaining an ore-grade intercept from first-pass RC drilling of any geochemical anomaly is a tremendous start. Along with similar recent successes to this latest one at the new Butele North target, the opportunity to increase resources and reserves at Azumah’s Wa Gold Project becomes very apparent”.

“With many more targets to be tested, we are optimistic that the current multi-target auger, aircore and RC drilling campaigns being designed and managed by joint venture partner Ibaera will continue to drive the Project closer to our immediate objective of a 1 million ounce Ore Reserve.”

The Wa project is one of the largest coherent and genuinely prospective, under-explored land packages in West Africa. Gold mineralisation is generally localised in the Birimian greenstone sequences that host the majority of the region’s major gold deposits.

The West African Craton is similar in age and geological setting to the Yilgarn Craton of Western Australia, however the Yilgarn has been mined for one hundred more years.

Azumah reports that auger, aircore and RC drilling campaigns are underway across several new exploratory targets to extend existing mineralisation down-dip and along strike from the Kunche, Julie and Bepkong ore systems, which hold the company’s ore reserve inventory.

Management expects to report further results in coming weeks for development drilling that is ongoing at Kunche, where it is targeting gold mineralisation down-plunge of the existing 309,000 ounce ore reserve.

Azumah has two 15-year mining leases granted over its key deposits and no technical, social or environmental impediments have been identified to-date. The project is also in one of the safest jurisdictions on the African continent.

Extensive metallurgical test work has consistently confirmed a high overall gold recovery of ~92% from the major deposits and the Wa project is surrounded by excellent regional infrastructure including grid power,  quality roads, easy access to water, a sealed airstrip and good general communications.

With a shallow mineral reserve of over 600,000 ounces going over 2 grams per tonne gold already in the bag at Wa, it is hard to see how Azumah’s African gold play has flown under the radar to-date.

That may all be about to change however as Ibaera pours the contents of its deep pockets into the project over the next two years.