Azumah hits five ounces to the tonne gold in Ghana

ASX-listed Azumah Resources has intersected narrow but exceptionally high-grade gold zones of up to 0.5m @ 168.3g/t gold from 650.5m down-hole while hunting for depth extensions to its flagship Kunche deposit in Ghana. This follows on recent confirmation of substantial gold mineralisation to 580m below the surface at the Bepkong deposit and provides geological information to guide the next phase of drilling. 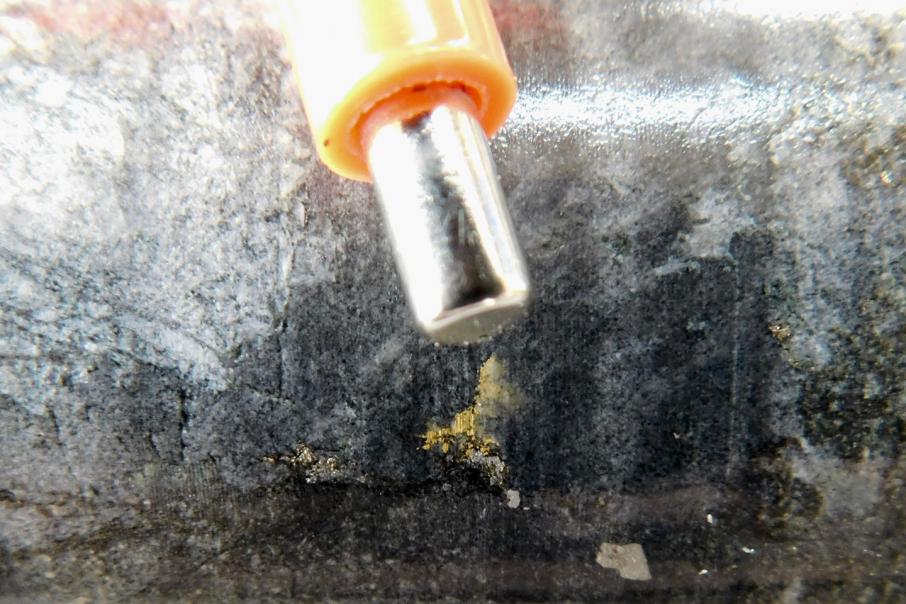 ASX-listed Azumah Resources has intersected over five ounces to the tonne gold while hunting for depth extensions to its flagship Kunche deposit in Ghana.

Management said the discovery of gold at these depths marks a step-change in depth expectations for the Kunche deposit and provides considerable geological information to guide the next phase of drilling.

It also follows up on recent confirmation of substantial gold mineralisation to 580m below the surface at the Bepkong deposit.

Notably, neither the current global mineral resource of 2.5 million ounces within the broader Wa project nor the proposed 107,000 ounces of gold per year open cut mining operation include any of the recent below-pit discoveries.

The next phase of drilling will infill back up towards the surface and probe for mineralisation to even greater depths as other orogenic, structurally controlled ore deposits are known to extend to over two kilometres of depth, in similar regions of the globe.

Further drilling results from both Kunche and Bepkong are due in the coming months.

Azumah Managing Director Stephen Stone said: “The first phase of deep, widely-spaced exploratory drilling at our flagship Kunche deposit has intersected mineralisation to at least 500 metres below surface and returned some exceptionally high-grade intercepts of up to 5oz per tonne.”

“These results raise our expectations for multiple mineralised lodes extending below the planned 1.5 kilometre long Kunche open pit, as is the case with the recently delineated and nearby Bepkong East Lode discovery.”

“Given the excellent drilling results since our last Wa Gold Project mineral resource upgrade in September 2018, we would expect to be able increase the current 2.5 million ounces especially as we undertake further exploration below and in the vicinity of existing deposits and more generally across our vast tenure of prospective Birimian terrain, the host rocks to a majority of West Africa’s world-class gold mines.”

Besides its 2.5 million ounce mineral resource, the Wa project also hosts an ore reserve of 18 million tonnes grading 1.77g/t gold for 1.03 million ounces of contained gold that is based around the main Kunche, Bepkong and Julie gold deposits.

This ore reserve underpins plans to develop a 107,000 ounce per annum open pit with an 11-year mine life.

A conventional carbon-in-leach plant with a nameplate capacity of 2.3 million tonnes per annum throughput is envisaged for the oxide ore streams emanating from the Wa gold project.

The feasibility study for Wa is expected in the third quarter of 2019, with a development decision expected shortly after that.