The latest drilling results from Azumah Resources’ Wa East prospect in north western Ghana have confirmed the overall prospectivity of the region and will most likely have positive implications for future increases in mineral resources and ore reserves at the broader Wa gold project. Results up to 2.44m @ 7.12g/t gold from 106m and 20m @ 1.44g/t gold from 121m in the same hole, have extended mineralisation by 80m. 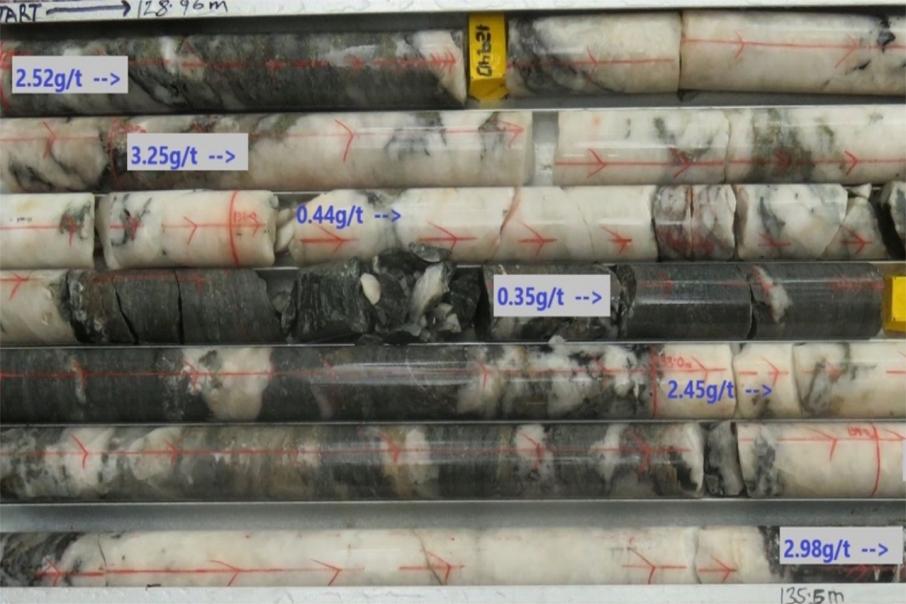 Aspiring West African-focussed explorer Azumah Resources has extended its gold mineralised zone by at least another 80 metres down dip, after yet another successful round of diamond drilling at the “Wa” East project in northwest Ghana.

Primary gold mineralisation was also extended at the nearby Julie Far East and Danyawu prospects and the regional Josephine South prospect, about 25km to the southwest.

Azumah said the results extended the historical intersection another 40m down-dip and 115m along strike.

At Danyawu, narrow 1m intersections extended mineralisation down-dip and further to the northeast.

At Josephine South, 6 RC holes for 464m were designed to test geochemical anomalies that had been the focus of artisanal gold mining activity.

Metre intervals at 4.2g/t gold from 44m down-hole and 1.58g/t from 51m down-hole were also returned in separate drill holes from the short program.

The company said that further drilling is required to test if the zones broaden and perhaps increase in grade closer to main area of historical surface workings at Josephine South.

Azumah Managing Director Stephen Stone said: “The latest results from the Wa East camp provide further validation that there is considerably more mineralisation to be identified in and around existing deposits and prospects.”

“Multi-target drilling campaigns are scheduled to recommence as soon as seasonal rains abate and we remain on schedule to report an interim Ore Reserve and overall Wa Gold Project study update by the end of 2018.”

According to management, the latest drilling results confirm the overall prospectivity of the Wa East camp and will have positive implications for future increases in mineral resources and ore reserves for its larger Wa gold project in Ghana.

The current JORC-compliant ore reserve for the Wa project is 624,000 ounces grading 2.14g/t gold, from a larger mineral resource of 41.5 million tonnes grading 1.5g/t for just under 2.1 million ounces of gold.

The company is steadily building its gold inventory towards a critical mass of 1 million ounces of reserves and an upgrade to the mineral resources is on-schedule for reporting before the end of 2018.

Azumah also received data from a recent airborne electromagnetic survey over the Wa East region and will be reported once the company has fully evaluated and interpreted the new information.