Australian Potash is moving to the due diligence phase of its application for federal funding through the Northern Australia Infrastructure Facility to support the DFS for its Lake Wells SOP fertilizer project near Laverton in WA.  Whilst there are no guarantees, the company said the transition from the strategic assessment phase to due diligence was a positive step in its plans for funding support at Lake Wells.

The Northern Australia Infrastructure Facility is a $5 billion fund that was set up to provide loans to infrastructure projects in northern Australia that have a material public benefit and provide an indigenous engagement strategy.  The facility has the capacity to loan up to 100 per cent of the debt for a project provided there is appropriate risk sharing.  Loans can also be offered on concessional terms based on the ability of the project to repay or refinance.

Australian Potash’s Lake Wells liquid sulphate of potash, or “SOP”, project near Laverton, WA, is something of a cross between a possible mining operation and an agricultural play given that its end product is fertilizer that will be used in the agricultural industry.

The company’s definitive feasibility study has been on the street since August last year and shows a whopping annual pre-tax free cash flow of $100 million a year via the production of 150,000 tonnes of SOP per year.

The high-level study also estimates capex at a relatively palatable $208 million that includes a $20 million contingency.

Its predicted pre-tax net present value at $665 million is also right up there with any major mining operation.

Additionally, life of mine cash costs are estimated at USD$262 per tonne, which the company said places Lake Wells in the first quartile of the SOP fertiliser cost curve amongst its peers.  These estimates were calculated using an average life of mine SOP price of USD$614 per tonne.

The company said production could begin within 24 months of the it reaching a final investment decision on the project while pre-tax payback is expected within four years.

Australian Potash said Lake Wells has an ore reserve of 3.6 million tonnes of SOP that could lead to over $3 billion in revenues from the production of 4.5Mt of SOP over the 30-year mine life with remaining outputs to be potentially sourced from a high-certainty measured resource of 18.1Mt of SOP.

Success with an application for federal funding will provide a much-needed shot in the arm for Australian Potash at a time when capital is difficult to access.

Australian Potash Managing Director and CEO, Matthew Shackleton said: “The NAIF and APC have engaged on a very proactive basis to date on the LSOP funding application, and it is pleasing that the NAIF has committed to the formal due diligence process. APC’s Board looks forward to further updating shareholders on its progress on the various funding and offtake initiatives, and permitting status, for the LSOP in the near future.”

Substantial shareholders as published in the annual report.
END_OF_DOCUMENT_TOKEN_TO_BE_REPLACED
Powered by Morningstar ®
Next Articles 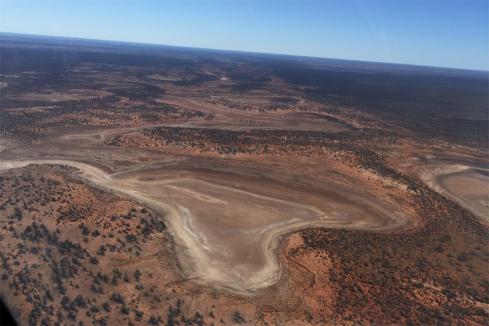