ASX-listed Australian Potash has started final field programs in the Definitive Feasibility Study for its Lake Wells sulphate of potash project near Laverton, WA. The company will drill up to three production wells for long term pump testing to confirm flow rates and construct trial evaporation ponds to establish the optimal commercial-scale pond design, in terms of cost of construction and effectiveness of the design. 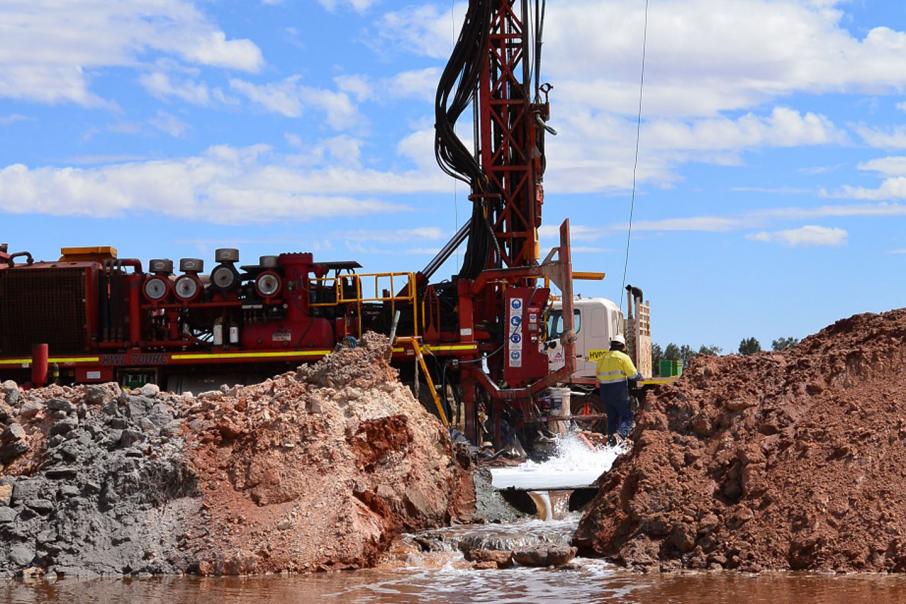 Just a month after successfully manufacturing high-grade sulphate of potash, or “SOP”, at its pilot processing plant in Perth, Australian Potash has now started final field programs in the Definitive Feasibility Study for its Lake Wells project near Laverton, WA.

In January, the ASX-listed company produced SOP that exceeded its previous expectations of product quality from the first raw salt products that were transported from the pilot pond network at Lake Wells.

Preliminary analysis of the 65kg of product produced in the first production run indicated a SOP with purity of 98%.

Australian Potash is now planning to drill up to three production wells to depths of between 140m and 170m along with three monitoring bores per production well to plot aquifer response during pump-testing.

These new wells will complement the two production bores completed since the calculation of the reported resource of 14.7 million tonnes of contained SOP in March 2017.

The company will then carry out long term pump testing of the production wells to confirm flow rates. This data will be used to underpin the hydro-flow model for the bore-field design.

Diamond drilling will also be carried out to recover basement rock core and test permeability while downhole geophysics will be carried out across 30 of the deepest holes drilled at the site to provide further confidence in the permeability of the sediment strata.

Other work to be carried includes constructing trial evaporation ponds on the lake to assess design constructability and efficacy and finalising the environmental monitoring program.

The new trial ponds will allow the company to establish the optimal commercial-scale pond design, in terms of cost of construction and effectiveness of the design.

Management also flagged the potential to increase resources in the central area, which was not held by the company at the time of the scoping study, and further extensions in the southwest of the project area.

Australian Potash Managing Director Matt Shackleton said: “Central to the final field program at Lake Wells is the push to a JORC Reserve estimate, and our focus is on building upon the more than 50,000 metres of drilling and already extensive database of testwork that comprises the existing, robust JORC compliant SOP mineral resource estimate which contains over 12 million tonnes of gravity recoverable SOP at the indicated level.”

“Developing more production wells, test-pumping them, and collecting bed-rock core for analysis are critical factors that will feed into the calculation of an ore reserve estimate for Lake Wells.”

“We look forward to providing shareholders with regular updates on these final programs of work, as the Lake Wells DFS draws to its conclusion and the Board turns its attention to development and project funding strategies over the second half of 2019.”

In its scoping study, Australian Potash said it expects to produce 150,000 tonnes of premium potash per annum for the first five years of its operation.

Production will increase to 300,000 tonnes per annum in a second stage development.

At a SOP price of AUD$795 per tonne, the project generates a life of mine annual operating pre-tax cashflow of AUD$118m.

Pre-production CAPEX expenditure for the first stage is estimated at AUD$175m and AUD$163m for the higher-volume second stage of project development.

Payback for the first stage is expected within just three years at an assumed sales price of $795 per tonne of potash.

The company already has MoU’s in place with two of China’s largest agricultural companies, Sino-Agri and Hubei-Agri, for a combined product offtake of 200,000tpa.

The project area is located 280km by road from bulk rail terminals near Leonora in the northern WA Goldfields with the Australian government funding in October last year an upgrade of up to 100km of the Great Central Road to the east of the town of Laverton.

A sealed road from Lake Wells to Laverton could allow the company to use Laverton as a hub for its operations, which could shave off the capital costs associated with site-based services.

Australian Potash is now focused on the final works for its DFS and should that study spit out figures that at least match those set out in the scoping study, the company will then be truly on the home stretch to finance and develop Lake Wells.