Australian Potash has ticked off another box for its Lake Wells SOP project near Laverton, WA, signing an import-export agreement with the Port of Geraldton in the Mid West region, that underpins the FEED study underway for the project. The company’s recent DFS for Lake Wells was modelled on a road freight solution to the Geraldton port and export of its SOP product from that site. 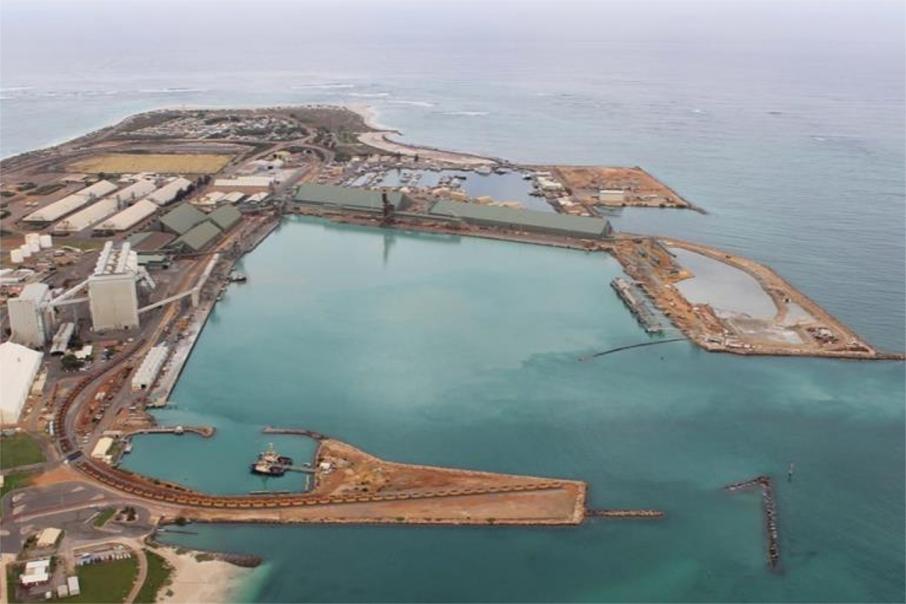 ASX-listed sulphate of potash, or “SOP”, development company, Australian Potash, has ticked off another box for its Lake Wells SOP project near Laverton, WA, signing an import-export agreement with the Port of Geraldton in the Mid West region.

The agreement provides for the Geraldton Port and the company to progress talks on the export of its SOP product and import of muriate of potash – or potassium chloride salt.

Australian Potash’s recent definitive feasibility study, or “DFS”, for Lake Wells was modelled on the assumption of a 100% road freight solution to the Geraldton port facilities and export of its SOP product from that site.

The company said the agreement with Geraldton Port is a fundamental component of the overall development and operational readiness for its Lake Wells SOP project.

Managing Director and CEO Matt Shackleton said: “This agreement allows APC to further optimise the logistics and port options for the project, and is the first of a number of material development and operational agreements we will finalise during the Front End Engineering Design (FEED) Study.”

Australian Potash’s recent DFS for the Lake Wells project outlined that it could churn out annual pre-tax free cash flows of $100 million through the production of 150,000 tonnes of SOP per year.

The detailed study estimated capital costs at a palatable $208 million that included $20 million in contingencies, with a pre-tax net present value at $665 million and an internal rate of return of 25%.

Additionally, the life of mine cash costs were estimated at USD$262 per tonne, which the company said places Lake Wells in the lowest quartile of the SOP fertiliser cost curve.

These estimates were calculated using an average life of mine SOP price of USD$614 per tonne.

Production could begin within 24 months of the company reaching a final investment decision on the project whilst pre-tax payback is expected within four years.

Mr Shackleton added: “Our premium high-grade sulphate of potash project will be a hallmark operation in commencing a new export industry for the Eastern Goldfields region of Western Australia. We also plan to reserve a significant portion of output for the Australian market.”

“The completion of the DFS enhances APC’s ability to finalise binding off-take agreements, optimise and secure the finance debt package, finalise the approvals process and commence (the) FEED activities.”

Lake Wells will be developed using a bore-field network to abstract the potassium-rich, sulphate bearing brine contained within a section of the estimated 125km of palaeochannel defined at the project.

Management said the use of a bore-field network is expected to mitigate the reduction in grade intrinsic in trench abstraction systems.

The brines will be pumped into on-playa, unlined pre-concentration ponds that will be constructed on existing lakes to take advantage of the natural clay layer and topography for initial evaporation before the resulting supersaturated brine is transferred to lined salt harvesting ponds.

Potassium and sulphate bearing salts will then crystallise in the harvest ponds and be collected for processing to produce a purified SOP product.

The company’s pilot processing work has already proved that a high-grade SOP with a purity of 98% can be produced from the Lake Wells brines.

The valuable product is highly sought-after, with Australian Potash vectoring towards the domestic Australian market, China, South East Asia and the west coast of the US.

The company already has to MoUs in place for offtake, that were agreed in 2017 with two Chinese agricultural entities.

Management said that binding offtake discussions were advancing rapidly with a shortlist of strategic partners for its superior SOP product.

With the stars aligning on commodity prices and demand for its SOP product, this week’s agreement with the Geraldton Port has come at a great time for Australian Potash, as it seeks to advance and finalise its FEED study for Lake Wells.