Australian Potash has successfully produced its first salt products from the pilot pond network at the Lake Wells sulphate of potash project, located 180km northeast of Laverton in the Goldfields region of WA. About 20 tonnes of potassium and sulphate bearing salts are expected to be produced from the ponds once the process runs its course. These salts will be further processed to a refined sulphate of potash. 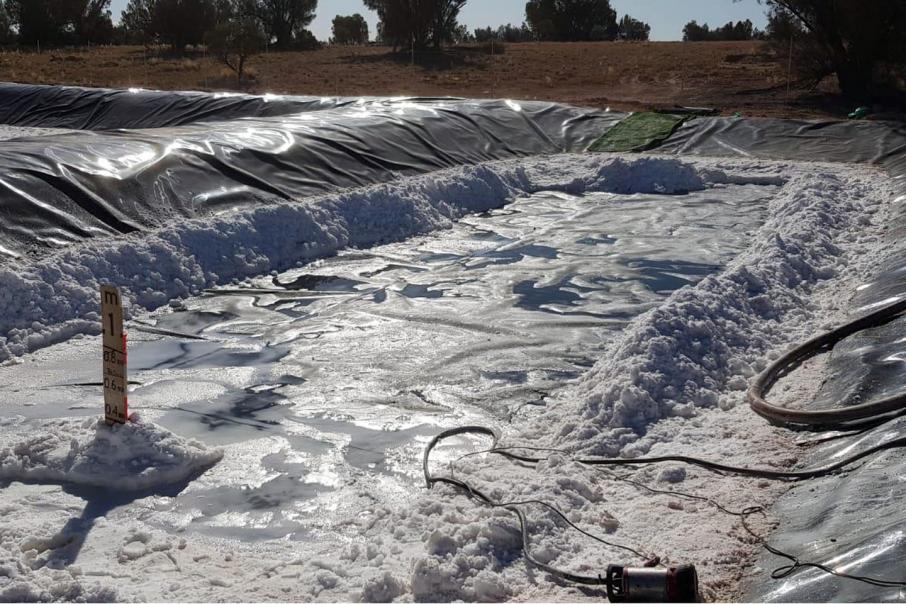 ASX listed Australian Potash has successfully harvested its first potash salt products from the pilot pond network at the Lake Wells sulphate of potash project, located 180km northeast of Laverton in the Goldfields region of WA.

Further potassium and sulphate bearing salts are expected to be recovered once the brine evaporates further in the second pond with the final transfer to the third pond expected to result in the final crystallisation of “feeder” or harvest salts.

A blend of salts from all three harvest ponds will be processed to a refined sulphate of potash.

The pilot evaporation pond program is anticipated to produce more than 20 tonnes of harvested salts, from which about two tonnes will be transported to the laboratory in Perth, where a pilot plant is being established.

The remaining salt will be stored on site for future testing as required.

Australian Potash expects to produce 250kg of sulphate of potash trade samples in the initial production run for delivery to its MoU off-take partners during the 4th quarter of 2018.

Managing Director Matt Shackleton said: “The understanding of the evaporative environment that we gain from the pilot pond network is invaluable in our final design concepts for the commercial scale ponds.”

“Coupled with the more than 100 years of local meteorological records and our own long-term Class A evaporation pan trials, we are seeing confirmation of the evaporation models being developed by expert Canadian potash processing consultants Novopro.”

The company’s DFS has now entered its final phase across abstraction, evaporation and processing.

Data from the harvest ponds is expected to provide critical data for assessing climatic conditions for evaporation in the region and importantly, the quality and quantity of potassium salts that the company can produce.

Australian Potash recently received a serious leg-up from the Federal and State Governments who have jointly decided to fund an upgrade of up to 100km of the Great Central Road to the east of the town of Laverton.

This has the potential to significantly improve the logistics of the Lake Wells project by optimising the freight solution and providing the option to use Laverton as the hub for its operations.

Further cost savings could result from a MoU with fellow potash player Salt Lake Potash that is looking into the possibility of jointly developing infrastructure at their neighbouring Lake Wells projects.

Australian Potash’s Lake Wells project has a JORC-compliant mineral resource of 14.7 million tonnes of sulphate of potash mineralisation, of which 12.7Mt is in the indicated category.

According to the company, this is expected to produce 150,000 tonnes of premium potash per annum for the first 5 years with a lower level scoping study, announced to the ASX early in 2017, estimating that this could generate $61m per annum in pre-tax cashflow.