ASX listed Australian Potash has been granted the mining leases it requires to develop and operate the Lake Wells sulphate of potash project that is located 180km northeast of Laverton in the Goldfields region of W.A. The company’s field work over the next quarter will include its geotechnical program and additional work required for a reserve estimate. It plans to report the results of its DFS in 2019. 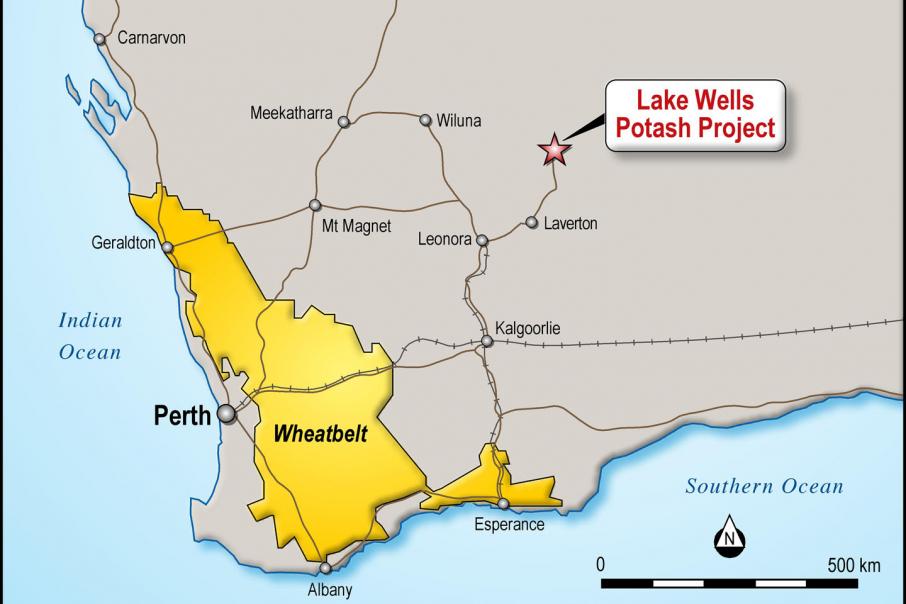 Excitement is growing for Australian Potash as it ticks off another major milestone after the ASX listed junior was granted the mining leases it requires to develop and operate the Lake Wells sulphate of potash project, located 180km northeast of Laverton in the Goldfields region of W.A.

The granted leases cover an area of 30,000 hectares and represent a key step on the approvals pathway and towards completion of the Definitive Feasibility Study.

The grant follows last month’s successful transfer of 110 tonnes of brine from a pre-concentration pond into the first of three salt harvesting ponds.

This is expected to produce 22 tonnes of harvested potassium salts, yielding about 2 tonnes of the desired sulphate of potash after refining.

Data from this pilot scale evaporation pond program will generate critical information for assessing climatic conditions for evaporation in the region and importantly, the quality and quantity of potassium salts that the company can produce.

Managing Director Matt Shackleton said: “With the grant of these mining leases, the next two quarters are shaping up to deliver some of the most significant de-risking events for the Lake Wells project’s development cycle.”

“We have some additional work to do around a reserve estimate, which, combined with our geotechnical program will form the basis of the field work over the next quarter.”

Lake Wells has a JORC-compliant mineral resource of 14.7 million tonnes of recoverable sulphate of potash mineralisation, of which 12.7Mt is in the indicated category.

This is expected to produce 150,000 tonnes of premium potash per annum for the first 5 years with a lower level scoping study, announced to the ASX early in 2017, estimating that this could generate $61m per annum in pre-tax cashflow.

Australian Potash is planning to report the results of its DFS in 2019.