Australian Potash could enjoy better freight costs at its Lake Wells potash project thanks to a government funded upgrade of up to 100km of the Great Central Road to the east of the town of Laverton. The company will work with the Shire of Laverton to consider the feasibility of sealing the Lake Wells access road, which would give the project a 300km all-weather bitumen sealed road to the Leonora rail-head. 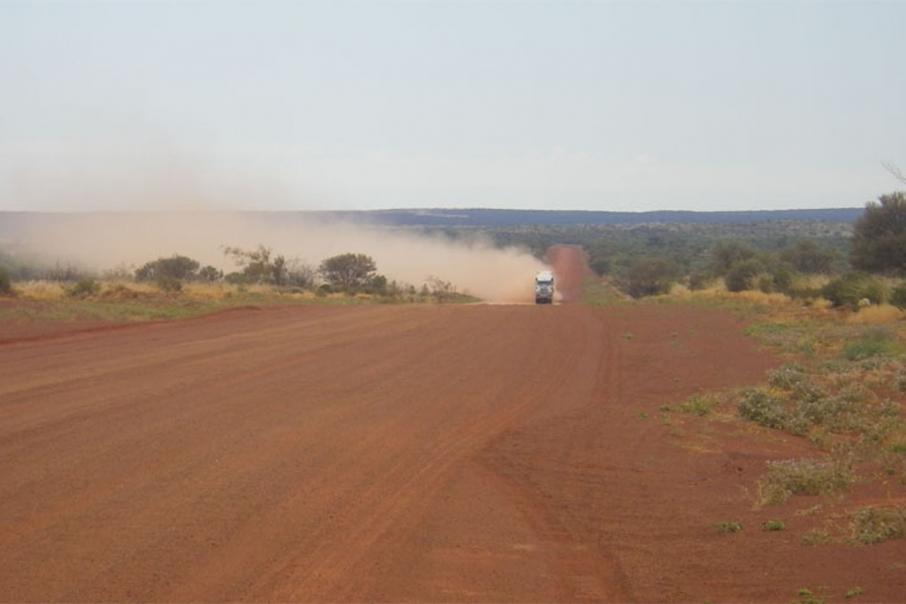 Australian Potash has received a serious leg up from the Federal and State Governments who have jointly decided to fund an upgrade of up to 100km of the Great Central Road to the east of the town of Laverton.

The upgrade will replace 70km of unsealed road between Laverton and the company’s Lake Wells sulphate of potash project with a high grade sealed road.

In related news, Australian Potash has signed an agreement with the Shire of Laverton to offset rates for its recently awarded Lake Wells mining leases by upgrading and maintaining the access road between its Lake Wells project and the Great Central Road.

Both parties have agreed to scope the feasibility of sealing the Lake Wells access road, which would give the project a 300km all-weather bitumen sealed road to the Leonora rail-head.

Australian Potash Managing Director Matt Shackleton said: “Logistics is one of the most important areas of costs to control in a bulk project, and one of the natural features of the Lake Wells SOP Project that first attracted our interest was its strategically superior logistical position, in respect to the short haulage distance to the Leonora rail terminals.”

“The rail from Leonora goes to Fremantle, Kwinana, Esperance and the east coast … we can send it anywhere at a cheaper cost than if we were reliant on 100% road haulage.”

He also noted that the company’s logistics consultants are working with its project team to understand the benefits of having access to an additional 70 kilometres of sealed road on previous estimates of freight.

Mr Shackleton added: “We are working with the Shire to understand the feasibility of a mid-term road sealing project on the Lake Wells Road. Not only does road-haulage on bitumen as opposed to unsealed surfaces indicate an optimised freight solution, but with a 100% sealed road to Lake Wells we could realistically use Laverton as the hub for our operation, avoiding the capital cost of many site-based services.”

Lake Wells has a JORC-compliant mineral resource of 14.7 million tonnes of sulphate of potash mineralisation, of which 12.7Mt is in the indicated category.

According to the company, this is expected to produce 150,000 tonnes of premium potash per annum for the first 5 years with a lower level scoping study, announced to the ASX early in 2017, estimating that this could generate $61m per annum in pre-tax cashflow.