Australian Potash is constructing evaporation ponds to assess the most cost-efficient technique for commercial-scale ponds at its Lake Wells SOP project near Laverton, WA. The company is also drilling up to three large diameter production bores that could support a resource expansion at the project and is carrying out additional long-term pump testing to help finalise the ore reserves estimate. 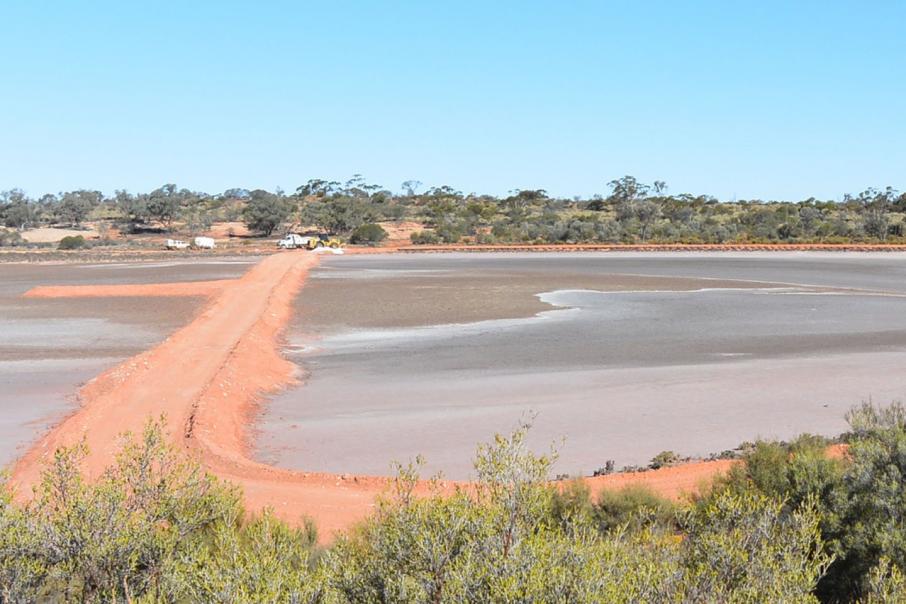 This will identify the most cost-efficient technique for SOP production and is being carried out as part of the DFS for the project.

The company is already planning to use the low permeability surface clay layer to seal the bottom of the unlined Stage 1 evaporation ponds and is currently assessing the best method to seal the walls of the “On-Playa” trial pond.

Construction is expected to be completed by early May with brine discharge to follow soon after that. Monitoring of brine loss due to seepage will continue through June.

Other works to be carried out include the completion of two or three large diameter production bores to assess aquifer response during pumping.

Data from these bores along with data collected over the last two years is expected to support a mineral resource expansion.

In addition, long-term pump testing will be carried out at several different locations to confirm the observations recorded by the company during previous testing in 2017.

This testing will be used to help finalise the ore reserves estimate.

Australian Potash added the drilling and pump testing work would also contribute to validating its water management plan as part of the Environmental Review Document.

Managing Director Matt Shackleton said:“Prior to the construction of full-scale commercial evaporation ponds, we need to confirm the most economically and technically optimal construction method for the pond walls – Stage 1 ponds will be approximately 10 square kilometres in area making data gathered in this program vital to future development.”

“This program is one of the final two field programs underway to complete the Definitive Feasibility Study data set – the other is the long term test-pumping program on production wells.”

“By the conclusion of the DFS, we will have installed and pump-tested approximately 30% of our Stage 1 bore-field, allowing APC to move seamlessly into pond fills on development.”

Last week, the company noted that its resource of 14.7 million tonnes of contained SOP, calculated in March 2017, is in full compliance with the JORC-Code’s recently adopted guidelines for estimating brine mineralisation.

It has already proven that it can manufacture high-grade SOP at its pilot processing plant in Perth that exceeded its previous expectations of product quality.

Preliminary analysis of the 65kg of product produced in the first production run indicated an SOP product with purity of 98%.

Lake Wells is located 280km by road from bulk rail terminals near Leonora in the northern WA Goldfields.

In its scoping study, Australian Potash said it expects to produce 150,000 tonnes of premium potash per annum for the first five years of its operation.

Production will increase to 300,000 tonnes per annum in a second stage development.

The company already has MoU’s in place with two of China’s largest agricultural companies, Sino-Agri and Hubei-Agri, for a combined product offtake of 200,000tpa.

It has also started a study with the Western Australian No-Tillage Farmers Association and The University of Western Australia’s Institute of Agriculture into the use of SOP to increase crop yield and quality in WA.