Paydirt Media has kept the ball rolling in Australia’s resurgent mining sector conference circuit, this week hosting the Australian Nickel Conference at Perth’s Pan Pacific Hotel. The conference held on Tuesday 6 October 2020, was a showcase of who’s who in the nickel sector highlighting a string of projects across Australia and the Asia-Pacific region. 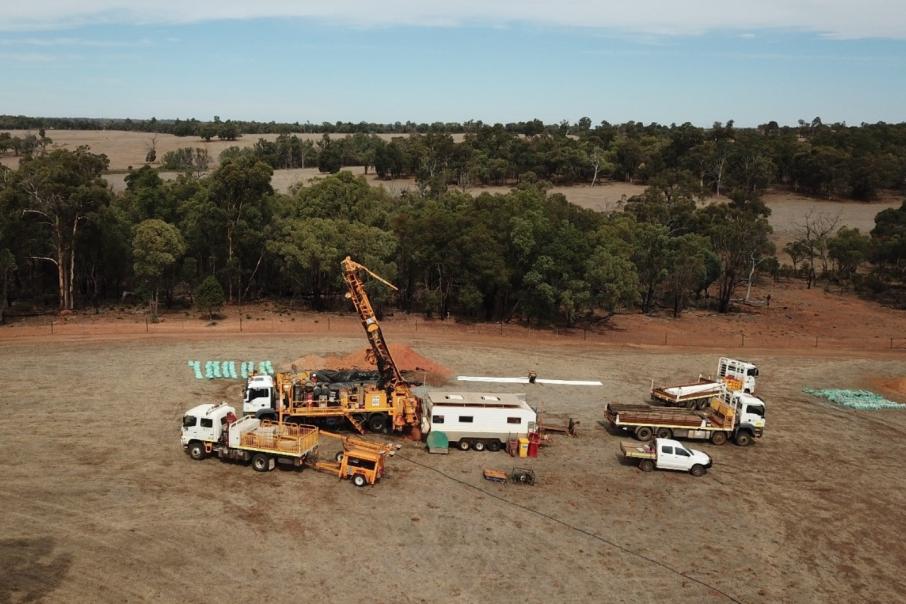 Paydirt Media has kept the ball rolling in Australia’s resurgent mining sector conference circuit, this week hosting the Australian Nickel Conference at Perth’s Pan Pacific Hotel. The conference took place on Tuesday 6 October 2020, showcasing a who’s who of the nickel sector and their projects across Australia and the Asia-Pacific region.

Paydirt’s Nickel Conference arrived hot on the heels of September’s RIU Resurgence Conference which saw a host of Australia’s resource sector aspirants strutting their stuff over the two-day program.

The single-day program at Tuesday’s Nickel Conference was a little more focused but was no less informative with guest speakers including The Honourable Bill Johnston, WA’s Minister for Mines, Jim Lennon from Macquarie Group and Jack Anderson from global marketing experts, Roskill. However, the real business of the day lay with producers, developers and explorers in the booming nickel sector.

First and foremost of a cast of current and aspiring miners included Dan Lougher from Western Areas and Peter Bradford from IGO Limited with their as they sought to up the ante across WA’s thriving nickel sector.

Would-be miners talking up a storm included Mincor, seeking to restart its Cassini operations near Kambalda, whilst Blackstone Minerals have been going from strength to strength with its work program at its Ta Khoa project in Vietnam looking to pull the covers off its mill to turbo-charge cash flow.

However, the most talked-about presentation of the day came from the ore-finders at Chalice Gold Mines and its discovery of the Julimar nickel-PGE deposit in the hills outside Perth which has captured the markets attention in a way that very few previous nickel sulphide discoveries have.

Intercepts from the emerging Julimar deposit include an impressive 17.6m at 5.3 g/t palladium, 1.0 g/t platinum, 1.3 per cent nickel and 0.6 per cent copper, while on a broader scale deeper holes have tipped the scales at 233.8m at 0.6 g/t palladium and 0.1 g/t platinum with recent work highlighting a 6.5km long electromagnetic anomaly.

The stunning Julimar discovery lit a fire under the company’s share price fanning it from just $0.16 back in March of this year to an astounding $2.60 at the close of trade Monday – a 16 bagger, in round terms, for those astute enough to be on board from the ground floor up.

Chalice’s rising fortunes have bled into several other nickel explorers in WA, with the likes of Impact Minerals also presented at the Nickel Conference having joined the rush into the emerging South West mineral terrane of WA, perhaps prompted by Chalice’s success, at the same time continuing work on its own nickel-PGE project east of Broken Hill, NSW.

Other presenters included Legend Mining, with its developing Mawson discovery in the Fraser Range, St George on the Cathedrals Belt near Leonora and the trio of Ardea Resources, Auroch Minerals and Neometals near Kalgoorlie.

With the nickel price trading at a very respectable US$14,200 per tonne, having rallied from below US$12,000 per tonne in March achieving a 2020 high above US$15,400 just last month, the Nickel Conference was a timely reminder that the market seemingly rolls on despite any and all challenges – including the COVID-19 pandemic currently gripping the planet.

Life has also more than just seemingly rolled on in WA, with the state remaining the powerhouse of the Australian economy demonstrating even the conference circuit is alive and well. One theme reverberating consistently around the rooms focused on the sheer number of drilling operations – nickel and otherwise – that have kicked off in just the last week. Somewhere in the high 40s was the generally accepted number.

The next cab off the rank in the resources conference circuit is the revered Digger and Dealers conference in Kalgoorlie, which kicks off next week before the focus then shifts back to Perth in November with Paydirt’s Battery Minerals Conference held on 2 November, quickly followed by the famed Africa Down Under Conference taking place 4 to 6 November 2020. Both conferences are set to be held at the Pan Pacific Hotel.

With so many junior to mid-tier listed explorers enjoying an Indian summer, the rejuvenated conference circuit certainly seems to be well-timed.