Northern Minerals’ heavy rare earths project at Browns Range in the East Kimberley is rapidly taking shape, with construction of the process plant in China well advanced and the first modules headed for the site within weeks. Meanwhile, 50% of the ore has already been stockpiled as part of a fast-track development schedule that will see maiden shipments in the first half of 2018. 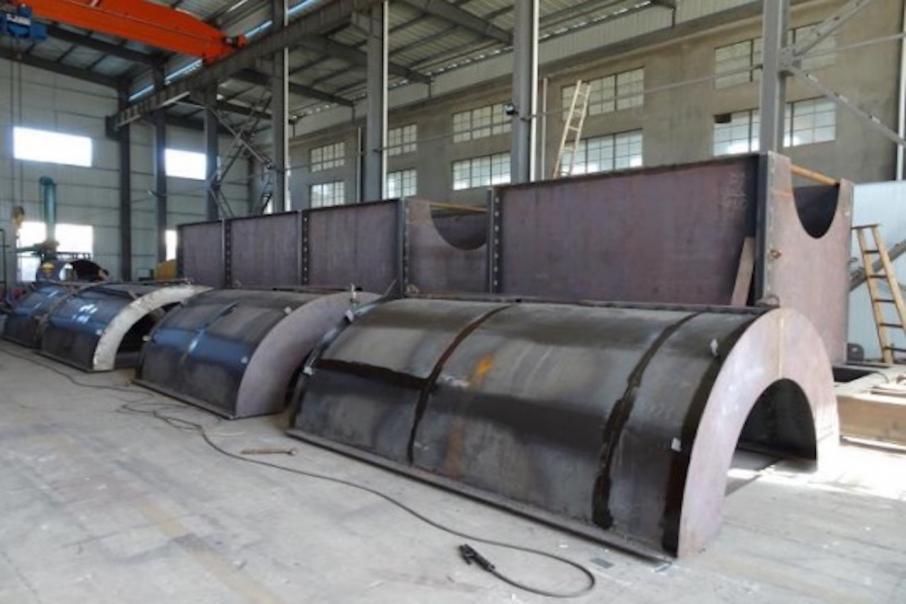 A Kiln being manufactured in China for Browns Range

Northern Minerals are racing headlong towards the commissioning of their Browns Range project, which will mark a mining industry milestone as Australia’s first heavy rare earths project.

The innovative developer told the ASX this week that fabrication of the processing plant in China by their EPC contractor, Sinosteel MECC, was already 30% complete. The first modules would be transported to the site next month, where they will be assembled by local engineering house, Primero.

Meanwhile, the Browns Range site is buzzing with activity. Mining contractor MACA has already mined and stockpiled about 50% of the ore that will be processed over the three-year pilot phase of the project.

A tailings dam, airstrip and 49-person camp have also been completed.

Northern Minerals MD, George Bauk, said: “Both the Browns Range site and the Sinosteel MECC fabrication works are a hive of activity as Browns Range starts to take shape. We look forward to the first processing plant modules shipped in October 2017.”

The unfolding reality of Browns Range is an impressive achievement by Northern Minerals, which has had to overcome perceptions that all rare earths are the same. The heavy rare earths at Browns Range are worth several times the value of light rare earths and are much easier to process because of the unusual xenotime mineralisation.

The pilot project will operate for three years at 10% of the capacity of a proposed full-scale plant, which would make Northern Minerals the first significant world producer of Dysprosium outside China.

The realisation of the project has also coincided with a surge in prices for heavy rare earths such as Dysprosium, which is the key rare earth product from Browns Range.

The price surge has been driven by a clamp down on illegal and environmentally damaging production in China and the wave of market optimism about demand for heavy rare earths from the forecast boom in electric vehicle production. Every electric vehicle contains about 100 grams of Dysprosium, which is a key additive that prevents large magnets used in electric engines from overheating and de-magnetising.

Northern Minerals’ market cap recently broke through the $100 million barrier following a lift in the share price from 9.5 cents at the beginning of August to around 13 cents. Investors appear to be warming to the story, which still has along way to go.