A too-hasty exit from Afghanistan will have long-term implications for not only Afghans, but the nations withdrawing their support. 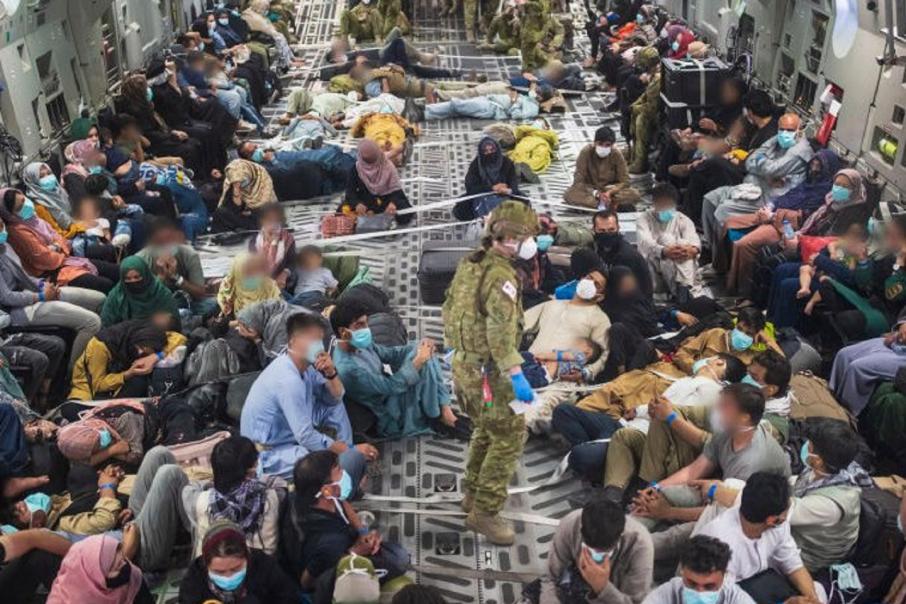 On August 15 Kabul fell into Taliban control, empowered by the withdrawal of allied forces and signalling an end to a 20-year war that cost Australia an estimated $10 billion, 41 lives, 261 wounded, and the reputational disaster that is a war crimes investigation.

The conflict began in response to the devastating September 11 attacks, and the Taliban’s protection of terror groups such as Al-Qaeda.

Combatting the rise of terrorism, the primary global threat at the time, was a powerful motive.

Other challenges have since emerged.

Geo-political tensions, other conflicts such as that in Iraq, and US domestic agenda items are all among potential reasons to exit.

US President Joe Biden has stated that the US cannot fight a “war that Afghan forces are not willing to fight for themselves”.

In turn, Prime Minister Scott Morrison has rightly noted that “Australia’s presence in Afghanistan is entirely conditional on the US”.

Washington Post columnist and CNN political analyst Fareed Zakaria summarised the US situation on August 15 by stating that “there is no elegant way to lose a war”.

The reality is that while the merit in departing Afghanistan is debatable, the way it has played out is tragic.

President Biden has said the chaos was expected whenever the US withdrew, and this is perhaps true to an extent, but the warnings of chaos and poor execution were predicted by the US intelligence community back in June.

At the time, the warning was of a deteriorating security situation, the Taliban gaining ground, and a predicted fall of Afghan forces within six months.

Afghan women and girls would “suffer unspeakable harm”, he said.

He also cautioned that interpreters were going to be left behind … to be slaughtered.

In an interview with CNN on July 18, former commander of the US Control and Command, general David Petraeus, raised similar concerns.

“I fear we will look back and regret the decision to withdraw” as well as the hasty nature of the withdrawal.

General Petraeus then predicted: “We have a moral obligation to thousands of the battlefield interpreters who shared risk and hardship with our soldiers on the ground … I hope we can do some assessment, try to help stabilise the situation … and at least manage what is a rapidly deteriorating situation.”

On that moral obligation, Mr Morrison now remarks that: “I know that support won’t reach all that it should. On the ground, events have overtaken many efforts. We wish it were different.”

Perhaps we could have foreseen this turn of events and prepared more adequately for the humanitarian, refugee and security crisis that would create.

To our Afghan partners, this much was at least owed.

The perceived failure of the allied nations with this moral responsibility will resonate for years.

Erosion of moral leadership and reliability will affect future diplomatic discussions and battlefields.

Furthermore, anti-West sentiment will likely increase, and terrorist recruitment efforts will benefit from the abandonment witnessed.

Critically, the reliance on the US and its leadership due to its overwhelming military capabilities is under question, with UK analysts and others considering how and if allegiances on critical world affairs can be formed without the US.

On those who assisted allied forces, Mr Blair notes a responsibility to “those Afghans who helped us and stood by us and have a right to demand we stand by them”.

He references a deep sense of humanity and responsibility that must act as the driving motive.

This is indeed true for Australia.

How we withdraw matters.

At a bare minimum, Australia must observe its moral obligations and must further contribute to adequate planning on the humanitarian and refugee crisis that was always likely to follow.

A final word for our Australian veterans and families.

Your actions and your sacrifice matters, perhaps more now than ever.

With your efforts, a generation of young adults in Afghanistan only knows life under relative freedom from oppression.

It is these young people who provide hope for a brighter future for Afghanistan.

• The author is chairperson of AIDN-WA