Sometime in the next few weeks, ASX listed tech company, Aurora Labs, is expected to officially launch its game changing, multi-level, 3D printer that is capable of printing about 30 layers in a single pass. The company says the new printer could drastically lower the cost of 3D printing. In the next six to twelve months, Aurora is also planning to introduce a full-sized, large format 3D printer that could print up to 100 layers in a single pass. 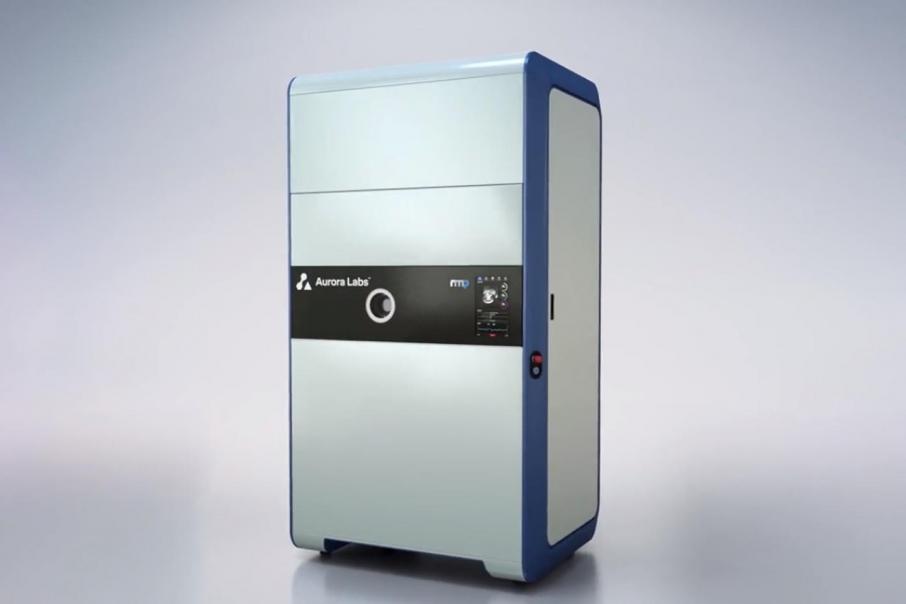 3D printing, also known as “additive manufacturing”, is rapidly increasing its reach from the creating of prototype parts to the continuous manufacture of those parts.

A recent example of this is Ford Motor Company setting up a USD$45m advanced manufacturing facility that includes twenty three 3D printers that will initially print brake parts for the upcoming Shelby Mustang GT500 muscle car.

Both companies have flagged that 3D printing will play a larger role going forward.

West Australian trailblazer Aurora Labs has the 3D printing bull by the horns and is strapped in for the ride with its 3D printing technology making rapid advancements in recent times.

Aurora is clearly focussed on making its technology cheaper and much faster and the company has been taking giant leaps when it comes to the rapid advancement of its technology.

Speaking at the Formnext additive manufacturing exhibition and conference in Frankfurt Germany, Chief Executive Officer David Budge said the company was looking to bring its first machine, the RMP1 to market in the next couple of weeks.

“Put that into perspective, if you can imagine 100 microns step distance and you have 100 layers, that’s potentially 10mm of print volume in a single pass. So, something a metre tall only requires 100 passes in order to print the entire part.”

The company said being able to print between 100 and 300 kilograms a day would rapidly reduce the amortisation cost of the machine, to the point where the primary cost of 3D printing will become the cost of the powder feedstock.

“What that means is, suddenly your production costs go down drastically, certainly for high end components. And our goal is to level the playing field even further so that ultimately, we will be able to print virtually everything cost competitively with traditional manufacturing,” Mr Budge added.

“Our ultimate goal within the next 6 to 12 months is to have a machine that can print up to a tonne in a single day. It is a step change from where we are at … with traditional additive manufacturing.”

Being able to rapidly print 3D print metal parts will allow the company to fulfil its goal of enabling industry partners such as Fortescue Metals Group to quickly produce replacement parts, which would significantly reduce machinery downtime.

Aurora is also building process to allow the download of certified part designs with DNV-GL, the world’s largest classification company.

This work dovetails neatly into its development of an online store for purchasing vetted digital designs to download directly to the printer for manufacturing.

The other major component of Aurora’s process is its proprietary powder production technology, which will not only allow the company to control the quality and cost of consumables, but also unlock the international powdered metals market that is worth billions of dollars.

All this will allow Aurora to more effectively tap into the burgeoning market for replacement parts in the oil and gas, mining and infrastructure industries by offering companies the option to quickly print high quality metal parts on-site instead of keeping extensive stocks on the shelf.