Aurora Labs is proceeding with the commercialisation of its proprietary MCP 3D printing technology after its RMP1 Beta Printer completed full-size test prints as part of the commissioning process. Advanced discussions are already underway for the potential sale of the RMP1 Beta Printer to one of the company’s industrial partners while interest has been received from several potential customers for its upcoming production machines. 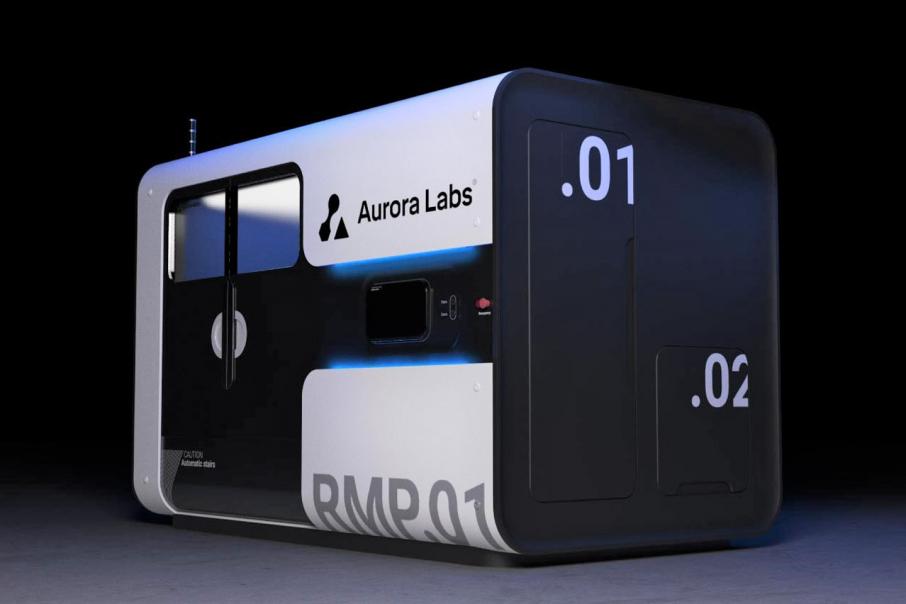 Aurora Labs is proceeding with the commercialisation of its Multi-layer Concurrent Printing, or “MCP”, 3D printing technology after its proprietary RMP1 Beta Printer completed full-size test prints as part of the commissioning process.

The company’s MCP technology allows for the printing of multiple layers of metal 3D parts in a single pass.

It is used in the RMP1 Beta Printer, which is a pre-production machine that will be almost identical to the company’s final production line machines.

RMP1 Beta Printer has a print bed of 450mm by 400mm and can print parts with 10 times the volume of the earlier Alpha 2 test machine.

It also incorporates sensing and tracking equipment that Aurora is using to build the certification system for developing digitally certified parts.

Advanced discussions are already underway for the potential sale of the RMP1 Beta Printer to one of the company’s industrial partners.

The company is also actively pursuing pre-orders for the production machines and has attracted interest from several potential customers, including Swedish supplier of aluminium products, Gränges AB.

“We are transitioning from a heavy R&D phase with the RMP1 Beta Printer and we will now be able to move to a commercialisation and sales stage much more strongly with the technology we have developed.”

As part of this transition, the company appointed Peter Snowsil as its Chief Operating Officer earlier this month.

He has 25 years of technology-based executive, engineering and project management experience across Australia, Asia Pacific and the Americas.

Meanwhile, the company’s AdditiveNow joint venture with WorleyParsons subsidiary Advisian Digital has been steadily gaining traction, generating $185,000 in sales revenue and a $10,000 gross profit since its incorporation in December 2018.