3D printing specialist Aurora Labs is closing in on the commercialisation of its revolutionary MCP 3D printing technology with the completion of its RMP1 Beta Printer. This pre-production machine can print parts with 10 times the volume of the earlier Alpha 2 test machine and will be almost identical to the company’s final production line machines, which are expected to become available later this year. 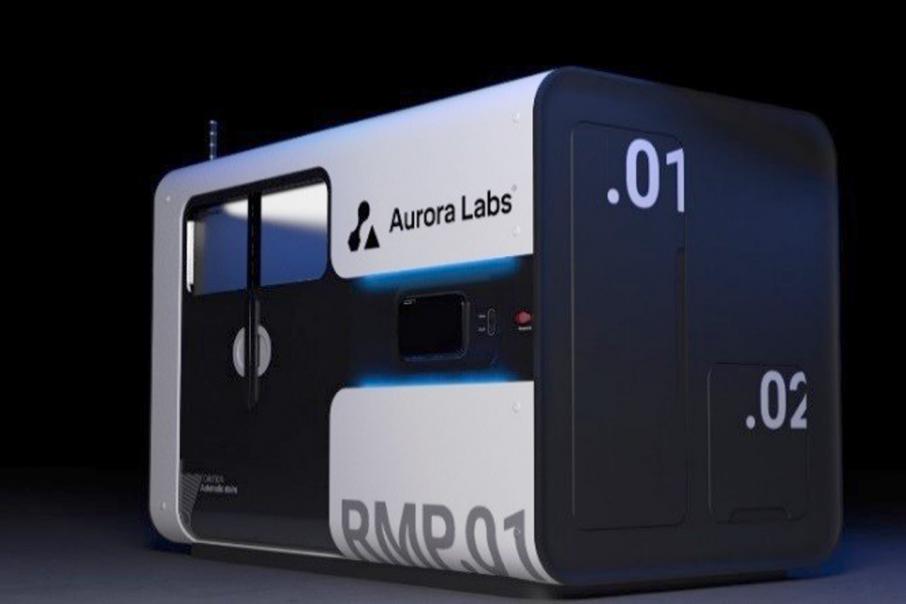 3D printing specialist Aurora Labs is closing in on the commercialisation of its revolutionary Multi-layer Concurrent Printing, or “MCP”, 3D printing technology with the completion of its RMP1 Beta Printer.

The RMP1 Beta Printer is a pre-production machine that will be almost identical to the company’s final production line machines, which are expected to become available later this year.

Any differences from the production machines will be due to improvements and changes resulting from customer feedback.

RMP1 Beta has a print bed of 450mm by 400mm, can print parts with 10 times the volume of the earlier Alpha 2 test machine and has three times the processing capacity of the previous machine.

With the larger build area and other improvements, the pre-production RMP1 Beta is expected to be significantly faster than the test machine.

The company will now commission and test the machine, before industry partners, investors and other stakeholders are invited to view the technology in action.

It has also started preliminary discussions into the potential sale or lease of the RMP1 Beta Printer to one of its industry partners.

Management said its preferred approach is for a sale that locks the user into purchasing Aurora proprietary powders for the life of the machine.

Use of Aurora’s powders would not only ensure the production of quality parts but also secure a consistent source of revenue from the company.

The company is also following up on numerous potential interested parties to secure pre-orders for future machines.

Aurora Managing Director David Budge said: “The fact that the RMP1 Beta Printer is operational is a key milestone for the team here … We are transitioning from a heavy R&D phase with the RMP1 Beta Printer and we will now be able to move to a commercialisation and sales stage much more strongly with the technology we have developed.”

“We have prioritised optimising speed increases and print quality which are key pillars of the Aurora strategy, and the team has made substantial progress achieving speed increases throughout the last few months, resulting in the print of a series of 10mm high, titanium hexagon parts in a timeframe of only 20 minutes.

“This was particularly notable as numerous industry parties commented on the speed of the machine and the fact that machines they are currently using would take 2-3 days to achieve a similar result.”

Aurora’s Multi-layer Concurrent Printing technology allows the company to print multiple layers of metal 3D parts in a single pass and achieved print speeds of about 113kg per day during testing in February this year.

According to company management, this is 55 times faster than the general market speed for 3D printing which currently sits at around 1.96kg per day for titanium printing.

Further speed increases are possible by connecting multiple production sub-units together as the system was designed from the ground up with scalability in mind.

Aurora has flagged the potential for a large format unit to print up to 1 tonne a day, which is potentially fast enough to convince major oil, gas, mining and other large industrials to switch their spare parts purchases from traditional wholesale distributors to an onsite “do it yourself” 3D printing operation.

The release of the RMP1 Beta pre-production machine puts Aurora just a step away from commercialising its proprietary 3D printing technology.

This will not only unlock revenues from the sale of production machines but could also create an annuity-style income stream for Aurora, who will supply customers with powders produced using the company’s proprietary technology.