Aurora Labs is in detailed discussions regarding its 3D printing technology with two leading automotive manufacturers, two aerospace companies and several heavy machinery manufacturers. The company recently demonstrated the ability of its multi-level 3D printers to achieve print speeds of about 113kg per day, which is up to 55 times faster than the general market speed for 3D printing of around 1.96kg per day for titanium printing. 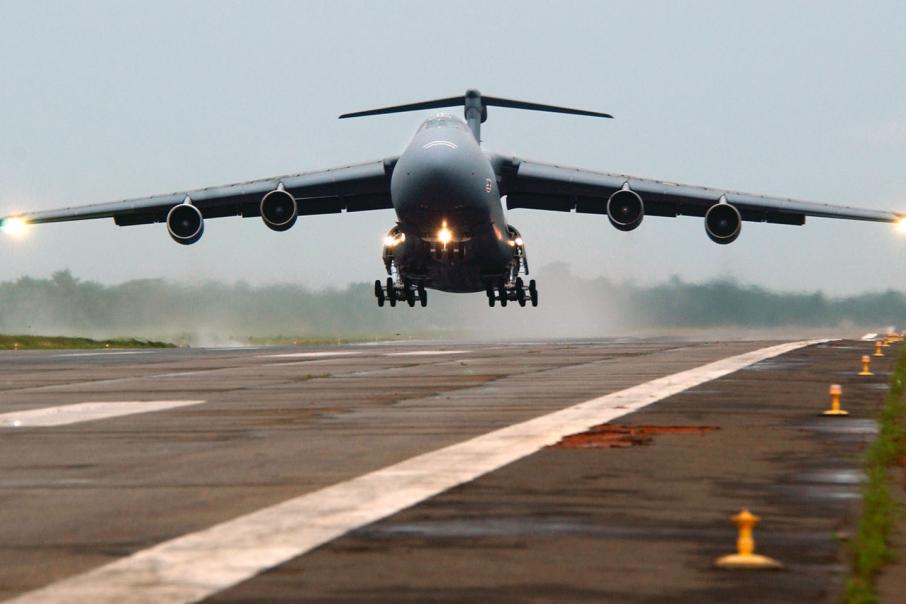 The US Air Force has used a number of 3D printed parts to upgrade a Lockheed Martin C5 Super Galaxy transport aircraft.

3D printing, also known as “additive manufacturing”, is starting to see increasing use in some of the most demanding industries with the US Air Force using the technology to upgrade a large military transport aircraft.

The use of 3D printed metal and plastic parts for the Lockheed Martin C5 Super Galaxy is expected to reduce sustainment costs and increase system readiness.

The German car manufacturer said this enables geometric forms to be created that are well beyond the capability of conventional metal casting techniques, while reducing the weight of the cylinder head core.

With these prominent examples of how widespread the use of 3D printing is becoming, it should not be surprising that Perth-based Aurora Labs is in detailed discussions with two of the world’s largest automotive manufacturers and two aerospace companies, regarding its technology.

These discussions revolve around either working directly with Aurora or purchasing its 3D printing machines.

These discussions were brought about after the company showcased some good old Australian ingenuity at the Formnext additive manufacturing exhibition in November 2018, by unveiling aspects of its revolutionary multi-level Rapid Manufacturing 3D printing technology.

This technology promises to supercharge production times by printing multiple layers of metal 3D parts in a single pass.

Earlier this month, the company’s “Alpha” machine managed to achieve print speeds of about 113kg per day using a single modular sub-unit.

According to company management, this is a whopping 55 times faster than the general market speed for 3D printing which currently sits at around 1.96kg per day for titanium printing.

These speeds could soon double with the company connecting a second sub-unit to the machine.

This process could potentially be scaled up to virtually any size and capacity with the large format unit expected to be printing up to a tonne per day with multiple sub-units contained within it.

Successful scaling of the technology should allow Aurora to print parts at a price that is expected to cost competitive with traditional metal manufacturing.

Aurora also has a non-binding partnership agreement in place with Fortescue Metals Group to explore the potential for 3D printing to reduce production and operational costs at remote mine sites.

With its multi-level 3D printing technology well within reach of reaching promised speeds, Aurora is exquisitely placed to make an impact in its chosen sectors within the broader global metal manufacturing market.

These are veritable pots of gold with the aviation industry requiring some 37,400 new passenger and dedicated freighter aircraft worth an eye-watering USD$5.8 trillion over the next 20 years while the mining equipment market was valued at USD$75 billion in 2018.