Aurora Labs will receive both ongoing income from operations and funds after the first sale of its unique RMP-1 Beta 3D printer to AdditiveNow, a company that it holds a stake in, alongside asset management and engineering giant, Worley. AdditiveNow is looking to provide 3D printing services to tier-1 energy, chemicals, resources and infrastructure clients and the deal represents a leap into commercialisation for Aurora. 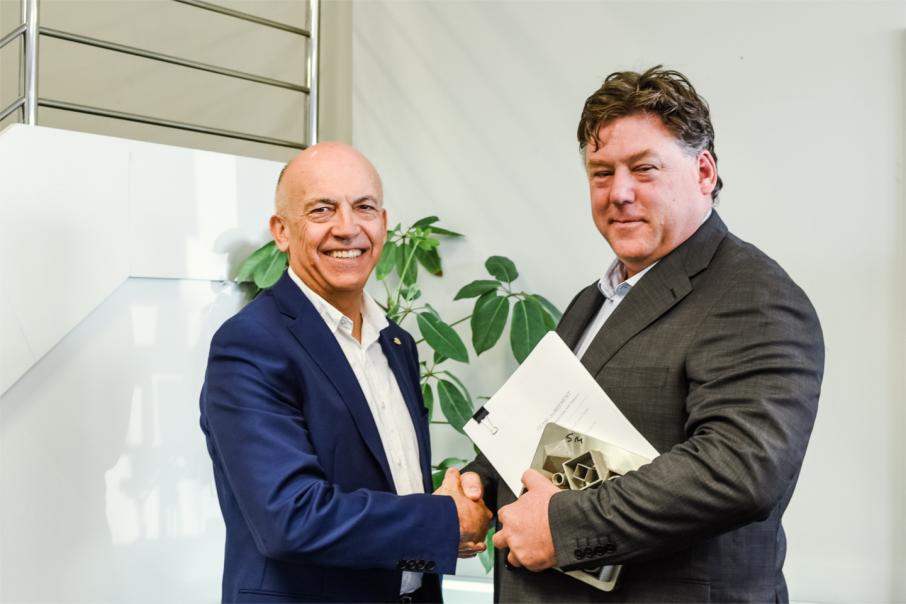 Aurora Labs will receive both ongoing income from operations and funds after the first sale of its unique RMP-1 Beta 3D printer to AdditiveNow, a company that it holds a 50% stake in, alongside asset management and engineering giant, Worley.

The sale of Aurora’s first, large format, pre-production 3D printer, to AdditiveNow will allow that company to build a business around printing complex 3D machinery parts for large industrial clients.

The commercial arrangement with AdditiveNow will generate the first major cashflows for Aurora’s 3D manufacturing technology.

Aurora will retain the right to utilise the RMP-1 printer for its own research and development purposes and to execute printing commitments for the company’s other industry partners.

The company has entered into a finance lease agreement with AdditiveNow through its fully-owned subsidiary, A3D Operations.

Management said the commercial supply of the printer is a significant milestone for Aurora, which has developed the world-leading 3D additive manufacturing technology that has the potential to revolutionise metal fabrication.

Late last month, the company traversed a significant milestone by increasing the speed of its RMP printer to 350kg of metallic product per day, which represented an exceptional 2215% increase in just 12 months.

The move looks to have somewhat underpinned the viability to the broader 3D printing industry by nailing the one thing that was holding it back – the speed to print parts.

Aurora Managing Director David Budge said: “This transaction is a demonstration of the unique value proposition of the company’s 3D metal printers, which lead the industry with their speed and technical capability.”

“This is a great result for Aurora on a number of levels. Importantly, we will generate revenue from the supply of this machine, as well as ongoing revenue from our share of the work it will do for AdditiveNow. The RMP-1 is the only printer in the world designed to do this work for AdditiveNow to the specifications required.”

“The RMP-1 will be based at our facility in Bibra Lake, Western Australia, where Aurora will continue to have access to it so we can have real-time feedback from a customer as we prepare to launch our production model.”

Aurora is actively pursuing pre-orders for the production machines with other parties and has attracted interest from several potential customers, including Swedish supplier of aluminium products, Gränges AB.

The company said it had received a diverse range of potential customer enquiries in its 3D printing technology, including a US medical group, two major global industrial groups, a US aerospace company, a major global steel manufacturer and global international car manufacturers, among others.

The sale of its first large format unit to AdditiveNow represents a major breakthrough for Aurora and a significant event in the life of its strategic partnership with Worley who already holds a swag of relationships with tier industrials who may benefit by being able to print broken machinery parts on demand.

The $2.1m that Aurora will receive from AdditiveNow for the sale of the printer probably doesn’t hurt either.