Auroch Minerals will begin a major drill program next month at the Czech Republic’s historic Tovisa copper mine, which is also thought to be rich in cobalt and gold. The drill program will start just two months after Auroch snapped up an option over 100% of Tovisa, where surface sampling has already returned grades of up to 0.68% Cobalt, 3.5% Copper and 3.7 grams/tonne Gold. 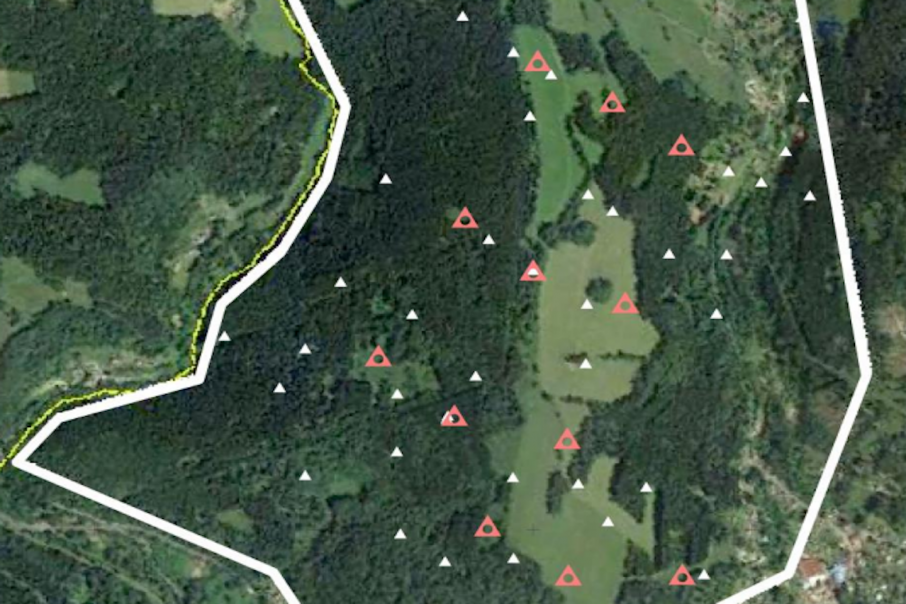 Drill sites at the historic Tovisa project in the Czech Republic

Auroch Minerals have brought forward plans for a major drill program at their new Tovisa Copper-Cobalt-Gold project in the Czech Republic after the government waved through approvals in under a week.

Tovisa is an ancient copper mine based on a volcanogenic metal sulphide deposit on the border between the Czech Republic and Germany.

Previous exploration and mining, which dates back to the 12th century and last occurred between 1959 and 1973, focused on extracting Copper from a rich horizon within an 80-metre thick, sulphide-infused blanket.

Auroch are re-evaluating the mine for its untapped potential for Copper and previously unrecognized opportunities to produce Cobalt and Gold. In fact, extensive waste dumps at the surface from centuries of mining could be a significant, low-cost Cobalt and Gold opportunity in itself.

Surface sampling of the 80-metre sulphide-thick blanket has returned impressive grades of up to 0.68% Cobalt, 3.5% Copper and 3.7 grams/tonne Gold. The Cobalt opportunity is particularly appealing right now, with spot prices more than doubling this year as part of the tech metals boom.

The ASX-listed junior explorer told the market this week that the Czech Republic’s Department of the Environment and Agriculture had approved an initial 12-hole diamond drill hole program for a total of 5,500 metres.

Auroch CEO Dr Andrew Tunks said “This is a great result, obtaining drilling approval in the Czech Republic for our planned work program at Tivosa. We are thrilled to have received confirmation and approval within one week, allowing us to commence activities earlier than anticipated. It’s a great result for the company and a testament to the thorough approach of our local Czech partners, Golden Pet.”

“My recent trip to site and our ongoing work on historic plans and drilling indicate the enormous tonnage potential of this orebody, which extends over 800 metres of strike, over 700 metres down dip, is up to 80 metres thick and is open in all directions.”

Auroch is already working on a 3D model of the extensive underground development and the orebody to underpin its exploration strategy. Drill results will be keenly anticipated by the market from Tovisa, which at face value appears to be crying out for modern exploration techniques and a new approach based on 21st century metals prices.