Auroch Minerals are racing ahead with the first drill program at their high-impact Copper-Zinc project in Portugal, locking in a contractor to start drilling mid-month. The drill results will be hotly anticipated, with the project located just 20 km along strike from the “super-giant” Neves Corvo mine and sitting on a host of ripe geophysical targets. 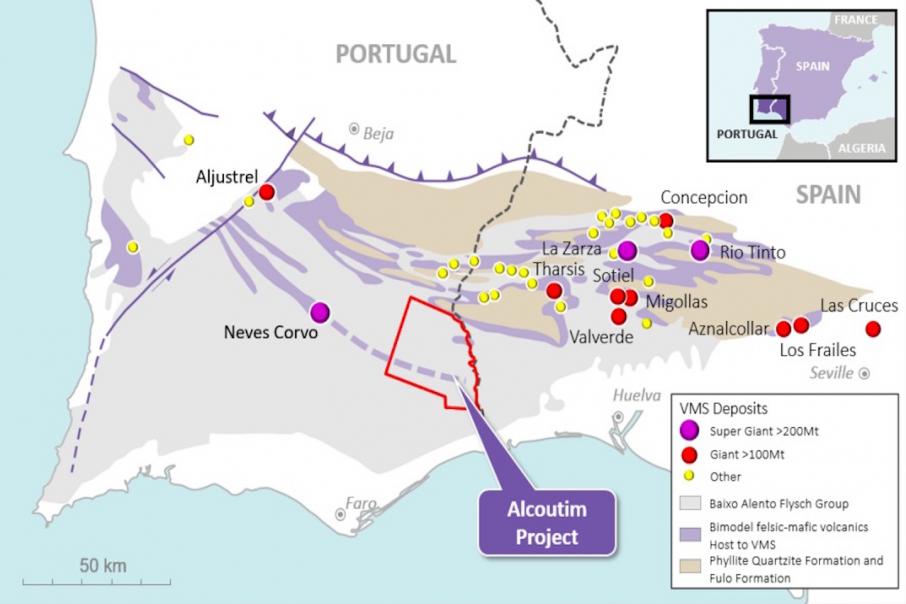 Shareholders of Auroch Minerals will not wait long for the drill rigs to spring into action at their company’s exciting new project in Portugal, with the rods expected to be turning in just two weeks.

The Perth-based explorer announced only six weeks ago it had secured the right to earn up to 75% in the Alcoutim base metal project, which is just 20 kilometres along strike and down plunge from the giant Neves Corvo mine.

Alcoutim covers 576 square kilometres of ground in the famed Iberian Pyrite Belt, which is also home to the historic copper, silver and gold mines from which Rio Tinto took its name. The region has more than 80 deposits, including three “super-giant’ deposits, each with more than 200 million tonnes of ore.

In an update to the ASX this week, Auroch advised that a Phase 1 drilling program of five diamond holes would begin in the week commencing on the 15th of May, targeting Copper-Zinc mineralisation. Downhole geophysical surveys will be conducted after the completion of each hole.

Auroch CEO, Dr Andrew Tunks, said: “This is the most exciting time of any exploration program and the only real test of the project. We were pleased with the quality and experience of the groups that tendered for the drilling opportunity and are delighted to work with Drillcon who have extensive experience drilling across the Iberian Pyrite Belt and in particular in southern Portugal where the project lies.”

The objective of the program is to provide answers about the sources of magnetic, gravity and EM anomalies and potentially pick up alteration haloes around volcanogenic massive sulphide mineralisation that could be used as vectors to potential orebodies.

Auroch also advised that it had advanced a first funding tranche of €$1.1m to the Alcoutim joint venture company which will assist Auroch to earn its initial 65% interest. On successful renewal of the Alcoutim tenement by the Portugese government, €$1.01m of the loan would be converted to an initial 65% equity interest, with €90,000 repayable to Auroch.

With A$8.1 million in cash and receivables at the end of the March quarter, Auroch is in a strong financial position to pursue the Alcoutim project in Portugal and a promising Lithium project in Namibia.