Auroch Minerals’ gamble on an old Czech Copper mine as future source of Cobalt for Europe’s battery factories continues to pay off, with hits of visible Cobalt minerals in the second hole of a maiden drill program. The company hit multiple bands of Copper and Cobalt sulphides over a zone of more than 130 metres, as predicted by Auroch’s 3D model. 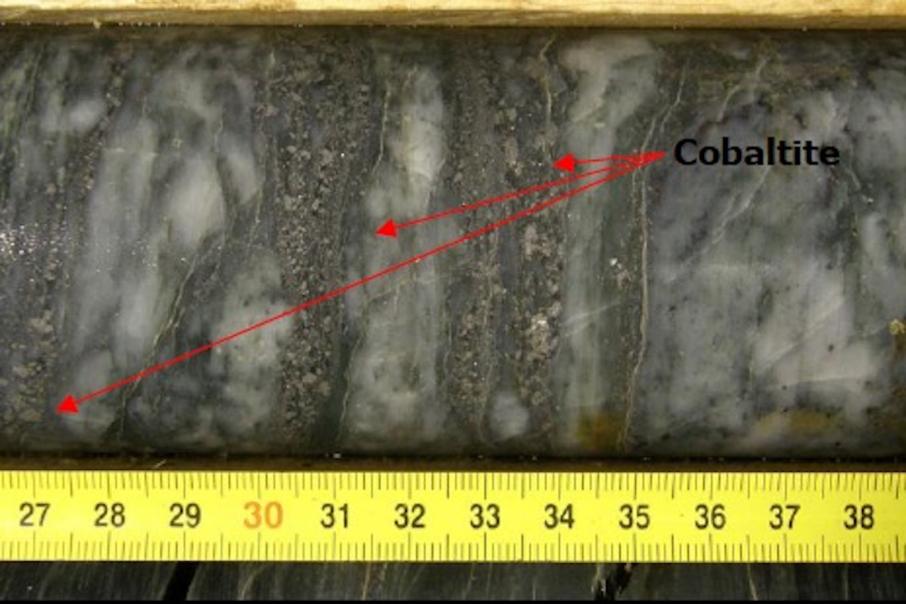 Auroch Minerals have hit multiple zones of Copper-Cobalt in a sulphide halo zone more than 100 metes thick at their Tisova project in the Czech Republic.

The battery metals explorer told the ASX that the second drill hole in their maiden drilling program at Tisova intersected several zones of sulphide mineralisation with visible Copper and Cobalt minerals in a 130-metre zone from a depth of 333 metres.

The drill hit included massive to semi-massive sulphides sulphide intersections at 340 metres, 380 metres, 387 metres, 422 metres and 442 metres. Samples have been prepared for dispatch to the assay laboratory.

The impressive drilling outcome confirms the positive results from Auroch’s recently completed 3D model of Tisova, based on historical drilling and other records of the old copper mine on the border between the Czech Republic and Germany.

Copper mining at Tisova dates back centuries however the underground workings are in good condition after major development during the last phase of mining between 1959 and 1973.

The deposit was never evaluated for its potential for Cobalt, Gold and Silver, which are common metal associations for Tisova’s VMS style deposit.

Earlier this year, Auroch spotted Tisova’s potential as a source of Cobalt to feed a large number of Lithium Ion battery plants under construction in Europe. The junior explorer snapped up the chance to bring modern exploration to the project and was immediately rewarded with high grades of Cobalt from surface waste dumps that also showed good traces of gold and copper.

The new drill hits represent a significant step forward from Auroch’s initial drill hole which hit multiple bands of iron and copper sulphide over a zone of 30 metres.

Auroch CEO, Dr Andrew Tunks, said: “This is a pleasing result from the first two holes of our drilling program. Utilising our 3D model to target the thickest parts of the sulphide-rich ore body, we were confident that hole TIDD03 would intersect multiple sulphide zones. The drill rig will now move to hole 3 of the program, 400m southeast of TIDD003, and I look forward to intersecting further zones of mineralisation.”

Market punters will no doubt be eagerly awaiting the results from assays with a particular emphasis on what the Cobalt grades might be.