Auroch have begun drilling ahead of schedule in Portugal, just weeks after entering the country with a bold, deep-drilling exploration project targeting high-grade copper and zinc. The first diamond drill hole is expected to take between four and six weeks to test its target, which is just 20kms along strike from the “supergiant” Neves Corvo copper zinc mine. 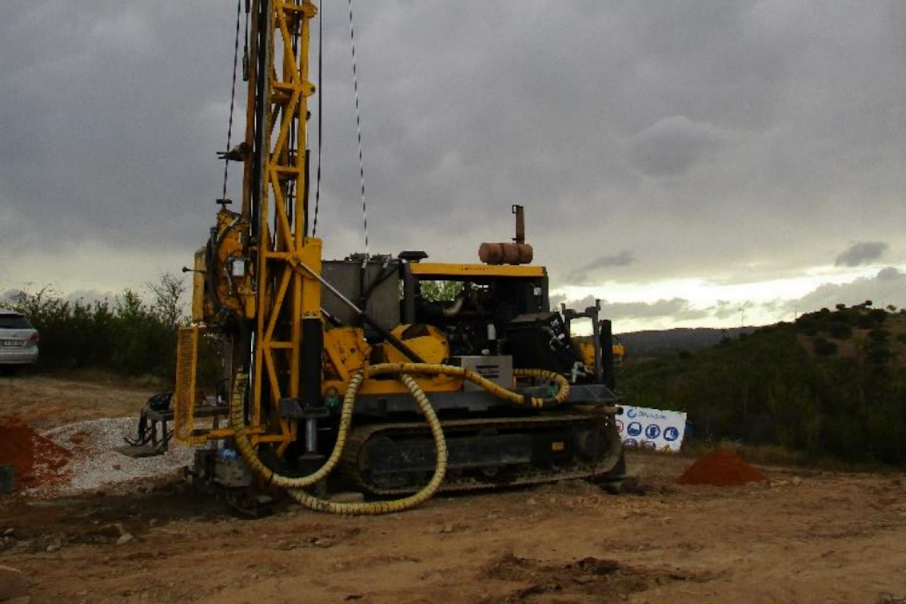 Auroch Minerals have begun drilling ahead of schedule in Portugal in search of a significant copper-zinc orebody in one of the world’s most revered mining regions that gave Rio Rinto its name.

The cashed-up Perth junior told the market that the rods were now turning at the Alcoutim project late last week with the deep diamond drill expected to take between four and six weeks to reach its target depth.

Auroch’s new project is in the heart of the famed Iberian Pyrite Belt, birthplace of Rio Tinto, and home to more than 80 base metal deposits, including three that are technically termed “super-giant” deposits with more than 200 million tonnes of ore.

One of those supergiants, the Neves Corvo mine, is only 20kms along strike and up dip from the Alcoutim project. Owner of the project Lundin, announced last week it had completed a feasibility study to more than double zinc production at Neves Corvo to a peak of 180,000 tonnes a year.

Neves Corvo was discovered in 1977 when one drill hole hit 53 metres of rich massive sulphides. Some of its best drill intercepts include 34m at 15.3% copper and 18 metres at 17.2%, which is typical of the metal grades that go with the volcanogenic massive sulphide deposit style of the Iberian Pyrite Belt.

Auroch is earning a 65% stake in Alcoutim by spending $1.4 million. The initial drill program is aimed at five targets that exhibit a similar geological environment to Neves Corvo and have significant geophysical anomalies. The company is in a solid position to fund the Alcoutim exploration program, with $8.1m in cash and receivables.

Auroch CEO, Dr Andrew Tunks, said: “The fact that we have been able to commence drilling ahead of schedule is a testament to the hard work of the new team we have established in Portugal.

“The first hole will target an intense EM anomaly. This major conductor many indicate massive sulphide mineralisation adjacent to the significant Foupana volcanic centre. The key geological elements for significant VMS mineralisation are all present within the project area and the commencement of drilling is an important step to finally test the generated targets of this exciting opportunity.”