Scheduling issues with Australia’s next generation of subs poses a regional security risk. 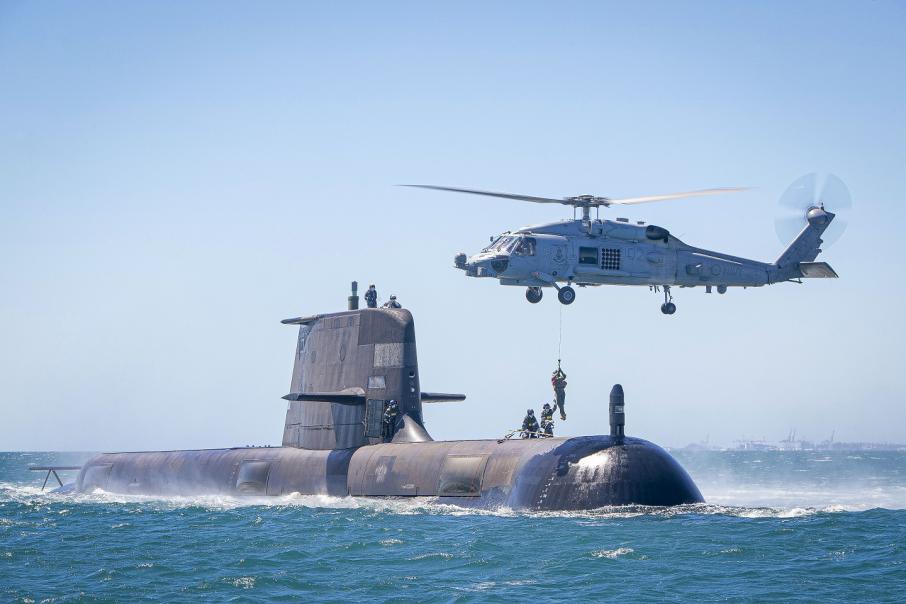 Readers of Business News are most likely aware of delays in a major submarine program for the Royal Australian Navy. This issue has serious consequences for Australia’s national security and for Western Australian businesses.

The contract for Australia’s new Attack class submarines was announced in 2016, with construction to begin in the mid-2020s.

French company Naval Group was awarded the $40 billion contract for 12 submarines with commitments on price, schedule, and Australian industry participation.

The need for these new submarines is driven by the 2026 (original) planned withdrawal date of the Collins class submarines.

Regional tensions have escalated the need for a superior submarine capability, as upgrades and modifications to an ageing fleet, while effective, are not the optimal solution within this context.

It is these ageing Collins class submarines that are subject to the full cycle docking (FCD) debate. WA hopes to win the FCD work from South Australia by leveraging a congested work schedule for SA regarding new build projects for frigates and the Attack class submarines.

Ongoing delays in the Attack class submarine program are harmful to WA’s FCD push. The WA argument is based on multiple factors, the most critical being operational and strategic reasons.

Additionally, the WA government recognised the potential to spread the work across the nation. This would help alleviate skilled resources issues expected in SA as that state dealt with new builds plus FCD. The delays to the new build on the Attack class subs lessens the impact of this point.

The potential of FCD is significant for local industry participants and, as such, Attack class program blowouts are of significant interest.

In addition, the scheduling issues pose considerable regional security risks. Operational readiness is planned for the first submarine in 2035, with final operating capability for the fleet in 2054. It is estimated that the future submarines will not outnumber the dated Collins class in Australia’s fleet until 2042.

This possibility creates capability gaps that must be addressed and has led to recent announcements on further upgrades to the Collins class subs, at an estimated cost of $6 billion.

Life-of-type extension upgrades are expected to exceed the two-year cycle of FCD maintenance intervals, leading to reductions in fleet availability.

The delay in announcing a future submarine program previously raised concerns, although the major criticism has been directed at Naval Group.

The contract cost has now risen to $69 billion, schedule delays are a significant concern, and commitment to Australian industry participation is under question. A government review is under way, alternatives are being considered to restore competitive tension, and Prime Minister Scott Morrison and President Emmanuel Macron discussed the matter at their G7 Summit meeting in June.

Australia’s procurement processes on major programs are complex and rigid, and designed to create direct comparisons around a fix requirement list. By the time a preferred tenderer is chosen, requirements may shift. Scope growth between tender, contract, and execution is somewhat inevitable.

Any contractor can be forgiven for growth in cost or schedule on that basis. However, this is an unacceptable outcome in cases where contracts have been secured on a price to win the tender, rather than a price to do the job.

The key aspects of schedule, cost, and Australian content must be maintained subject to scope. Where this has not been the case, Australia’s future procurement processes must take this into account, and the mechanism through which this is achieved is the Australian Defence Scorecard.

These challenges experienced with proven foreign providers raises further questions about the possibility of contracting directly with Australian industry.

Off-the-shelf or proven solutions are often favoured due to perceptions of risk: that the export potential and capability development in-country are less important than the defence needs of the nation.

This is not to say that all foreign companies provide these challenges. Australia’s defence is possible only because of the shared capability from the international community in combination with Australia’s own capabilities.

Furthermore, I do not hold direct knowledge of the negotiations between Naval Group and the Commonwealth. Ultimately, who is responsible is currently less important than the potential impact.

WA’s ambitions for the Collins class FCD are directly linked to the Attack class schedule.

For Australia and its national security interests, capability and availability gaps in Australia’s submarine fleet represent considerable concerns. Rarely has a contract dispute felt so important.