CZR Resources has managed to punch its way through almost half the planned 5,000m reverse circulation drilling program being undertaken at its 85 per cent-owned Buddadoo gold project in WA despite heavy rain. The company recently completed 24 holes for 2,298m on the first of several priority prospects straddling the Salt Creek shear in its project area on the Gullewa greenstone belt. 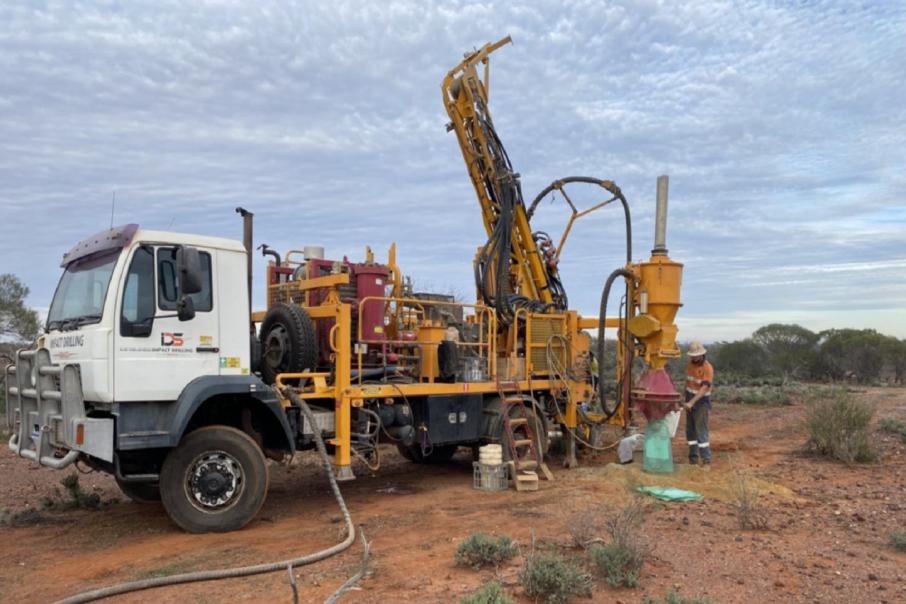 ASX-listed gold and iron ore hopeful, CZR Resources has managed to punch its way through almost half the planned 5,000m reverse circulation drilling program being undertaken at its 85 per cent-owned Buddadoo gold project in WA despite heavy rain. The Perth-based company recently completed 24 holes for an aggregate drilling coverage of 2,298m on the first of a handful of priority prospects at its project on the Gullewa greenstone belt in the Mid West region.

Assay results are pending for the two dozen RC holes, however, CZR observes the drilling has intersected intervals that are sheared and contain a variety of alteration types that are not evident as outcrop and may be typical of alteration systems that can be gold-bearing.

The company’s priority Buddadoo targets straddle the Salt Creek shear on the western side of its project area.

Due to very wet ground conditions adjacent to Salt Creek after three large rainfall events including a cyclone in recent weeks, the company has now suspended drilling at Buddadoo.

After consulting with the drilling contractor, CZR has rescheduled the remainder of the program in four-to-six weeks to allow the area time to dry.

Deflector boasts current probable and proved ore reserves of 2 million tonnes with an enviable average grade of 6.6 grams per tonne for 423,000 ounces of contained gold.

The reserves fall within a measured, indicated and inferred mineral resource estimate for Deflector of about 3 million tonnes grading an even more impressive 13.2 g/t for 1.28 million ounces.

The 300 square-kilometre Buddadoo project area, about 200km east of the Geraldton port, lies in the western portion of the fertile Youanmi Terrain on the Yilgarn Craton and in a region that plays host to several large-scale and long-life gold mines.

Buddadoo covers a 25km-long section of the Salt Creek shear where it traverses the Gullewa greenstone belt and a structure to the west that takes in Deflector.

CZR says it is focused on a suite of independently generated targets for orogenic gold deposits along the Salt Creek shear.

CZR is aiming to square away a definitive feasibility study and clinch the remaining mining approvals this year for its proposed Robe Mesa iron ore project development 150km south-west of Karratha in the Pilbara.

It also owns 85 per cent of Robe Mesa.