Aspire to upgrade coal resource for production in Mongolia

Aspire Mining has begun a 58-hole, 10,000 metre drilling campaign at its Nuurstei coking coal Project in Northern Mongolia in an endeavour to upgrade its resource in readiness for production. The Perth-based explorer, and aspiring coal miner aims to complete a feasibility study this year and has flagged potential first production from Nuurstei from as early as the first quarter of next year. 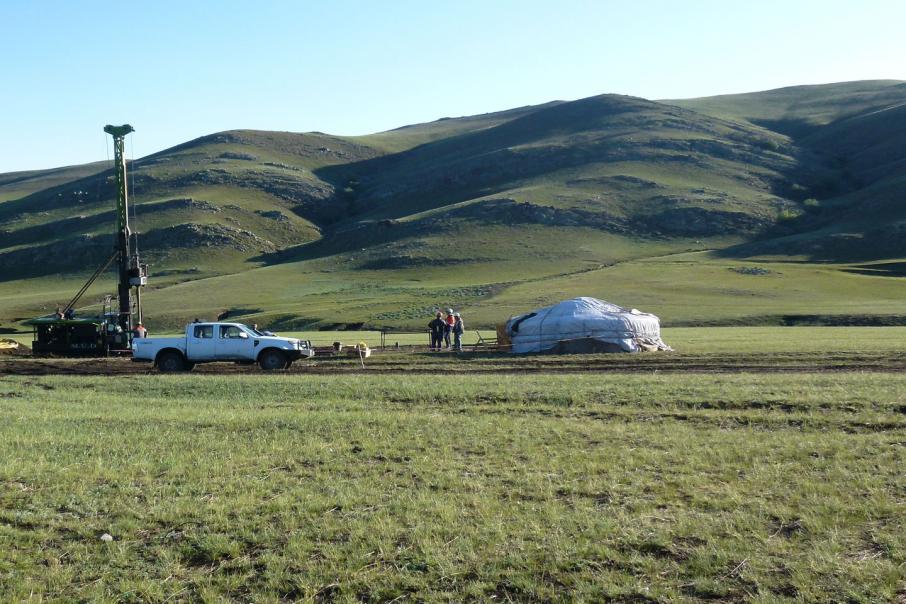 Aspire Mining has begun drilling in northern Mongolia in a push to shore up its resource as part of a feasibility study for its Nuurstei Coking Coal Project.

In a market update this week, the Perth-based explorer and aspiring coal miner said two drill rigs had commenced a 58-hole, 10,000-metre drilling campaign at Nuurstei.

Aspire said the drilling operation is aimed at upgrading a proportion of Nuurstei’s JORC 2012 inferred resource to an indicated resource.

Nuurstei has a JORC resource of 4.7 million tonnes sitting at indicated status and 8.1 million tonnes of inferred coal. The feasibility study is based on a shallow, open pit mine supplying a 1 million tonne per annum washing plant to provide washed, hard coking coal to China and other seaborne markets.

Aspire said that a Mongolian contractor, PSST LLC, had mobilised to mine 100,000 tonnes of raw coal from a mine adjacent to Nuurstei that will be used to test logistics and cost assumptions to be used in the Nuurstei feasibility study.

The company has ambitious plans to mine and export high-quality coal from its flagship Ovoot Coking Coal Project, located 160km west of Nuurstei. The world class Ovoot project is host to a 255 million tonne JORC coal reserves with the potential to sustain full-scale production of up to 10 Mtpa over a 21-year life of mine.

However, Ovoot’s development is reliant on the construction of a railway link between Erdenet and Ovoot, providing a rail spur into Mongolia’s existing rail system.

Whilst railway development plans continue to progress with major Chinese corporations, Nuurstei, by contrast, can use existing trade routes and has a much closer timeline to production. Aspire has flagged potential production from Nuurstei as early as the first quarter of 2019.

In the market update the company said: “Transport of this coal is along existing road and rail facilities for delivery to export markets in China and potentially seaborne markets through the Russian rail and ports system.”

“The coal seams being mined are extensions of the coal seams in the Nuurstei Project and will also be used to provide washed coking coal simulations and commercial trial quantities for marketing purposes through toll washing in China,”

“The Nuurstei Project development is subject to the outcomes of the current infill drilling programme, feasibility study and wash plant funding. Nevertheless, preliminary internal cost assessments which are the subject of confirmation in the feasibility study point to healthy margins at current pricing.”

David Paul, Aspire Managing Director, added: “The market for coking coal remains robust with historically healthy pricing of hard coking coals of the quality that we expect Nuurstei can produce.”