Askari Metals has successfully listed on the ASX, hitting the boards at an impressive 25 per cent premium to its 20c offer price. The company has raised close to $6 million as part of its initial public offering and has already locked in a drill rig to begin testing its highly prospective suite of copper and gold projects in Western Australia. 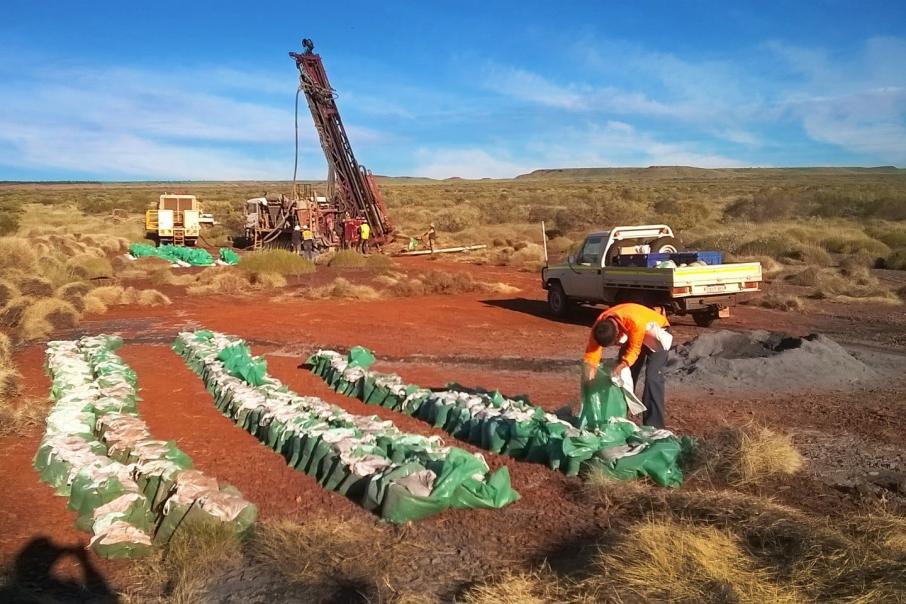 Askari Metals has successfully listed on the ASX, hitting the boards at an impressive 25 per cent premium to its 20c offer price. The company has raised close to $6 million as part of its initial public offering, or “IPO” and already locked in a drill rig to begin testing its highly prospective suite of copper and gold projects in Western Australia.

Askari is set to take advantage of the current strength in copper and gold markets, with both metals trading near 10-year highs. It has acquired four strategically located tenement holdings in WA and a further position in New South Wales on the revered Lachlan Fold Belt.

Askari Metals Executive Director Gino D’Anna said:“Askari Metals is delighted with the success of the capital raising and the listing of the company on the ASX. The launch process brings about many opportunities for the company to continue its development and to become one of the prominent Australian exploration companies in the copper and gold sector.”

First cab off the rank for Askari will be drilling at its Burracoppin gold project, near the town of Merredin, east of Perth. The WA wheatbelt region has been in the mineral exploration spotlight in recent months with Latin Resource’s high-profile 123 million tonne Cloud Nine halloysite-kaolinite discovery, which put a rocket under Latin’s share price.

Askari is now looking to light a fire of its own in the emerging mineral-rich terrane and is scheduled to kick off drilling at Burracoppin before the end of July. The company is planning to follow-up on a swag of historical high-grade drill results and test the mineralisation below a line of artisanal gold workings where sampling has returned assays of up to 71.39 grams per tonne gold. The workings appear to have been only partially tested by previous exploration.

Previous exploration over the artisanal Burgess Find and Easter Gift mines has returned some cracking intercepts in shallow holes, hinting that exploration may have only scratched the surface of a potentially significant gold play. Intervals in the bottom of drill holes include 4 metres at 11 g/t gold from 13m and 2m at 9.1 g/t from 18m, indicating that the gold mineralisation continues into the fresh rock and remains untested.

Other interesting results from Burracoppin include 14m at 13.7 grams per tonne gold from 32m down-hole  and 18m at 5.64 g/t gold from surface, demonstrating that the mineralised system has the potential to host high-grade gold mineralisation from surface.

Interestingly, Burracoppin lies just 27km to the south of ASX mid-tier gold miner Ramelius Resources’ Edna May operations, which may present a production path should the Burracoppin drilling start to build a resource position.

Askari will look to be on the ground at Burracoppin before the end of July and is planning to test strike and depth extensions of gold mineralisation with more than 2,000m of reverse circulation drilling. The company is planning a number of hole to probe the structure at more than 150m below surface.

In addition to Burracoppin, Askari owns a collection of gold tenements at Mt Maguire, along strike from Kalamazoo Resources’ multi-million-ounce Mt Olympus gold project in the southern Pilbara region. Whilst the project has been the subject of various exploration programs there has only been limited past drilling. The previous wide-spaced drilling extends along several kilometres of prospective strike and appears to have tested the host geology rather than targeting gold-bearing structures.

Regardless, the Mt Maguire drilling has returned broad intercepts of  gold mineralisation including 31m at 0.84 g/t from 20m and 18m at 1.61 g/t gold 20m down-hole, leaving Askari with the tantalising prospect of a larger mineralised envelope where targeted drilling might begin to unearth high-grade structures.

Whilst two of Askari’s projects are gold plays it is its suite of copper-gold projects that will become the company’s focus as exploration gains momentum in the months ahead.

The company’s Horry copper project sits on the eastern margin of WA’s Kimberley region, the Callawa project is in the Pilbara’s north, east of Rio Tinto’s famed Winu discovery and the Springdale project sits within the Lachlan Fold Belt of New South Wales, south-east of Newcrest’s colossal Cadia-Ridgeway mining complex.

The Horry copper project lies about 90km to the south-west of Hall Creek and has received little meaningful exploration despite being on the southern end of the stratigraphy that hosts the Mt Angelo and Koongie Park copper deposits to the north. Previous field work has outlined a 900m-long zone of alteration, with rock chips producing grades up to an impressive 5.5 per cent copper.

Interestingly, prospectors also report unearthing sizeable gold nuggets in the area surrounding Horry, adding to the allure of the prospect. Askari is now planning a field program of mapping and sampling as a prelude to a larger program of geophysical surveying and drilling later in the year.

A little further south in WA, Askari has also put its foot on some of the most sought-after tenure in the country with its strategic position at the north-eastern margin of the Pilbara, where it meets the revered Paterson province. This part of WA has a reputation as ‘elephant country’ having produced the Telfer gold mine, the Nifty copper mine and more recently, Rio Tinto’s 500 million tonne Winu copper discovery, which is rated as one of the world’s most significant copper discoveries of the past decade.

Askari is now set to join the hunt in this rich terrane with its Callawa project. The company’s tenure covers more than 167 sq.km and overlies part of a “ring structure” that shows the hallmarks of a potential porphyry terrane. Whilst much of the company’s tenure is covered in a thick blanket of alluvial and wind-blown sediments, there are some areas of outcrop.

The project appears to have received only scant attention from previous explorers, however rock chipping of several areas of outcrop has returned some stunning results including samples grading up to 9.35 per cent copper with 25.9 g/t silver and 7.63 per cent copper with 15.7 g/t silver, hinting at the presence of a high-grade epithermal copper system that may be feeding off a deeper porphyry intrusive.

Interestingly, whilst there has been some drilling within the company’s tenure, it appears to have been confined to existing tracks and has failed to test the identified copper anomalies within the project area. Askari is now completing various environmental and native title surveys and expects to begin mapping and sampling in the months ahead, as a prelude to a larger program of geophysics to pin down the drill targets within its tenure.

Last but certainly not least is the company’s Springdale project in southern New South Wales. The project sits in a good neighbourhood with the massive Lake Cowal gold mine to the north and lies along strike from DevEx’s Junee copper-gold porphyry project. Springdale, the east of the town of Temora, covers more than 30km strike of fertile volcanic and sedimentary stratigraphy.

The Springdale area has previously produced high-grade gold from artisanal mining, with more than 20 separate sets of workings through the tenement area associated with gold-bearing quartz veins and old alluvial workings. The area has yet to be subjected to modern exploration, however previous shallow drilling has unearthed some interesting intercepts including 4.1m at 2.19 g/t gold form 65.8m and 8m at 0.99 g/t gold from just 16m down-hole.

Askari is currently in the preliminary stages of planning its exploration program at Springdale, with initial work showing not only the potential for lode-style gold mineralisation in the central tenement area but a nest of potential porphyry targets in the north.

The company will likely begin its on-ground evaluation of the Springdale tenure in the coming quarter, with work expected to include mapping, sampling and an induced polarisation survey to assist in tracking down a slew of copper-gold targets. This work will include testing for the massive porphyry targets that lurk in the region, demonstrated by Alkane Resources’ recent Boda discovery south-east of Dubbo.

With its IPO in the bag, Askari is now set to dip into its coffers and begin building a pipeline of copper and gold projects in WA, with a wildcard at Springdale in New South Wales also in the mix.

As gold drilling kicks off at Burracoppin and first-pass sampling commences over the high-grade Horry copper project in the weeks ahead, punters shouldn’t have to wait too long before this newly minted explorer begins to earn its stripes in some of the world’s most fertile copper and gold terranes. 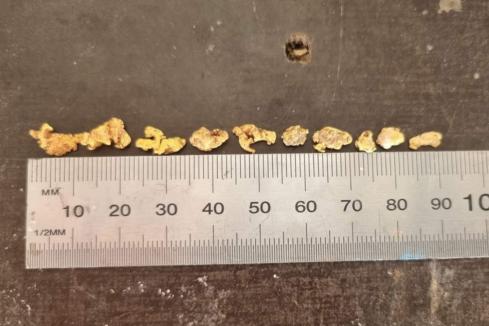 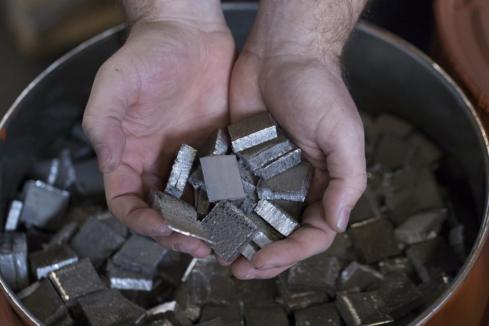 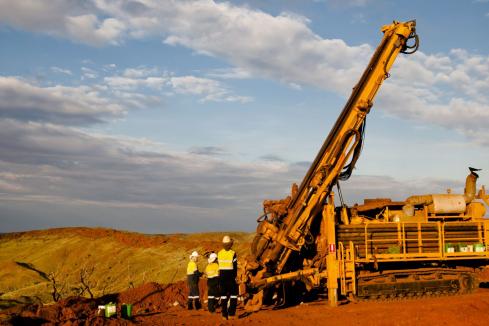 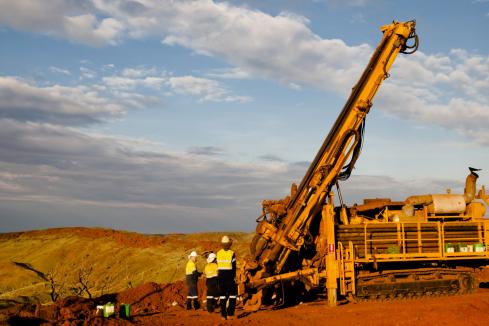