The performing arts sector is coming up with new ways to ensure people are entertained, in light of government restrictions on indoor events attended by 100 people or more as a result of the COVID-19 pandemic. 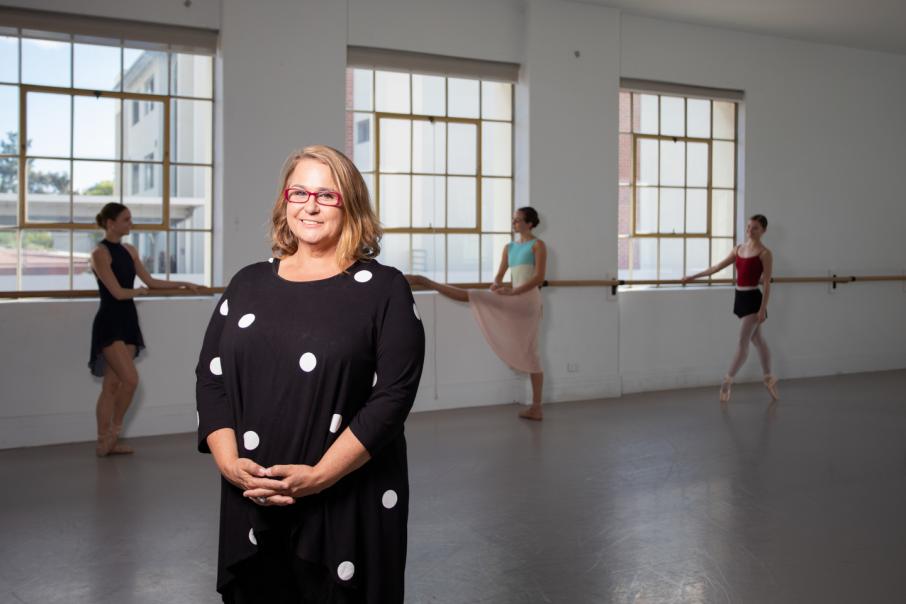 Jessica Machin says WA Ballet is looking at how it can engage digitally. Photo: Gabriel Oliveira

The performing arts sector is coming up with new ways to ensure people are entertained, in light of government restrictions on indoor events attended by 100 people or more as a result of the COVID-19 pandemic.

“Then you think, 'Well what are the knock-on effects',” Ms Machin said.

“Because our sector, we bring about one million people into the city per year, then there is all the local businesses which benefit from that, so there is a multiplier effect.”

On Sunday, WASO suspended all performances until the end of April and West Australian Opera announced on Sunday it was cancelling Star Navigator, Opera in the Pinnacles and Opera in Geraldton, as well as school and community workshops.

On Tuesday, WA Ballet postponed Genesis, Sleeping Beauty and STATE, and earlier today Black Swan State Theatre Company announced its 2020 season was postponed, except for Oklahoma!, which will be presented in November.

Black Swan State Theatre Company told Business News it was honouring artists' contracts, WA Ballet and WASO have full-time employees who will continue to be paid a salary, while West Australian Opera says it is looking after its artists.

Ms Magadza said the issue in the small-to-medium sector was their margins weren’t as big, so any variation in revenue was difficult for them.

“The other area we are trying to draw together a picture is the independent sector and as I said this morning, we are the people who are named the gig economy," she said.

“There are a lot of people from artists, who are having contracts cancelled, tours cancelled and all the behind-the-scenes people: production staff, publicity staff, event organisers, all of those people, there’s a great deal of them who are either sole traders or independent contractors or the casual workforce beneath that as well.

“That picture is really hard to grasp as to the impact because that’s living wages for a lot of them, it’s not just business turnaround.”

The website ilostmygig.net.au has been asking people to enter how much money they have missed out on because of cancelled gigs due to COVID-19 and as of 3pm on Thursday, the tally stood at $200 million.

Performer, producer and owner of Variegated Productions, Libby Klysz said arts workers were slipping through the cracks as most weren’t direct employees and had not benefited from the government's stimulus packages.

“We are the original little gig economy so those sorts of handouts aren’t coming through to us and they are really vital at the moment,” Ms Klysz told Business News.

“A lot of us have put significant investment into seasons that are no longer going ahead.

“Not me personally, but many of my peers had seasons locked and ready to go in Melbourne International Comedy Festival and with a week out, an awful lot of spend has happened there and recoup of box office has disappeared and we are really struggling.”

While Ms Klysz said she wasn’t sure what she was going to do income-wise just yet, she was preparing to use the time wisely.

“I’m taking this opportunity to make sure all of my back-end stuff is in order, chasing up all the paperwork, updating things, really making sure things are tidy from an administrative point of view as I possibly can, so when we are able to go forward in creating work and producing work again, then at least we are going from that really sound platform and we don’t have to worry about any of that,” she said.

Ms Klysz said the government needed to provide support for performers who were now out of work.

The industry representatives asked the government for an $850 million stimulus package to save jobs in the arts sector.

LPA chief executive Evelyn Richardson attended the meeting and said it was a useful discussion.

“But what we really need from government right now is a plan of action, backed up by significant funding to support the thousands of people who are losing work across our industry,” Ms Richardson said.

The industry is also coming up with creative ways to ensure they can still connect with their audience and make an income.

WA Ballet’s Ms Machin said the organisation was looking at how it could engage digitally.

“We are filming Genesis and that will come out in one platform or another, we are looking at having regular Facebook stuff behind the scenes and engagement with the dancers too,” she said.

“It actually could create some lovely opportunities for people to get to know our company a lot better.

“We have a range of productions that we have on film, so we are exploring if there are possibilities to have those streamed.”

New Black Swan State Theatre Company executive director Rick Heath told Business News while he was upset about the circumstances, the next few months would give the company the opportunity to think about how it could do things differently.

Although Mr Heath said he couldn’t confirm anything just yet, he was looking at setting up a recording studio.

“We have got a series of monologues that are being developed, we will hopefully look at recording them and putting them online,” Mr Heath told Business News.

He said school workshops could also be recorded and given to schools online, and they were looking through their archives at broadcast-quality recordings of shows.

“We have got a partnership with Channel 7, what can we do through that?

“Right through to do we need our own YouTube channel or Netflix kind of program?

“What would a digital or online membership to the organisation look like in the interim?

“There are just so many things that we can explore.”

Another creative idea came from Limelight consultant Ali Welburn, who provides communications, marketing and arts management services to the industry, while also lecturing at WAAPA.

“Apart from three hours a week at WAAPA, which goodness knows how long it will be before universities shut, I have now gone to zero income, which is concerning,” she said.

“I sat there on Sunday night thinking, 'What’s the potential of how I can help the sector, but also still have an income coming in, bearing in mind, that people won’t have the income to spend on my consulting services?'

“Instead, what I have done, is I am offering myself for an hour for people who are using this forced downtime to maybe replan, refresh what I do, reassess how they approach their arts project to actually be able to consult with me for an hour and it’s by donation.

“I see that as a win-win, I get something and they get an hour of professional advice.”