Artemis Resources has estimated an indicated resource of 152,000t @ 0.63% nickel and 0.47% copper for contained resources of 965t of nickel and 713t of copper at its Ruth Well project in WA’s West Pilbara region. In line with its new gold focus, the company will undertake a heritage survey over the Monarch and Conqueror targets in the current quarter. Both targets are within trucking distance of its Radio Hill processing plant. 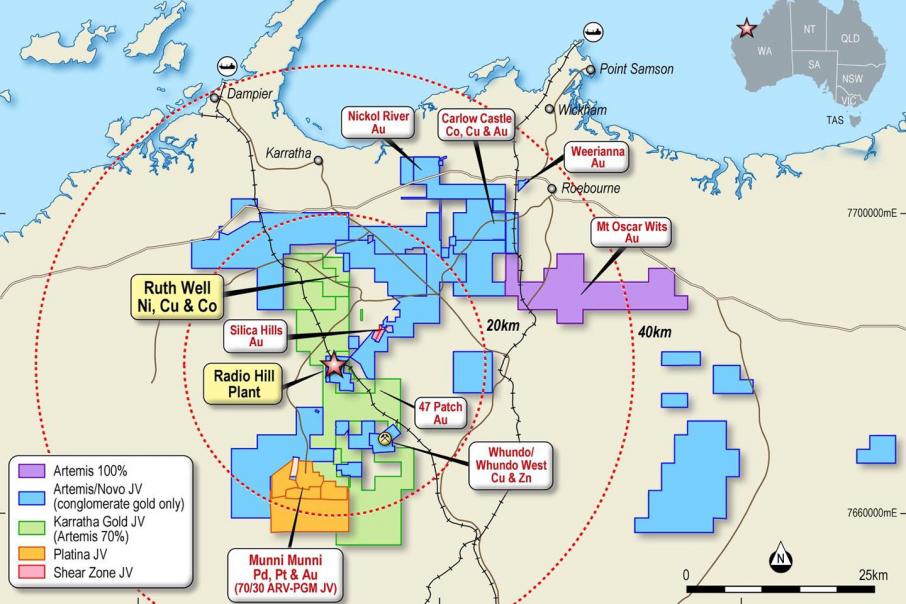 Artemis Resources has defined a modest nickel-copper resource at its 70%-owned Ruth Well project in WA’s West Pilbara region and has also confirmed that it will now focus on gold exploration in that region.

The company has tagged Ruth Well with a higher confidence JORC-compliant indicated mineral resource of 152,000 tonnes grading 0.63% nickel and 0.47% copper for 965t of contained nickel and 713t of contained copper.

Ruth Well is located 18km from Artemis’ wholly-owned Radio Hill processing plant. It is considered to be an intrusion-related nickel-copper-cobalt sulphide deposit within the Ruth Well Formation of the Roebourne Group.

“This early stage drilling has defined a small nickel-copper target at Ruth Well. Complementary targets such as the Zac Prospect (to the west of Ruth Well) exist with both showing strong electromagnetic anomalism that may provide additional tonnage.”

The company said that with its proximity to Radio Hill, further resource development work and favourable commodity prices, Ruth Well could be reassessed for future processing as a supplementary nickel sulphide feed.

However, any further base metal activity will have to wait with Mr Mead highlighting the company’s recent focus back to gold.

“Artemis sees a greater regional opportunity in this area for gold and as such the Monarch and Conqueror gold targets will take precedent over further base metal investigation across these tenements and a heritage survey will commence over these prospects this quarter,” he added.

Monarch and Conqueror are both very early stage regional gold targets discovered by the company in 2018.

Both targets are within trucking distance to Radio Hill and could provide additional tonnage to supplement base load ore supply from Carlow Castle.

The company has approvals in place to process 500,000 tonnes of gold ore per annum at Radio Hill, which boasts refurbished mills, a new tertiary crusher, a new gold circuit and a new gold room. 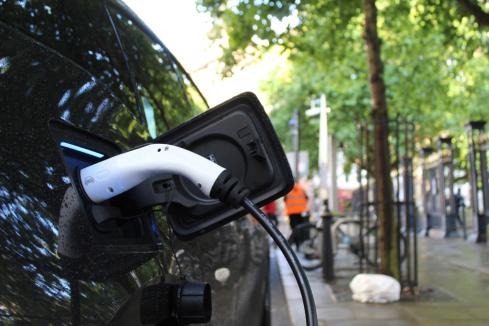