Artemis Resources has fully committed to developing its West Pilbara gold assets and completing an upgrade of the strategic Radio Hill processing plant near Karratha in WA. The company will divest several non-core assets and is advancing discussions with other operators for toll treatment options through its Radio Hill plant for a number of stranded gold deposits within a suitable trucking distance. 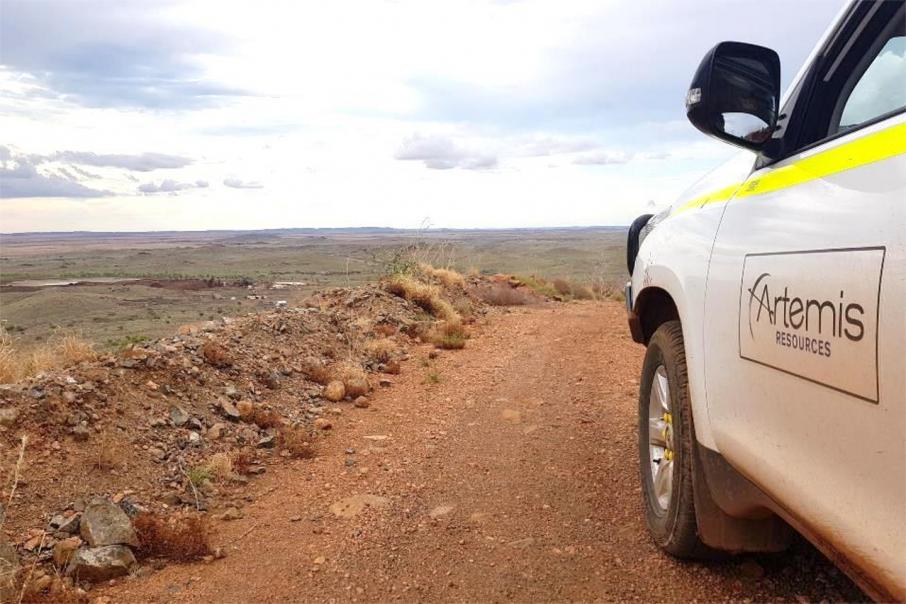 New management at Artemis Resources has brought about a new focus, with the company now fully committed to developing its West Pilbara gold assets and completing an upgrade of its strategic Radio Hill processing plant near Karratha in WA.

As a result, the company is evaluating divestment of several non-core assets, including the high-value, early stage greenfields Armada prospect in the emerging Paterson Range province in the eastern Pilbara.

Artemis has also signalled its intent to pursue admission to the AIM market of the London Stock Exchange, to build on its significant UK, European and US shareholder base, where investment for gold opportunities is currently robust.

Accordingly, the company will reduce all non-core expenditure to support the funding initiative, with a planned listing on the AIM market next quarter.

Artemis’ key gold development asset is the Carlow Castle gold-copper-cobalt project, which has a mineral resource of 7.7 million tonnes grading 1.06g/t gold, 0.51% copper and 0.08% cobalt, with a gold inventory sitting just above 260,000 ounces.

Significant investment made into Carlow Castle over the last year has paid dividends and it can now be taken to the next stage of resource development and metallurgical assessment, with a PFS touted for the March quarter of 2020.

The company also holds 80% of the Weerianna gold project, located 35km from the Radio Hill plant, where last December it revealed an updated mineral resource of 0.975 million tonnes grading 2g/t gold for just under 63,000 ounces of gold.

Artemis is also advancing discussions for third-party toll treatment options through its Radio Hill plant, to take advantage of a plethora of stranded gold ore bodies and deposits within a suitable trucking distance of its future processing operation.

There are mutual benefits all round from this initiative, with the Radio Hill plant permitted to process up to 500,000 tonnes of ore per annum.

The advantage to external parties would be to require only mining approvals and hence, reduce their overall capital costs, potentially bringing in cash flow much sooner than a standalone operation could offer.

For the company, having the plant buzzing at capacity would help re-establish the processing operations, re-rating Artemis as a gold producer and helping to self-fund its exploration and resource development in the West Pilbara, underpinned by an ongoing cash flow.

The company also continues to support its 50/50 JV partner and conglomerate gold developer Novo Resources in the district, as that company advances its exploration at Purdy’s Reward, about 15km east southeast of the Radio Hill plant.

However, Artemis is not stopping there and is presently seeking to expand its relationship with other regional groups that hold more traditional vein and shear-hosted gold projects, that could also be potentially toll-treated at its plant.

In addition, the company owns a number of exciting new, early-stage regional gold targets at the Monarch, Conqueror and Pipeline prospects, which are all just a stone’s throw from the Radio Hill plant.

According to Artemis management, its fully-owned plant is about 80% refurbished and the site is already connected by road, water and power infrastructure to Karratha, just a short distance to the north.

The company’s new Non-Executive Chairman Sheikh Maktoum Hasher al Maktoum said: “The operational plan for 2019 is now keenly focussed on advancing our key (gold) assets in an orderly, well planned and tightly managed process to create value for all shareholders.”

“This plan will be clearly and continuously communicated to our shareholders with Artemis providing additional detail as to milestones and costs for the 2019 programme in the upcoming weeks.”