Artemis Resources has outlined a development drilling program for its flagship Carlow Castle gold-copper-cobalt project in the Pilbara of WA that is aimed at upgrading the current inferred mineral resource to the higher confidence indicated status. The drilling will close up the drill spacing over higher-grade sections of the existing mineral resources and allow the company to derive a maiden ore reserve for the project. 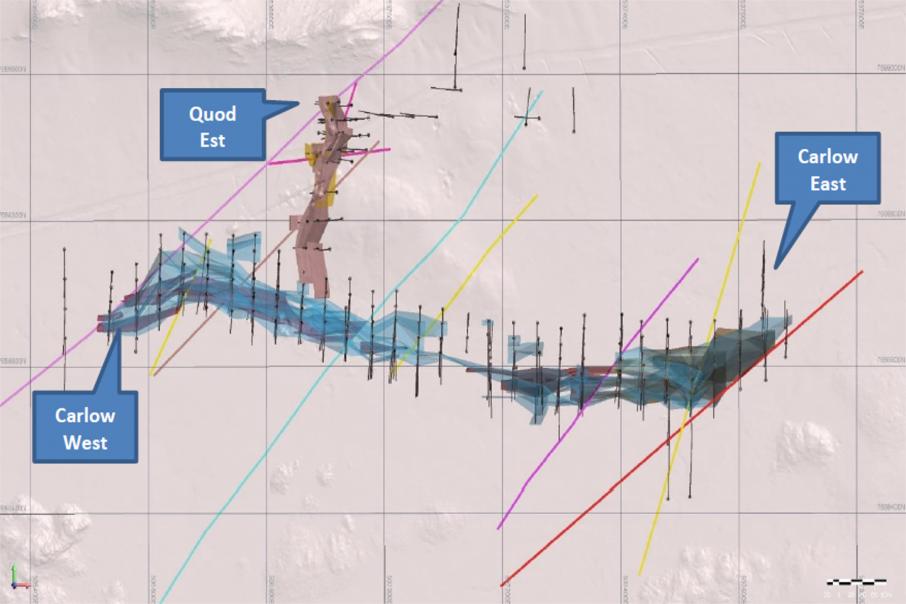 In line with its new operational plan, Artemis Resources will hit the ground running at its intriguing Carlow Castle gold-copper-cobalt project near Karratha, WA, with a substantial diamond drilling program planned in order to upgrade and reclassify the mineral resources during the September quarter.

The campaign will be phased, with the Stage 1 program of 5,000 metres aimed squarely at increasing confidence of the current inferred mineral resource of 7.7 million tonnes grading 1.06g/t gold, 0.51% copper and 0.08% cobalt to an indicated status of classification.

This program will allow the company derive a maiden ore reserve for Carlow Castle to underpin its goal of a minimum three-year mine life for the project, to be processed through its refurbished Radio Hill processing plant nearby.

Stage 1 drilling will close up the drill spacing over the higher-grade sections of the Carlow East, Carlow West and areas east of the existing Quod Est mineral resources.

The drill core from this program will also be utilised for comprehensive metallurgical test work studies, which will be used to determine those ore bodies’ amenability to low-cost, conventional processing options to recover the gold, copper and cobalt content.

In February, Artemis reported very encouraging preliminary test work results for the Carlow Castle ore stream, showing gold recoveries of 98-99% using gravity and cyanide leaching techniques, with 77-85% of the total copper and 73-79% of the cobalt metal being reported into high grade concentrates by conventional flotation.

The Stage 2 program of about 5,000m of diamond drilling will be planned after all the Stage 1 drilling data and geological interpretation is completed and is targeted towards defining the broader structural controls on the ore body, with one eye on the extensional potential of the system.

The company is serious about advancing Carlow Castle with some urgency, saying the two-stage program could cost up to $1.8m.

Just last week, Artemis said it was fully committed to developing its West Pilbara gold assets and completing the refurbishment and upgrade of its strategic Radio Hill processing plant.

The company also signalled its intent to pursue admission to the AIM market of the London Stock Exchange, to build on its significant UK, European and US shareholder base, where investment for gold opportunities is currently robust.

Artemis has made a significant investment into Carlow Castle over the last year, which will now be elevated to the next stage of resource development and metallurgical assessment, with a PFS touted for the March quarter of 2020.