Legend Mining has selected conductor D5 within its Area D prospect area in the Fraser Range region of WA, as the highest priority target for diamond drilling later this year. The company controls vast tenement holdings over 3,000 square kilometres in the area and a recent review of all existing drilling data, geophysical interpretations, ore mineralogy studies and encouraging geochemical signatures has led to the conclusion. 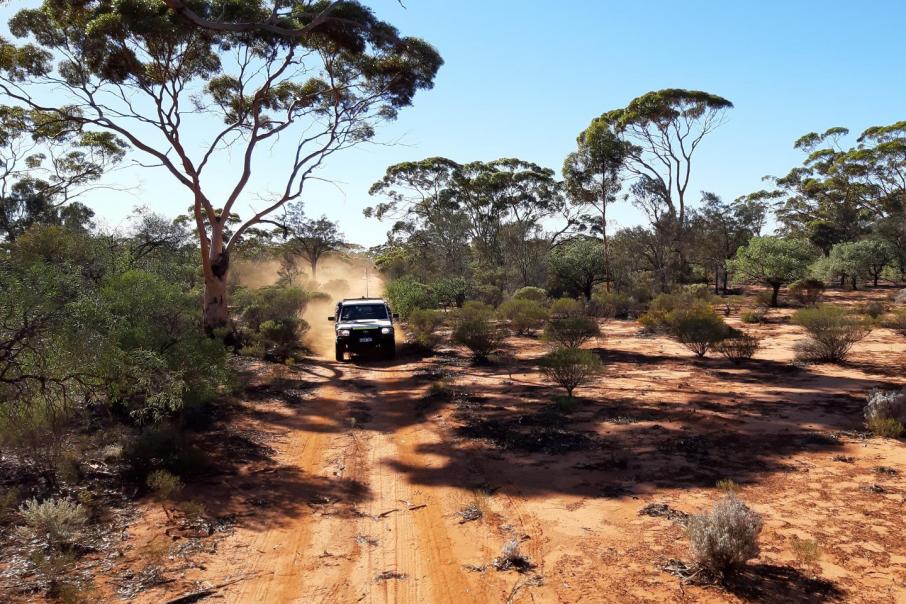 ASX-listed base metals explorer, Legend Mining, has determined that conductor D5 within its Area D prospect area in the Fraser Range region of WA, is its highest priority target for diamond drilling later this year.

The company controls a vast tenement position covering more than 3,000 square kilometres in the prospective area and an examination of all existing drilling data, geophysical interpretation, ore mineralogy and encouraging geochemical signatures has resulted in the conclusion.

Legend revealed this week that it had received additional highly anomalous and shallow base metal results from aircore drilling at Area D, peaking at 23 metres grading 0.23% nickel and 0.03% copper from 64m down-hole, including 8m @ 0.32% nickel and 0.06% copper from 72m.

The company added that geochemical analyses of all bottom-of-hole drill sample results had delineated a 500m by 200m zone adjacent to the D5 conductor with coincident sulphide mineralisation and favourable rock sequences including gabbronorite, which hosts the revered Nova mine, 160km to the southwest.

In addition, remodelling of geophysics had identified a strong conductor some 150m below the surface, adjacent to the D5 conductor, strengthening the case further for deeper, diamond drill testing at the anomaly.

Legend will also complete an innovative, low-frequency electromagnetic ground survey to tweak the final drill hole positions near D5, which given the geological complexity of the area, could be the result of multiple conductors.

According to the company, design of diamond drilling programs for its Area D, Worsley, Shackleton and possibly Crean prospects are underway, for completion later in 2019.

Legend is now cashed up for a full exploration tilt at its broader Rockford project tenement holdings in the Fraser Range, following a series of transformational deals with fellow base metals explorers and developers, the Creasy Group and Independence Group earlier this month.

Managing Director Mark Wilson said: “This comprehensive wrap up of results from the Area D prospect represents the culmination of several months of fieldwork and desktop studies. The net result has given our team the confidence that conductor D5 represents our top priority diamond drill target at this prospect.”

“Our geophysical consultants have recommended an additional low-frequency EM survey to enable them to better model D5. Once the results from this survey are analysed, the next step is the eagerly awaited diamond drill programme”.