ASX-listed Aquabotix has launched some new technology for their innovative range of underwater drones that enables its users to control the unmanned vehicles from anywhere in the world via the internet. The underwater robotics company says the game-changing tech also allows multiple users in different locations to operate the same vehicle remotely from everyday devices such as computers, phones and iPads. 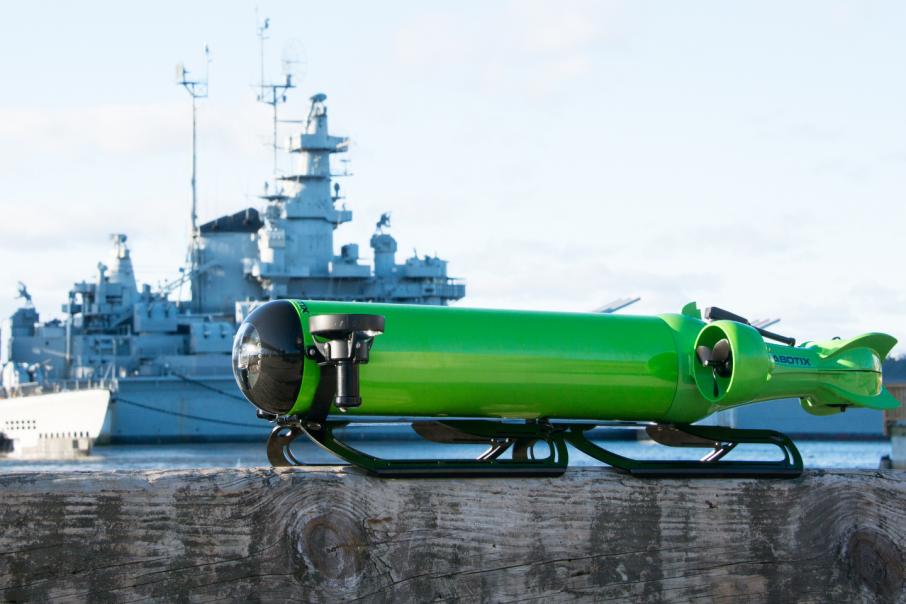 Aquabotix's 'Hybrid' underwater drone can be operated without a tethering cable

Australian underwater robotics company Aquabotix is rolling out new technology that enables users to control its sub-sea drones from anywhere on the planet via the internet.

In the market update, Aquabotix said Live Remote Control could be used by any business with a multi-site presence to control its unmanned underwater drones from ubiquitous devices such as home computers, smartphones and iPads.

Aquabotix chief executive officer Durval Tavares said: “Having our customers operate unmanned systems underwater in a live, immediate fashion, from anywhere in the world, is a game-changer for the underwater robotics industry.”

“Advances in underwater unmanned systems typically lag those in the aerial domain by several years. Aquabotix is proud that the smart computing power of its vehicles enables the company to achieve innovations like these, which are at the forefront of advances in the industry.”

Aquabotix, who listed on the ASX in April, manufacture underwater drones for a range of applications including industrial, government and military.

The recreational marine industry is also a target for Aquabotix as more and more boat owners seek to take a peak underwater and gain confidence that their hull is still in good condition.

The company’s unique underwater robots can be deployed in a myriad of settings including mapping the sea floor, searching for ship wrecks, search and rescue missions,  and to assist with oil spills and other marine incidents.

According to the ASX Junior, a major plus of Live Remote Control is that it improves the remote user experience for clients because it allows them to better monitor what is happening below surface at all times.

The web-driven innovation also reduces the need for expensive and complex on-site manpower for underwater operations the company says.

Aquabotix claims that its underwater drones are unique in so much as they can be described as “hybrids”. This is  because they have the ability to operate either autonomously without a tether cable attached, or directly by the operator via the use of a tether cable.

The company has sold more than 800 units in over 45 countries and currently has distributors in the USA, Canada, Australia, New Zealand, United Kingdom, Ireland, India, Norway, Sweden, Denmark and Brazil.