Aquabotix sails into drone deal with US Navy

Aquabotix will have the opportunity to demonstrate its SwarmDiver underwater drones to the US Navy under a research and development deal with the United States Naval Undersea Warfare Center. The agreement gives the company access to the Narragansett Bay military test facility – including its ranges and personnel - to test and demonstrate its swarming drones. 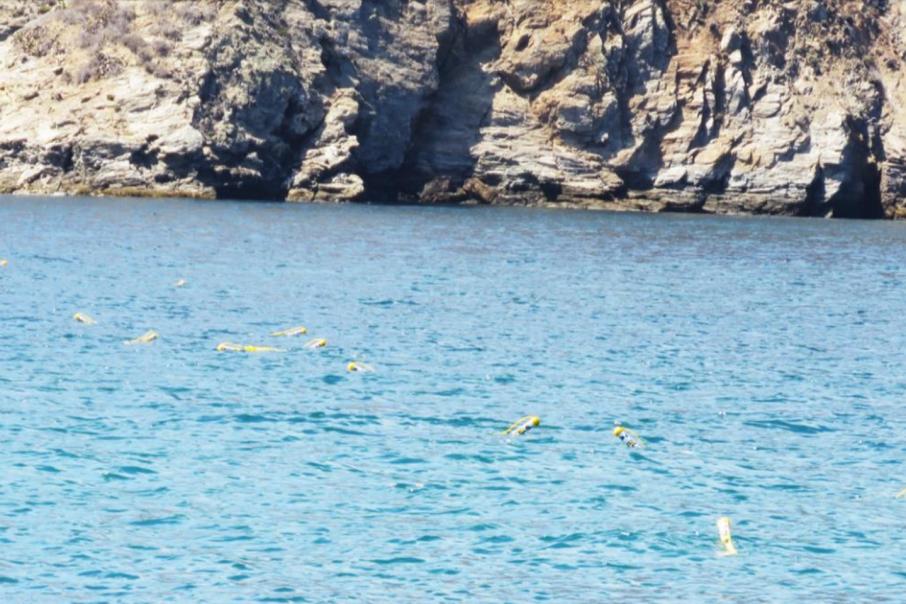 SwarmDivers remotely operated for a demonstration of swarming capabilities

Underwater drone specialist Aquabotix has underlined its military credentials with the signing of a special purpose Cooperative Research and Development agreement with the United States Naval Undersea Warfare Center.

This gives the ASX listed junior tech company access to the Narragansett Bay Military test facility – including its ranges and personnel - to test and demonstrate the company’s unique SwarmDiver miniature submarine drones and other relevant technologies.

SwarmDiver’s are equipped with smart cameras and a swarm of them can be operated as one giant synchronized unit by a single surface operator.

Aquabotix says its SwarmDiver technology is unique because it is the only product of its kind that can also operate on the surface.

This week’s announcement comes on the back of last month’s co-location agreement that will see Aquabotix relocate to a military facility in the US with access to military technologies, materials and armaments.

The co-location agreement will also assist the company to sell its products to the US Army.

Aquabotix CEO Whitney Million said: “We are honored to be co-operating with the United States Navy and believe that SwarmDiver can be a game changer for the U.S. and allied naval operations.”

The company says that SwarmDivers are the first commercially available micro, unmanned surface and underwater vehicle available to corporate and governmental users.

Its drones could be used for surf break zone operations support, enhanced navigational capabilities, explosive ordnance disposal and as a mine countermeasure.

The US Navy’s interest in drones of all types is increasing with Florida Atlantic University's College of Engineering and Computer Science announcing last month that it had been awarded a $1.25 million grant by the United States Office of Naval Research to develop unmanned surface vehicles that serve as "motherships" for unmanned underwater vehicles and aerial drones.

It also believes that unmanned vehicles are less expensive to operate and maintain than manned vehicles while automated sensors can maintain near-constant awareness and coverage of a hostile environment.