Underwater drone specialist Aquabotix has announced the launch of its “Swarm Diver” product, an autonomous underwater and sea-surface robot that can work in cooperation with other units of its kind on security, recovery and data collection missions. The Sydney and US-based company says the remote-controlled vehicle, which weighs 1.7 kilograms, is the first of its kind commercially available. 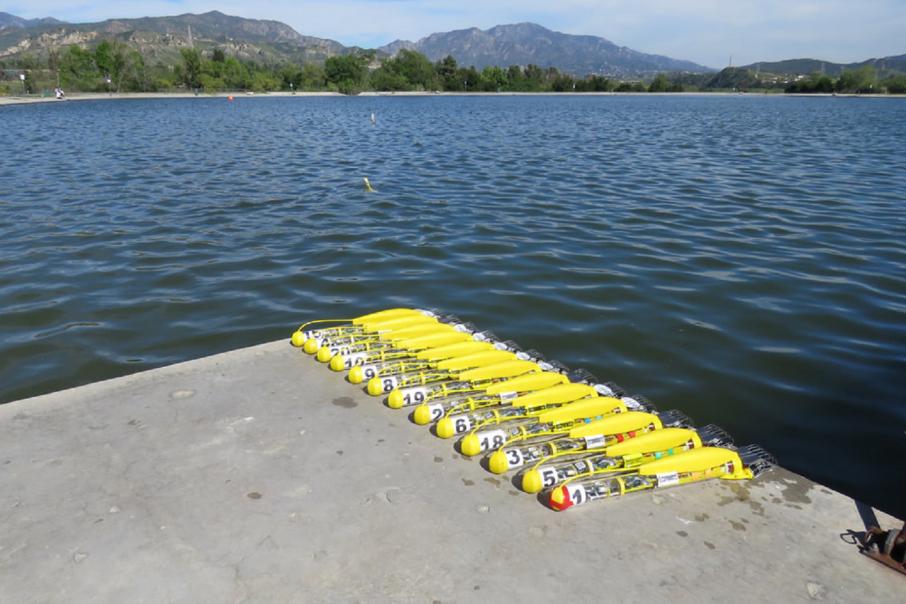 In a market update this week, the company said the new drone, known as the “Swarm Diver”, was the first micro, unmanned surface vehicle and unmanned underwater vehicle commercially available in the industry.

The company said the miniature drone weighed under 2 kilograms and was just 75cm long.  Features include a vertical dive capability of up to 50 meters, wireless data feedback, multi-constellation GPS for location accuracy and the ability to operate both under the sea and on the surface.

According to Aquabotix, one significant competitive advantage of the Swarm Diver was that multiple units could be controlled simultaneously from the surface as a single coordinated entity to perform coordinated dives on command in order to collect valuable intelligence.

The Sydney and Massachusetts based underwater robotics company said no other underwater drones with diving capabilities of this kind were currently commercially available to corporate or Governmental users.

"Swarm Diver leads a revolution in underwater technologies, and we believe it is a game changer for both the Company and the industry.”

In the latest update, Aquabotix said it was confident the Swarm Diver would be popular with navy forces that are increasingly looking for naval swarming options.

In addition to defence and security applications, Swarm Divers can be deployed in research, harbour management and oceanography settings, the company said.

With just one person controlling an entire fleet of Swarm Divers, Aqabotix’ new technology could see up to 30 units or more all working in unison, either underwater or at surface to achieve a common goal.

The company released a video this week on a “swarm” of 30 units working in this way.

The video features the underwater drones  engaging in synronized diving for data collection and surf zone use.

The launch of Swarm Diver comes as Aquabotix transitions from being a tightly-held private business to a publicly-listed industry leader in the fast developing underwater drone business.

The company recently added 10 new distributors to its global network as it looks to establish a global base for substantial sales targets moving forward.