Aquabotix has launched a smarter 'hybrid' drone that can be operated directly from the surface, autonomously or remotely. Deployed for security, research, environmental assessment and defence purposes, the drone can be controlled by one person and will deliver greater flexibility, the company says. The new drone is able to be mounted with additional sensors and has an 8 hour battery life. 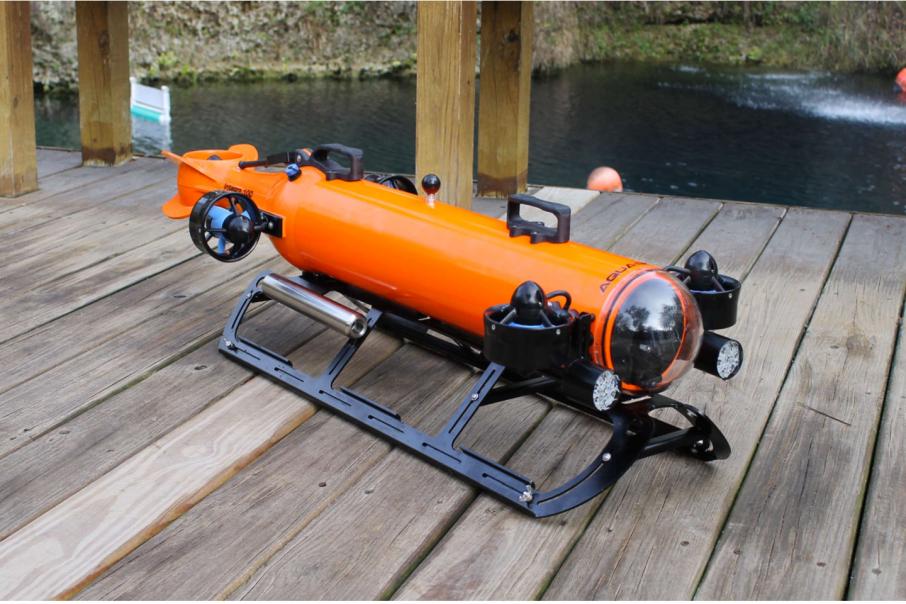 ASX listed Aquabotix has launched its second generation, cutting-edge underwater remotely operated vehicle or “ROV”, that can be operated directly like a drone, or controlled remotely from anywhere on the planet.

In a market update on Tuesday, the sub-sea robotics company said the new ROV, known as the “Integra AUV/ROV”, had expanded on the company’s existing hybrid technology designed for underwater missions suitable for law enforcement agencies, research purposes, environmental assessments and defence organizations. The company’s underwater drones can also be used for mapping the sea floor, search and rescue missions and to assist with oil spills and other marine incidents.

According to Aquabotix, one significant competitive advantage of the new Integra AUV/ROV over previous models is its ability to operate autonomously and be controlled remotely from anywhere on the planet.

In AUV or autonomous underwater vehicle mode, the unit can be programmed to operate in a particular area without any further input from the operator and free of any cabling requirements. When set to ROV or remotely operated vehicle mode, the Integra is controlled by a user via a cable or tether connected to it.

Aquabotix said the AUV/ROV can accomplish underwater tasks that would previously have required the use of two underwater vehicles.

AUV mode can be activated for a broad range of search missions and ROV mode can be used for more in-depth analysis of underwater conditions whilst attached to the tether cable and controlled directly from the surface.

The company said other features of its new, second generation vehicle included single-person functionality, full portability, battery-power and the ability for users to conduct multiple missions at a lower cost instead of having to deploy separate AUVs and ROVs.

Aquabotix CEO David Batista said: “With the Integra Hybrid AUV/ROV, we have added more functionality to a single vehicle.”

“Because this vehicle has the brain power to conduct autonomous missions as well as detailed inspections in a single setting, operators have immediate and complete control.”  “The introduction of the Integra AUV/ROV is the next step in the evolution of underwater vehicles and illustrates how Aquabotix continues to successfully meet the demands of underwater exploration and inspection.”

The Integra AUV/ROV can be configured with multiple sensors and operated via a platform that is accessible from any web-enabled device, with all mission planning undertaken on a Windows-based application.

It is equipped with a high definition, on-board camera, 8 hours of battery life and multiple sensors including depth, temperature, orientation and GPS.

The junior tech company listed on the ASX in March this year, raising $7million from its initial public offering to help fund expansion strategies in the Asia Pacific region. The company has distribution outlets in the USA, Canada, Australia, New Zealand, United Kingdom, Ireland, India, Norway, Sweden, Denmark and Brazil and has sold more than 800 of its units into more than 45 countries.