App/tech business of the week - eebudee

A closed social media platform for families with children aged up to 12 years. 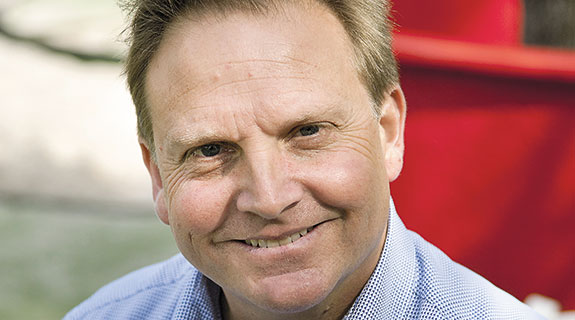 SAFE APPROACH: Mike Fairclough says eebudee is like a set of digital training wheels for your kids.

WHAT ~ A closed social media platform for families with children aged up to 12 years.

All the interaction happens around a virtual family fridge, where only people invited by parents or responsible adults can join the conversation, see posts, and share whatever it is that matters to their family.

A range of sporting heroes is also involved with eebudee, and over time they will be increasingly used as role models to help promote physical activity and leadership skills for kids who are growing up in a very technology focused world.

WHERE ~ Due for full release in early 2016, access will be via the website at eebudee.com.au or via an app from iTunes App Store or Google Play.

WHO ~ With his own children of primary school age, founder and previous telco executive Mike Fairclough realised there was a huge challenge in developing safe social media practices in young children.

QUOTE ~ "Think of eebudee as a set of digital training wheels for your kids, helping to keep them safe in an online world where people aren’t always who they say they are" -Mike Fairclough

$ ~ The company has invested nearly $400,000 from 25 early-stage investors in development of the social media system. eebudee will be seeking to raise additional capital and potentially broaden the shareholder base in the first quarter of calendar year 2016.

eebudee is in beta and planned for release in early 2016  and is ranked #1 on BNiQ Startups list.