App/tech business of the week – Prezentt

A web app that helps presenters and trainers connect better with their audiences. 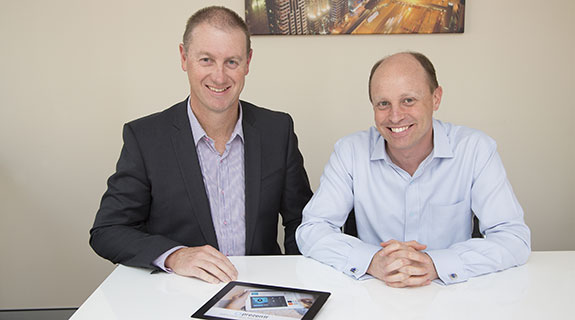 CONNECTION: Jeff Robson (right) and Justin Davies are targeting a market of up to 100 million users. Photo: Attila Csaszar

What ~ A web app that helps presenters and trainers connect better with their audiences.

Presenters get to understand which presentations are most effective by adding online interactivity and reporting to their Powerpoint, Keynote & Prezi presentations.

Slides are shared during the presentation allowing the audience to take notes, ask questions and leverage social media for more engagement with the speaker.

Who ~ As frequent public speakers, founders Jeff Robson and Justin Davies were frustrated by the process of sharing presentation content through traditional means and trying to extract maximum value from their audiences.

After initially developing and refining the idea in 2014, they added a full-time senior lead developer Bruce Werdschinski (CTO) to develop the service more fully.

$ ~ Prezentt is seeking $500,000 capital for expansion, and has been founder-funded to date.

The market ~ A year on from launch, the company has launched its new presentation editor, which allows easy synching with Powerpoint, Prezi or Keynote as well as other features.

The potential market is estimated at between 50 million and 100 million users and $14 billion of revenue annually.

Prezentt launched July 31 2014 and is ranked #34 by startup date on BNiQ Startups List.