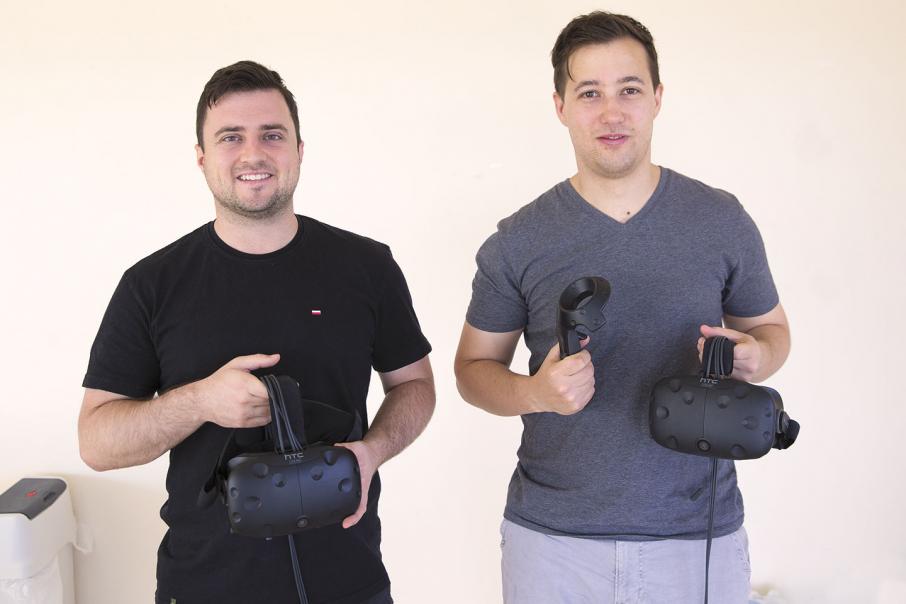 These games have been purchased by thousands of users from 60 countries. The team is in the process of developing these games for release on Oculus Home and the PlayStation Store, as well as developing future titles.

Where? ~ Valiant and Arcane are currently available for purchase via Steam, http://store.steampowered.com/. For more on Offpeak Games, visit http://offpeakgames.valiantgame.com .

Who? ~ Offpeak Games was founded in early 2014 by three friends. Christopher Parkin (CEO), a former mechanical engineer, enlisted the help of software engineer Liam Poli (CTO) and accountant Andrew Ravenscroft (CFO) to found the company, which employs a team of local and overseas staff and contractors.

Quotations? ~ “It’s nice to be working on a project in a sector that allows us to innovate, work with some of WA’s most knowledgeable people and have fun. We attribute this largely to the ongoing support of Vocus Upstart and the emerging WA start up community,” Andrew Ravenscroft said.

$/Market ~ Including selection for last year’s Vocus Upstart accelerator, the team has raised just over $100,000 in seed funding.

They project that revenue will fund organic growth but are open to discussions with VCs and other interested parties. The team is also co-developing a fishing-based VR game, ‘Crazy Fishing’, with Manawings, another Perth-based VR game developer. Goldman Sachs has estimated the size of the VR and AR market to be $US35billion by 2025 with the majority share going to VR gaming.