App/tech business of the week – OZeating

Established in 2008, OZeating is a news and entertainment website focused on food, drinks and restaurants. Relaunched with new look and new CEO in May 2015. 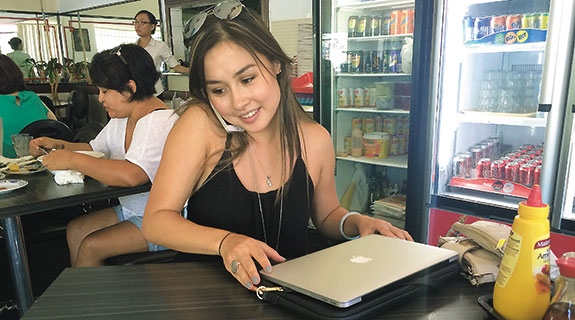 FRESH APPROACH: Jessica Jura came on board as CEO of OZeating this month.

Established in 2008, Ozeating is a news and entertainment website focused on food, drinks and restaurants. Relaunched with new look and new CEO in May 2015.

Ozeating aims to support restaurants, food stores, wineries and breweries, and plans never to charge them for anything.  Ozeating provides informative and quality editorial on (and from) the industry.

The website www.ozeating.com.au is accessible on all devices, including mobile and tablet.

Founder and project director Joel Hubble has designed every aspect of the Ozeating website, which has been developed using both local and offshore teams. New CEO Jessica Jura joined this month.

"We want to change the industry; we want to support restaurants, not take their money; we want them to provide great content, update their listings and to join our dining programs and other initiatives"  -Joel Hubble

The company has spent the past two years developing its new website, not just for Western Australia, but for roll-out into new states and countries. A financial analyst and major business owner were the most recent new investors, and Ozeating is aiming to take on one more before July 1 2015 with the launch of a VIP Card Dining Program. The business has 10 investors so far.

The company is in talks with banks about turning the VIP Card into a national credit card, as there are no food/restaurant oriented credit cards available in Australia. Currently with a team of four staff, the company is preparing for rapid growth across WA and then interstate and overseas.

Ozeating is currently ranked #1 in BNiQ Startups List, as its latest site launched on May 12 2015.