App/tech business of the week – Community2Go

Community2Go is a smartphone app system designed for organisations, community groups, schools and clubs to send information easily to members through real-time push messages and a simple Q&A menu. 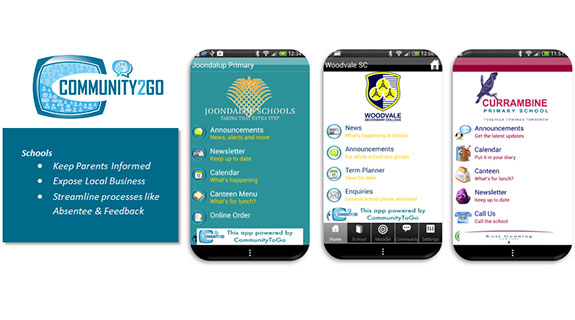 What? ~ Community2Go is a smartphone app system designed for organisations, community groups, schools and clubs to send information easily to members through real-time push messages and a simple Q&A menu.

Where ? ~ Each Community2Go customer has their own app published on the Android Play and the Apple App Stores. There are more than 100 such apps that have had 55,000-plus downloads collectively.

Who ? ~ The concept was developed by Elizabeth Wright, with cofounder Brendan Wright and software development manager Matt James.

Quotations ~ As members of communities ourselves, we were experiencing what the lack of information sharing meant such that we were unable to get as involved in community activities as we wanted -Elizabeth Wright

$~ The target market is any group of people that has a need to consume and disseminate information to its members. The company is also looking at sales channel partnerships and is in the process of setting up operations in Japan, the Philippines and the UK, and is interested in discussions with any potential investors.

News ~ Over the past year, the company has developed a number of new modules for teams, club administration and digital curricula. Two new modules are currently being developed, the first is for managing a club's roster duties and the second is for exposing information from an Oracle ERP.

Community2Go was launched in April 2012 and is currently ranked #62  by launch date on the BNiQ Startups List.