Approvals starting to fall for Artemis at Radio Hill

Artemis Resources has received a key safety approval for the installation of a new gold circuit at its Radio Hill processing plant near Karratha, W.A and it is now only waiting on the environmental and final licence approvals to start installation. The full capital and installation cost of the Gekko circuit and gold room equipment remains on budget at about $3m. 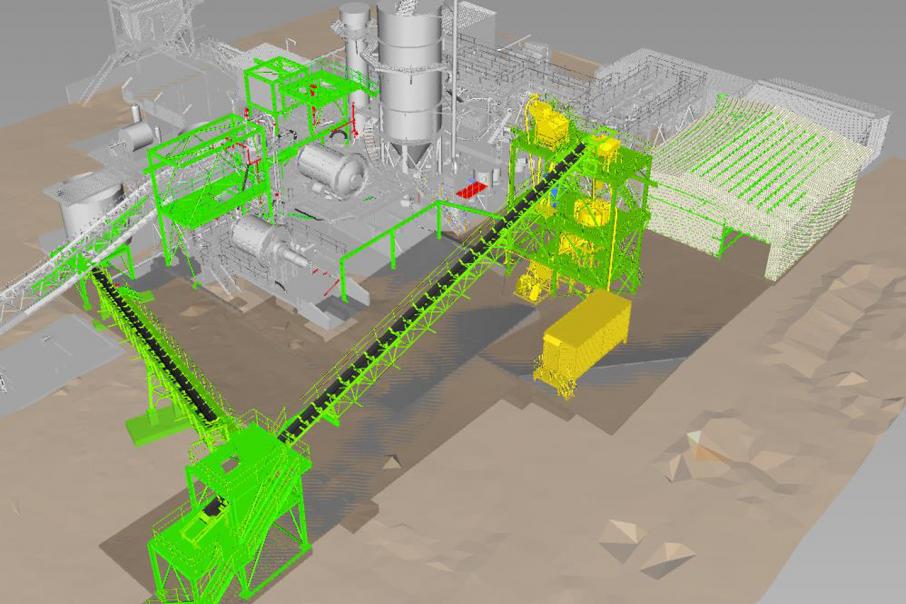 Artemis Resources is another step closer towards selling gold and banking cash after receiving the first of three key approvals needed to commence installation of a new gold circuit at its wholly-owned Radio Hill processing plant near Karratha, Western Australia.

The company has received safety approval for the 70-100 tonne per hour gold circuit and is now waiting on environmental approval and final licence approval before proceeding with the installation.

Once operational, the fully refurbished three-stage crushing circuit will crush ore at the rate of 100tph run of mine. The crushed ore will be fed directly into the Gekko supplied gold recovery circuit.

The gold recovery circuit is modular and has been specifically designed to recover both coarse conglomerate style gold nuggets and fine free gold.

The plant will also be capable of treating base metals and cobalt ores at a rate of between 40tph and 60tph.

Artemis previously flagged that it will shortly commence production of ores sourced from either the 47 Patch conglomerates, Silica Hills, Weerianna or a combination of these sources to commission the new gold recovery circuit.

It will then move on to sulphide base metals feeds from either the Radio Hill mine or the Whundo Mine while its Ruth Hill and Carlow Castle deposits will form the basis of a much longer-term base metals production strategy.

Artemis told the ASX in an update this week that full capital and installation costs of the Gekko circuit and gold room equipment remains on budget at about $3m.

The equipment has already been delivered to Radio Hill and once the final approvals are received, installation and commissioning will commence.

Artemis Chief Executive Officer Wayne Bramwell said: “Artemis is ready to install the new gold circuit, subject only to receiving the final Western Australian Government approvals to do so.”

“The installation of this new gold circuit into the existing 0.5Mtpa Radio Hill concentrator is the first stage of our strategic plan at Radio Hill and importantly, it provides Artemis the ability to bulk sample the gold targets that it has within its regional land holdings.”

“Concurrently resource development work is advancing with a view to bulk sampling and campaign processing to ascertain metallurgical characteristics of these shallow gold targets as a precursor to continuous gold operations later in the year.”

According to Artemis, its acquisition of the plant and resources near Karratha is the first time that both components have been consolidated into one company.

Notably, the existence of the old Radio Hill plant, which was running during the 2000s, significantly reduces the lead time that Artemis will need to start a mine.

Processing costs have been estimated by the company’s metallurgical consultants at between $20 and $22 per tonne for gold ores and $32 and $42 per tonne for sulphide base metal ores.

This will focus initially on bulk sampling, diamond drilling and costeaning activities, primarily at the emerging the Purdy’s Reward exploration lease.

Large bulk samples will be collected from the property and treated to provide the necessary gold grade data for a mineralisation report, an important step in underwriting the conversion of the current exploration tenement to a mining lease.

This included the recovery of gold nuggets at the 47K Patch.

The company’s Radio Hill mine has an existing nickel copper sulphide Resource of 4.02Mt grading 0.51% nickel and 0.88% copper remaining in the existing underground workings and mine development.

There are also stockpiles of mined material of around 300,000 tonnes and all the processed tailings that may have reprocessing value with recent developments in technology though this are currently non-JORC.