Eric Lumsden has stepped down as chairperson of The City of Perth, citing doctor’s orders.  Local Government Minister David Templeman is expected to announce a replacement commissioner before Mr Lumsden’s retirement on August 9.

Premier Mark McGowan has appointed John Langoulant chairperson and Nicole Lockwood as deputy chairperson of the inaugural Infrastructure WA board. Terry Agnew, Kerryl Bradshaw, Andrea Sutton and Wayne Zekulich have also been appointed to the board. Mr McGowan said in a statement he was confident the board would provide leadership in the infrastructure space, and that Infrastructure WA would drive investment and jobs in the state.

Energy Minister Bill Johnston has appointed Michael Court a non-executive director of Horizon Power’s board. Mr Court currently serves as deputy under treasurer with the Treasury. Acting chair Peter Oates said that Mr Court’s budgetary and fiscal expertise would be of benefit to Horizon, and that his appointment would further enhance the board’s capabilities.

Keith Hirschman has been appointed vice president of Orbital UAV’s US operations. Mr Hirschman has more than three decades of experience in the US army and defence industry, including as director of defence programs with Insitu. Managing director Todd Alder said Mr Hirschman’s firsthand management experience with unmanned aircraft systems made him an ideal candidate for the role.

TNG has announced Tony Sheard will take over as the company’s chief financial officer. Mr Sheard has worked with ASX-listed Integrated Group in the past, and has for the past four years worked as CFO with Mineral Commodities. He was also CFO with MSP Engineering, and finance manager for Tenix Defence.

Alex Ogg has been appointed chief executive of the Western Australian Fishing Industry Council. He currently sits on the board of the WA Research Advisory Committee, and was previously an operations manager of WAFIC. Chairman Ron Edwards said in a statement that Mr Ogg was well-equipped to face a range of challenges in the commercial fishing, pearling and aquaculture sectors.

The Westin Perth has appointed Nicholas Chapple director of food and beverage. Mr Chapple had worked with the Westin Sydney between 2012 and 2014, and has since held roles with AccorHotels and Sofitel. General manager Peter Brampton said Mr Chapple’s knowledge and expertise made him a perfect fit for the role, and that he would be invaluable in maintaining the service guests receive at the Westin Perth.

Paul Pryde has been appointed senior practice leader in the oil and gas industry at Gerard Daniels. He has previously served in human resource management roles throughout Singapore and Australia, and has held executive leadership roles with Imprint, Agilis and JTC International. Based in the company’s Perth office, he will help drive activity across the Asia Pacific region.

WA not-for-profit Bethanie has appointed Shane Ogilvie as chief of strategy and innovation. Mr Ogilvie has most recently worked in executive management with Commonwealth Bank and business management with Austal. He said in a statement that he was excited to bring his experience to the aged care industry, and that his background would assist him in the role.

Saschelle Blake has been appointed global head of marketing and customer experience at Tape Ark, a new role to help drive the tech company’s international expansion. Ms Blake is currently a non-executive director of the Health Insurance Fund, and sits on the council advisory board at Scotch College. Chief executive and founder Guy Holmes said Tape Ark was lucky have Ms Blake join the company, and that her skill set would be invaluable as the business continues its international growth.

Brett Heather has been appointed chief operating and technical officer of Alterra. Mr Heather brings experience in international retail supply chains to the role, having worked with the Costa Group as well as some of the UK’s largest fresh produce growers, packers and marketers. Managing director Oliver Barnes said in a statement that Mr Heather’s unique industry relationships and insight to market trends would complement Alterra’s executive team.

Botanix Pharmaceuticals has announced the appointment of two key US management executives, with Richard Peterson as chief financial officer and Howie McKibbon as chief commercial officer. In a statement, executive chairperson and president Vince Ippolitio said that securing the services of Mr Peterson and Mr McKibbon was a testament to the company’s impressive progress, and that it highlighted the potential of its cannabinoid portfolio.

Force Commodities has announced Mark Green and Bilal Mahomed will take over as operations manager and country manager of its Tshimpala project in Malawi. Mr Green has more than 20 years of experience with both listed and unlisted mining companies, and has worked in Angola, Liberia and the Democratic Republic of Congo. Mr Mahomed has previously worked in Malawi, and will bring his experience to the company’s activities in the country. 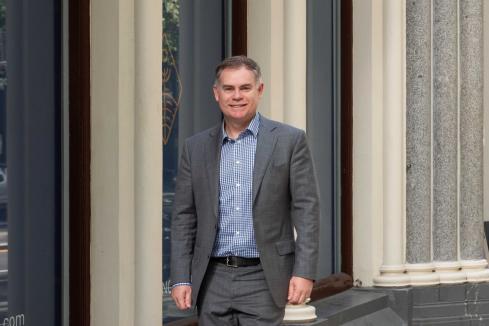