A Perth start-up has developed an app to aid in decision making. 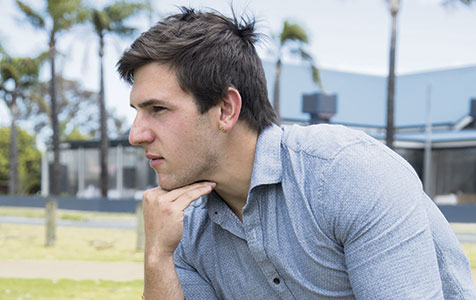 For every decision maker among us there's a procrastinator, and from time to time we display characteristics of both, depending on the nature of the decision.

Research has shown that many of us rely on gut instinct, which can often bring success but can also lead to poor results.

On the other hand, too much analysis can lead to paralysis, with nothing being done (although ironically, this outcome can sometimes be the best).

In July last year, 20-year-old Josh Winterton was in a clothing shop with a friend, who was asking him about what clothes to buy. Looking around the store, he noticed everyone was shopping with a friend.

"It suddenly struck me; people want instant validation on their decisions, that's why they shop together. Why can't an app help you do that?" Mr Winterton told Business News.

It was this thinking that led him to develop Tiinkk, a free iPhone app that was launched earlier this month.

Tiinkk has claimed more than 1,600 users in its first few days from 50 countries, and in the first 24 hours after launch had an incredible 1.9 million views with one influential blogger's mention being retweeted 1,000 times.

That's quite a buzz.

The central idea is sourcing advice from the 'crowd'. If you want to receive advice from friends on what clothes to buy or meal to order or song to download, then why not involve the whole world in the process and choose from as wide a variety of opinions as possible?

With this app you take a photo, add a comment, upload it to the news feed and watch feedback return to you in real time.

Having spent the three years since he finished school as a Forex trader, Mr Winterton formed a company, raised money from private investors and found a local Perth developer to build the app.

"We're probably going to have to build an Android version as well ... which actually surprised me – but requests have been coming in," he said.

If an app allowing gen Y's to solve day-to-day problems doesn't sound like your thing, then imagine the ability for businesses to throw questions to these opinion-givers. Companies wanting to do some market research would have a readymade waiting audience, who love voicing opinions. A shoe company might put up a query – do you like this design or that one?

First, though, Mr Winterton has to build scale. With enough users will come businesses willing to subscribe to pose questions to his users. Looking around the app world, there is already a similar app, called Thumb, which allows people to put a thumb up or down to an idea. It has 12.5 million users. Tiinkk takes the idea further and aims to partner with hundreds of companies, with forecast revenues of $30 million based on a strategic plan that changes businesses a subscription fee.

In a similar vein, another Perth app developer, Blond Gorilla, made news this month by winning an Australian Mobile award 2013, in the 'entertainment' category.

Its Video Jukebox app was commissioned by the City of Perth and allows users to program their favourite songs onto the big outdoor screen at Northbridge Piazza.

Now what do you Tiinkk about that?

Tiinkk and City of Perth Video Jukebox are available for free from iTunes.