App/Tech business of the week ~ PlantMiner 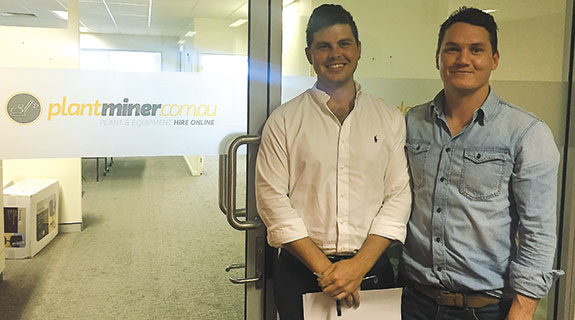 What ? ~ PlantMiner.com.au is Australia’s largest construction marketplace for acquiring plant, equipment and subcontractors. Searching is free to use, for anything from portable toilets to bobcats to 100-tonne excavators.

PROCURE.IT, a tailored enterprise procurement platform, was launched in early 2015, providing companies with a portal that manages all their estimating and procurement processes.

Based in Queensland since 2013, the site is national and has had more than 2,500 WA-based searches, and has more than 250 WA clients.

PlantMiner’s WA office has three staff members, while nationally the company has more than 50 staff and recently opened an office in New Zealand.

Where? ~ Website PlantMiner.com.au, or an app in the Google Play or App stores.

Who ? ~ PlantMiner CEO and co-founder Michael Trusler previously worked as a project engineer and one of his tasks was to procure equipment hire rates for projects. The process included calling multiple suppliers. He and co-founder Mike Davis built a business case, and then Tibor Halasz (VP of engineering) and his team of 15 software engineers work on the website and enterprise software platform.

Market ~ The procurement market for the construction industry nationally, in New Zealand and then globally.