It is difficult to know just how many golden secrets Anglo Australian’s Mandilla Gold project might still be hiding with recent drilling potentially identifying an 800-metre-long new target in the “Western Zone”, with results like 37m @ 1.64g/t gold from 104m. The new Western Zone is just to the west of Anglo’s Mandilla East deposit which is also growing in stature and size. 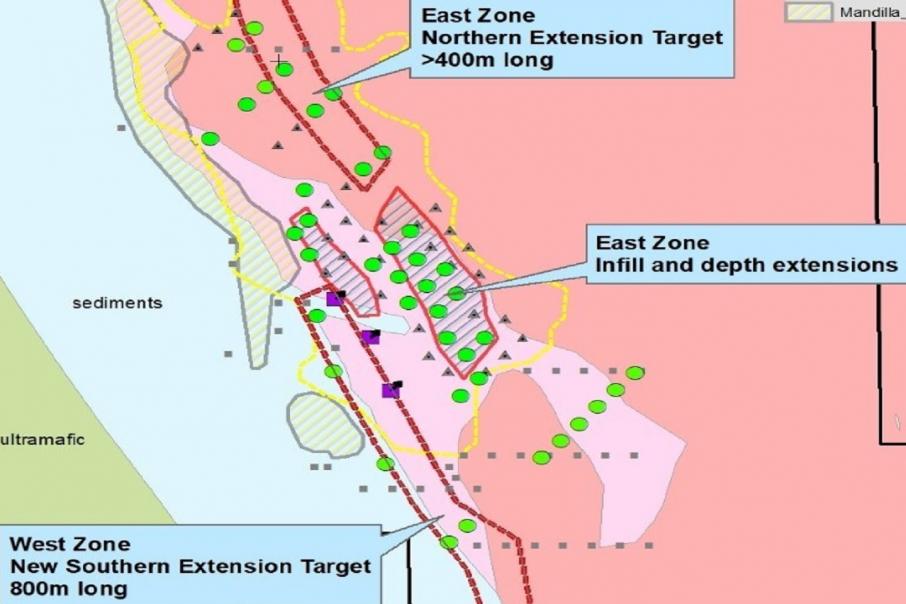 It is difficult to know just how many golden secrets Anglo Australian’s Mandilla Gold project might still be hiding with recent drilling potentially identifying an 800-metre-long new target in the “Western Zone”, with first up results of 37m @ 1.64g/t gold from 104m. The new Western Zone is just to the west of Anglo’s Mandilla East deposit which is also growing in stature and size.

At Mandilla East, where previous Anglo drilling hit a 112m intersection grading 1.5 grams per tonne gold from just 41m down-hole, a program of three deep drill holes is currently underway to look at the depth continuity and the structure of the deposit.

Three 150m deep RC “pre-collars” were completed on each hole in preparation for the diamond rig that will drill to the final planned depth of 300m.

The first results have come in for the RC pre-collars and unexpectedly, but fortuitously, they appear to have jagged a new zone, with a 37m-wide intercept grading 1.64g/t gold from 104m, now called the Western Zone.

The Western Zone has been defined over about 800m, firmed up a little more courtesy of the slimline RC campaign that Anglo wrapped up earlier this year. All results from the slimline RC drilling are now in with some of the best hits including 25m grading 2.2g/t gold from 24m and 14m grading 1.37g/t gold from 70m.

Anglo is yet to confirm whether this new Western Zone links to Mandilla East, which would be reflected as an overall gentler dip of the main mineralisation or whether this 25m hit is a new zone in its own right running parallel to the 70m-wide Mandilla East deposit.

The slimline RC rig also tested the northern extension of Mandilla East, known as the “East Extension Zone” – with the best result of 1m grading 19.37g/t gold from 44m. This hole is located 400m north of the previous drilling into Mandilla East and warrants further investigation, according to to the company.

It isn’t apparent yet whether Mandilla West and Mandilla South are one and the same and join up – further drilling will look to test this possibility – a prospect that would potentially extend the well-endowed Mandilla trend over about 4km.

John Jones, Chairman of Anglo Australian, said: “These new assay results continue to deliver excellent widths and grade and confirm that the Mandilla Gold Project has an extensive strike length whilst remaining open at depth…”

…“The evidence is pointing to the potential for an open-pit, bulk mining-style mineralisation.”

In 2013, Anglo Australia defined an inferred resource at Mandilla East of around 38,000 ounces of gold.

Gold mineralisation at Mandilla is hosted by a big felsic intrusion, rocks that are renown worldwide for hosting some chunky gold systems. Dacian Gold’s Eastern Goldfields Jupiter mine sits in a felsic intrusion and hosts a total resource of 1,276,000 ounces, at quite similar grades to Mandilla.

Looks like the gold bulls may be intrigued by this one for a while longer. 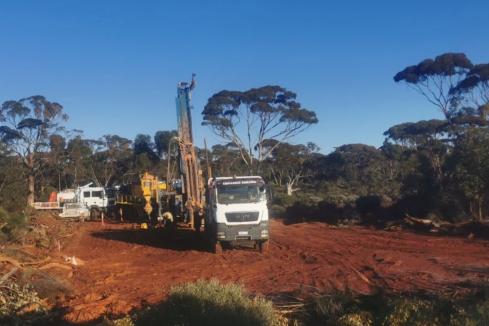