Anglo Australian Resources’ drilling program has intersected gold mineralisation at two prospects within its Koongie Park project near Halls Creek in Western Australia’s Kimberley region. One of the holes at the Bull Dog prospect returned a peak result of 1m @ 11.27g/t gold from 22m down-hole while a hole at the Nicolsons East prospect returned 3m @ 1g/t gold from 23m, including 1m @ 1.49g/t gold from 24m. 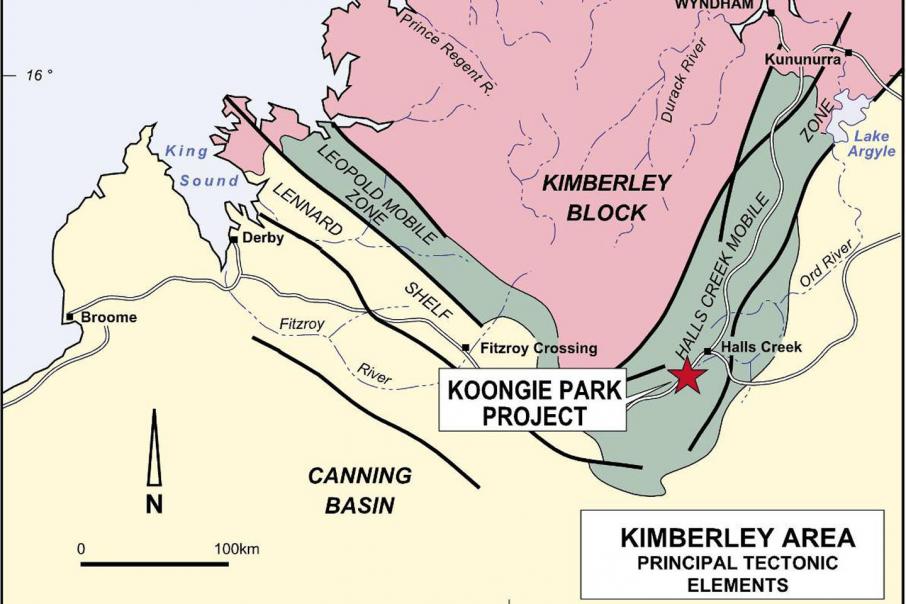 A total of 15 holes for 822 metres were drilled in the recent program, targeting the mapped positions of quartz vein outcrops at the two prospects and test the potential scale and grade of these structures.

The company has also identified several other geochemical gold anomalies that will be subject to further review, including field validation in the coming months.

Priority will be given to geochemical gold anomalies that fall into favourable structural corridors such as south of Nicolsons mine.

Previous exploration in the area has focussed primarily on locating base metals mineralisation, rather than gold.

The company’s field work geological reconnaissance and sampling programs at Koongie Parklocated gold mineralisation in quartz veining over a strike length of 1.7km at Nicolsons East and generated new exploration targets for Bulldog.